Tyler Perry has landed another project with Netflix, which announced that the wealthy filmmaker will develop and direct a film about the valiant all-Black American female battalion that served in Europe during WWII.

According to Deadline, the film, Six Triple Eight, will be Perry’s fourth for Netflix. The film’s production will revolve around an article written by Kevin M. Hymel. The relevant article was published in WWII History Magazine.

The all-Black female battalion of the Women’s Army Corps, known as the 6888 Central Postal Directory Battalion, was sent to portions of France and England to help solve problems brought on by the Second World War.

The formation of the all-Black female battalion was made possible by Mary McLeod Bethune, an African American civil rights activist who, at the time, appealed to Eleanor Roosevelt, the then-first lady of America, to create more meaningful roles for Black women in the army to help balance out the shortage of soldiers. Bethune’s request drew the attention of the first lady, who then assisted the military in creating a space for an all-Black female group to labor in Europe during the war.

The first all-Black female battalion in the world was dispatched from the United States to serve in portions of Europe during World War II in 1945. The 6888 Central Postal Directory Battalion was trained and sent off to help manage the postal service in Europe, with the main mission of clearing several years of abandoned and backlogged mail across Europe.

Major Charity Williams commanded the battalion going to Europe, which consisted of 855 women. Their motto was “no mail, no morale,” and they were dubbed the “six triple eight” by the public.

Throughout the war, the ladies labored in unsafe and risky situations in abandoned and contaminated aircraft and offices. While still serving, they were awarded the European African Middle Eastern Campaign Medal, the Good Conduct Medal, and the World War II Victory Medal for their efforts. President Joe Biden presented the women the Congressional Gold Medals in March. That is Congress’ highest distinction. 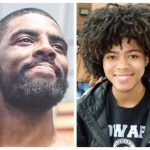 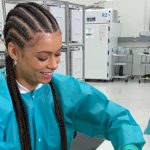