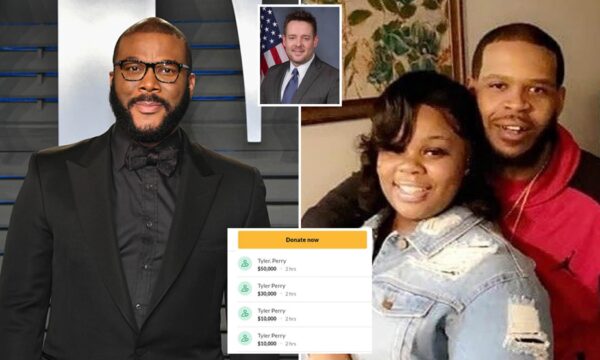 Tyler Perry has donated a large sum of money to Kenneth Walker’s GoFundMe that’s raising money for his legal battle against one of the cops responsible for the death of his girlfriend, Breonna Taylor.

The media mogul has been on a philanthropic streak over the last couple of years. His recent work helped pay for the funeral of Rayshard Brooks who was gunned down by Atlanta PD in a parking lot, paid for the groceries for senior citizens across multiple grocery stores, fed families for Thanksgiving, and covered the funeral and rent for Tynesha Evans, who was fatally shot outside of a bank in 2019.

This is what showing Black people they matter looks like. @TylerPerry donates $100k to legal defense fund of Breonna Taylor’s boyfriend. #ValueUsAlive pic.twitter.com/W2OXFTpEnk

Walker’s GoFundMe, launched by the 22-year-old son of his attorney Steve Romines on November 10th, describes the injustices that unfolded the night Breonna Taylor and Walker clashed with Louisville police this past March.

“Kenny Walker witnessed his girlfriend’s death at the hands of police officers, was intimidated and targeted by the LMPD before charges were later dismissed, and has been through hell since,” the fund’s page declares. “Now one of the officers on the raid that killed Kenny’s girlfriend is suing him for assault and ‘emotional distress.’“

“The raid that killed Breonna Taylor was poorly conceived, nightmarishly executed, and hastily covered-up. The subsequent grand jury proceedings were farcical and staged. Daniel Cameron’s statements were disingenuous, at best. Jon Mattingly’s lawsuit is the nearly-unbelievable next step in this ongoing mockery of justice. Help us fight it!”

The description goes on to inform visitors of the page a lengthy explanation of how Walker and Taylor were unfairly handled by the LMPD. The end of the post is where it shows the heartbreaking footage moments after police encountered Walker at gunpoint.

Back in October, Jonathan Mattingly, one of the Louisville police officers involved in the murder of Breonna Taylor, claims he experienced  “severe trauma, mental anguish and emotional distress” when Walker, a licensed gun owner, fired his weapon at officers entering his residence. Mattingly was “shot and nearly killed” when the bullet struck him in the femoral artery in his upper thigh.

Walker has constantly stated he believed he was defending himself against intruders when officers failed to identify themselves in the violent encounter that deadly night.

Walker’s lawyer responded to the lawsuit in a statement to People:  “This is the latest in a cycle of police aggression, deflection of responsibility, and obstruction of the facts in what is an obvious coverup. The counterclaim just brings it full circle. If Kenny can be sued for defending himself, make no mistake, all lawful gun owners’ rights are at risk. And that should scare everyone. We intend to defend Kenny —once again— from baseless charges intended to harm, intimidate, and cover up the events of March 13, 2020.” 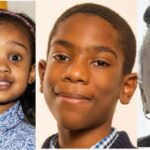 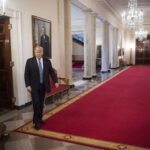