Drs. Gameli Dekayie and Chantale Stephens-Archer have been friends since 2001 and they went through the University of Chicago together, were roommates and earned the title of the first doctors in their families. The two have now moved their partnership to a totally new level by opening a business together. 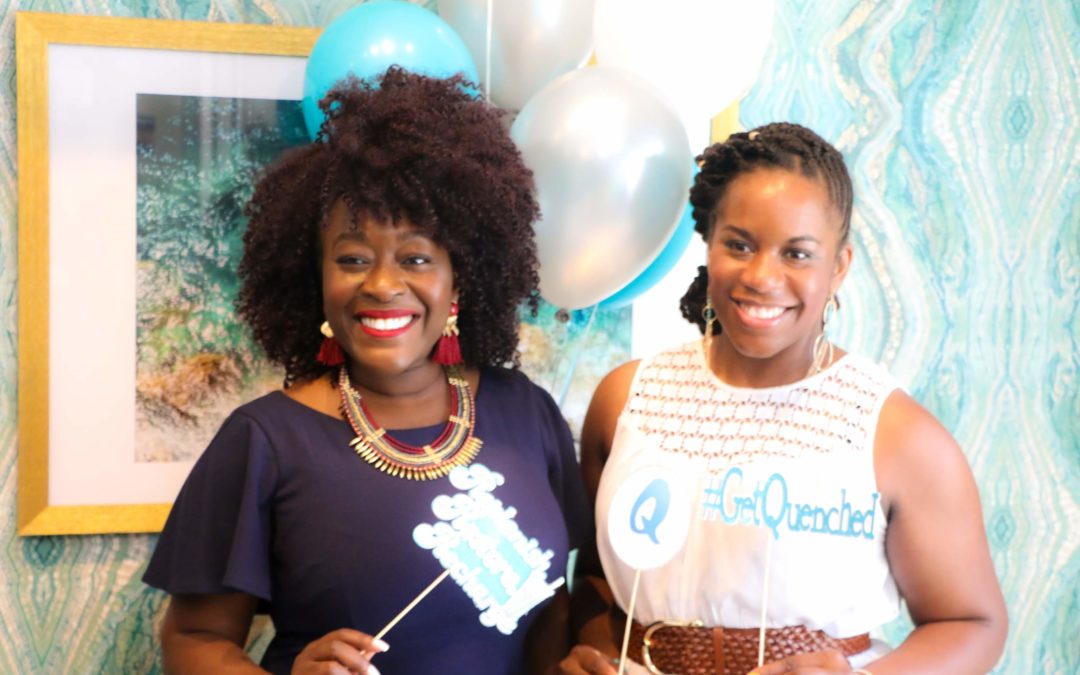 “We respect each other, and we’re accountable to each other, whether it’s been in college, medical school, in relationships or even working out together,” said Dekayie, of Hyde Park. “She’s like my accountability partner. That has strengthened our friendship, and it also has helped with our business.”

Dekayie and Stephens-Archer, both of Elmhurst, are a true demonstration of the American Dream come true. Dekayie wasn’t actually born in America. She moved to the country at the age of 5 and half years from Ghana. A former resident of Park Forest and an alumna of Rich East High School, Dekayie graduated from the University of Chicago before she later earned her medical degree from Rush University and accomplishing her residency at the University of Chicago. Besides working at Quench, Dekayie is also a respected ER physician and Associate Medical Director at Advocate South Suburban Emergency Department in Hazel Crest.

On the other hand, Stephens-Archer was brought up in Ashburn and would later graduate from Whitney Young Magnet High School before furthering her studies at the University of Chicago and subsequently completing residency training at University of Illinois at Chicago. Stephens-Archer, whose mother is from Guyana and her father from Barbados, works full-time as a Hospitalist for DuPage Medical Group. She’s been blessed with two young daughters, Hailey, 5, and Zuri, 3.

“Part of the reason I started this business was I’m hoping my daughters can see what going after your dreams looks like,” Stephens-Archer said.

The two friends, both 35, first had contact in 2001 when they met at a University of Chicago’s summer visitation weekend and learned that each would join the school come fall. When they finally joined, they were roommates for the entire four years and continued staying together for more years while still studying at different medical schools. And because of their commonalities, the two were inspired to start BestiesMD, a platform aimed at empowering women through health education in a friendly, relatable and sisterly approach.

Their launch of Quench is another chapter in their friendship.

“It’s even harder than medical school because there’s no roadmap for being a successful business person, but Gameli and I are going to give it our all,” Stephens-Archer said.

Quench is going to provide a platform for Stephens-Archer and Dekayie to have another level of experience even as it also offers them an outlet for their creative and artistic strengths.