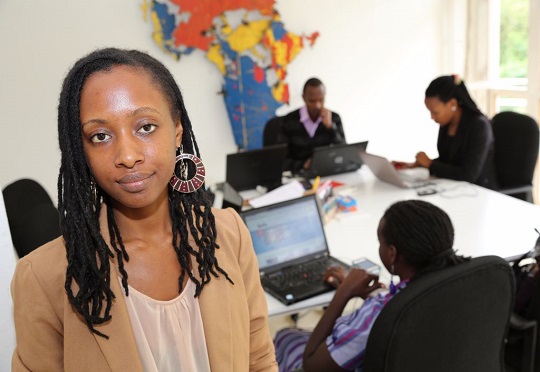 The tech and e-commerce industry remains a male-dominated playing field globally, but a surge in women demanding a seat at the table – and delivering the goods online – means that this could change.

A handful of women disruptors from developing countries are challenging the status quo to narrow the gender gap at home and further afield. UNCTAD is working with some of these inspiring women to reshape how trade happens online.

Seven women from across the developing world were announced as UNCTAD’s first “eTrade for Women Advocates” on 24 September on the margins of the 74th session of the UN General Assembly in New York.

These women are crushing the gender gap by building flourishing digital businesses and creating wealth and employment in their countries through vision, passion and dedication.

According to Pitchbook, in 2018, startups in the US with only female founders took a meagre 2.2% of the $130 billion venture capital deployed.

“Imagine what the figure is for those in developing countries?” Ms. Nkoth Bisseck posed, adding that many women in these nations have the ideas and solutions to not only solve development challenges, but also make viable businesses.

“We must support them – but more than that, we need to ensure they are heard and influence policymaking. These women will in turn be a source of inspiration for other women in e-commerce,” she said.

UNCTAD’s eTrade for Women initiative is premised on the need to harness the positive impact of digital technology, combined with the transformative power of female entrepreneurship, to accelerate wealth creation and poverty reduction in developing countries.

Drawing on their groundbreaking work in e-commerce, the advocates, selected from around the globe, are overcoming barriers and helping to create the world we want by 2030 by leveraging technology to build wealth in their communities to meet the UN Sustainable Development Goals.

These seven “super” women have also been selected to inspire other digital women entrepreneurs and help ensure women have a seat and a voice at the policymaking table for a more inclusive local, regional and global digital economy.

The eTrade for Women project by the UNCTAD-led eTrade for all partners initiative is supported by the Netherlands.

The initiative complements UNCTAD’s work in support of digital entrepreneurs, such as the eFounders Fellowship Initiative, where young entrepreneurs are empowered to be game-changers and champions for the new economy.

Serving over two million users across Africa, Clarisse Iribagiza’s company develops innovative technologies that enable businesses to optimize their operations and reach more customers anywhere and on the go.

Founded in 2010, the firm creates an online presence for local retailers by powering their e-commerce platforms, giving them broad access to both local and global consumers through an online store, an inventory management system, shipping and pickup options, and digital payment services.

She is also a member of the Presidential Youth Advisory Group at the African Development Bank. 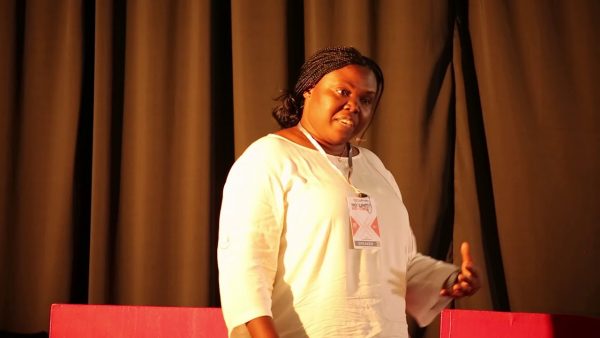 Patricia Zoundi Yao founded her company, QuickCash, in 2010 to make it easier for rural people and workers in the informal sector to make money transfers, after cutting her teeth in business at her mother’s side, selling items in villages in her country.

Since then, she has created two other firms – Digital, which plans to launch the mobile payment service Kiffpay in November, and CanaanLand, which provides services to small-scale farmers.

She has received various awards for her business achievements and social impact.

Nina Angelovska, minister of finance of North Macedonia and co-founder of Grouper.mk

Ms. Angelovska has worked as a business development and e-commerce consultant, and her work earned her a place in the “Forbes 30 Under 30” in Europe list in the retail and e-commerce category in 2018.

She believes that through digital innovation, fintech and a strong commitment to developing human potential, she can better contribute to sustainable economic development. She is a role model, particularly for women and digital entrepreneurs, and wants to inspire young people to step out of their comfort zone.

Nazanin Daneshvar from Iran, founder and CEO of Takhfifan

With over 10 years of experience in the e-commerce field, this proficient software developer has created the most popular group buying website in Iran.

Nazanin Daneshvar is an avid supporter of the Iranian start-up movement, through which she mentors women who are making a mark in e-commerce.

She is a frequent speaker at start-up and technology events, where she inspires change by encouraging women to break new ground in digital entrepreneurship.

Claudia de Heredia from Mexico, co-founder and COO of Kichink

Claudia de Heredia manages one of the largest e-commerce platforms in Mexico. Its purpose is to democratize online retail by enabling small- and medium-sized businesses to enter the digital retail space. It powers over 45,000 stores in Mexico.

She was head of growth for the platform from 2012 to 2017, leading it from zero to 25,000 merchants. She has headed the firm’s operations, optimizing logistics and shipping costs, integrating AI and developing payment processing and fraud prevention systems.

She is part of the advisory board of Women´s Forum Mexico and speaks on topics related to entrepreneurship and e-commerce in various international forums. She previously worked at P&G Marketing Mexico, where she managed several brands, and is currently a partner at Revolt VC.

Helianti Hilman from Indonesia, founder and Chairperson of Javara

Helianti Hilman is at the forefront of promoting and sustaining Indonesia’s food biodiversity heritage by introducing and bringing indigenous food products from across Indonesia to the broader market.

Inspired by Indonesia’s food biodiversity, indigenous wisdom and spiritualism, in 2008, Ms. Hilman left her work as a consultant and founded PT Kampung Kearifan Indonesia, also known as Javara, which uses digital technology to manage its supply chain. Javara also markets its products on social media to boost the sales of its retail store in Indonesia and to reach buyers globally.

It works with tens of thousands of farmers and food artisans across Indonesia, producing over 600 artisanal products, of which 250 are certified organic for US, Europe and Japan markets. It serves over 300 retailers, hotels and restaurants within Indonesia and exports products to 23 countries in five continents.

Xiaofei Yao from China, founder and CEO of Rogrand

Xiaofei Yao is big in China. That’s big. Founder of the largest pharmaceutical e-commerce platform and pharmacy benefit management company in China, Ms. Yao is devoted to transforming the pharmaceutical industry to bring about safe, efficient, affordable and accessible care to everyone.

In 2018, she was honoured by the China Finance Summit as the ‘New Economy Person of the Year’ in recognition of her achievements. She has introduced a new whole-of-chain business model into the pharmaceutical industry to form a new healthcare ecosystem, streamlining healthcare and insurance benefits for the public.