Handwritten lyrics to one of Tupac Shakur’s Grammy-nominated hits are up for sale for a cool $75,000.

With fans doing all they can to earn whatever prized possessions left behind by Tupac 20 years ago, his handwritten ‘Dear Mama’ lyrics has now been placed up for sale. According to TMZ, MomentsInTime.com is selling Tupac’s handwritten lyrics to his 1995 hit song ‘Dear Mama.’
The three-page love letter to his mother Afeni Shakur is being sold for $25,000 each, for a total of $75,000.

The sheets were said to have come from the studio where Tupac recorded the song and MomentsInTime.com say they purchased them from a private collector in Poland.

However, it was also reported that there are a few notations on the side, of names of rappers Tupac may have potentially wanted to collaborate with. 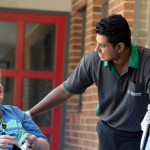 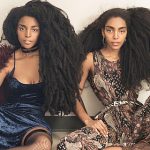