For many, the death of Tupac Shakur remains a source of conspiracy theory and also claim that he is still alive. His former bodyguard, Michael Nice, also revealed that the rapper is alive and claims to have evidence of what he says.

Lesane Parish Crooks, known to millions of fans by the name of Tupac Shakur, died on Friday September 13, 1996. He was the victim of a car shootout. Although several sources report that the killer was a gang member, identified as Orlando “Baby Lane” Anderson, several conspiracy theories suggest that the rapper is still alive.

One of the people who refuse to let the world believe that Tupac is really dead is his former bodyguard, Michael Nice. In fact, Michael claims that he had faked his death just to be able to prove that he had helped the rapper do the same.

In December 2018, several media reported that Michael Nice died a few days before he released evidence that would confirm that Tupac is alive.

However, in a video shared on YouTube, Michael Nice says he faked his death to hide from his enemies.

“I know it’s a shock to everyone who knows me, but I’m back, I’m back to explain everything. I admit that I simulated my death and I am ashamed of it, but I had to do it and I am here now to give explanations. “

Michael says that the fact that he faked his own death proves that he also helped Tupac do the same because he has the “experience” to do it. “I did it again with myself. This proves that I have these abilities. ”

Michael also says that he had received threats and that if he had not faked his death, he would have already died.

Explaining how he managed to do this, Michael Nice says he arranged for an ambulance to pick him up after he pretended to be dead. Thanks to a magic trick he learned when he was young, he managed to stop his pulse so that when a paramedic examined him, they thought he was dead.

“I have kept a low profile for a year and I am back now to tell my story, clear up the story and continue the mission,” he said. 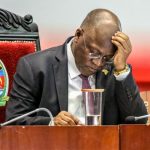 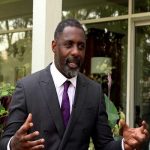