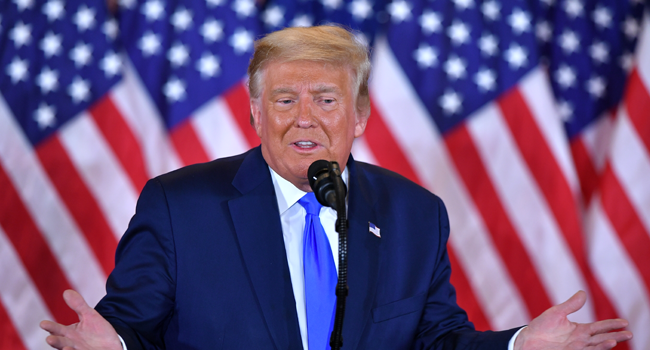 Amid coronavirus vaccine approvals and rollout, surging case numbers and spiraling deaths, and an economy in limbo, the United States President is reportedly holding private meetings at the White House in an effort to overturn the result of the presidential election he lost in November.

The New York Times and several other media outlets are now reporting that Trump has held meetings with lawyer Sidney Powell and his recently pardoned former national security advisor Michael Flynn who have, among others, pushed for the President to declare martial law in the key swing-states that he lost.

ALSO READ:  Nancy Pelosi's Daughter Hands Trump a Bottle of Water in the White House Without Anyone Checking; 'It Wasn't Contaminated'

The Times says there was pushback from inside the oval office meeting on Friday including from Chief of Staff Mark Meadows and White House Counsel Pat Cipollone.

The President continues to consider options to overturn the result despite the outcome being certified in all states while his campaign and those supporting it have lost almost five dozes cases in the courts.

Some of the President’s supporters, including newly pardoned Flynn, are openly highlighting options like deploying the military to rerun certain swing state elections.

“He could immediately on his order seize everyone of these machines around the country on his order. He could also order within the swing states, if he wanted to, he could take military capabilities and he could place them in those states and basically rerun an election in each of those states. It’s not unprecedented, I mean these people out there talking about martial law as if it something that we’ve never done. Martial law has been instituted 64 times,” said Flynn speaking to conservative news website Newsmax.

Trump lost the Electoral College and the popular vote by over 7 million votes but has refused to concede the election, even as senior Republicans in Congress have acknowledged President-elect Joe Biden.

“The Electoral College has spoken. So, today, I want to congratulate President-elect Joe Biden. The president-elect is no stranger to the Senate. He’s devoted himself to public service for many years. I also want to congratulate the vice president-elect, our colleague from California, Senator Harris. Beyond our differences, all Americans can take pride that our nation has a female vice president-elect for the very first time. I look forward to finishing out the next 36 days strong with President Trump. Our nation needs us to add another bipartisan chapter to this record of achievement,” said Republican Senate leader Mitch McConnell.

President Trump’s Twitter timeline is riddled with misinformation and conspiracy with the platform flagging a majority of his posts with a simple message – “this claim about election fraud is disputed”.

But that has done little to quell the contagion of his fabrications among his supporter base who recently rallied in Washington D.C. in support of the President.

“I felt that the Supreme Court should have at least heard the case. Somebody has to hear the evidence and allow at least those of us who believe that this election was fraudulent to hear the evidence pan its way out, pan itself out, and make a decision based upon the facts. Not saying that you don’t have standing because you don’t have an injury because we all have injuries over this. I’m from Pennsylvania, my vote didn’t count,” said one of the supporters. Another supporter said; “We the people cannot accept communism in this great country. We will stand against it.”

The United States Congress will meet on 6 January to affirm the election result, setting the scene for a final showdown where some Congressional allies of the President are expected to call for a debate in the House – a move that doesn’t have widespread support even among Republicans.

Republican Senate leader Mitch McConnell for example has urged his senate colleagues not to contest the election results when that joint-session of Congress meets next year, leaving a dejected outgoing President flirting with the fringe. 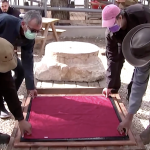 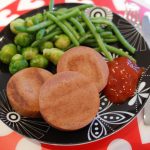