It is the ordinary Zimbabweans who are worried and not the ruling elite! They could not care less.

Anyone can go around in Zimbabwe and see the schools and clinics built, equipped and paid for using USA aid. Every year, millions of Zimbabweans, have relied on the Americans and other foreign donors for food, medicine and other bear necessities of life; they know they cannot rely on their own Zimbabwe govern.

Over a year and half ago President Mugabe admitted that $15 billions in diamond revenue was “swindled”. To date, no one has been arrested, not a single dollar recovered and the Minister of Finance, Patrick Chinamasa, has since given up hope of ever getting any diamond revenue. The diamond mining is going on 24/7 but no one is paying any tax thus confirming the “swindling” is going on unabated.

Many people believe the industrial scale “swindling” in Marange and Chiadzwa diamond fields in costing Zimbabwe as much as $15 billion per year. $150 m of USA aid has accomplished so much; how much more would $15 b have accomplished? You do the maths!

As a Zimbabwean, I too am concerned to hear America is going to cut its aid to the country, because I know many Zimbabweans, dependent on the aid, will suffer. Still, I can understand why the American taxpayer, as is the case with many other nationals, is suffering from donor fatigue. Every year, without failure, for the last four decades; Zimbabwe government officials, academics, individuals, everyone have all trooped in and out of the American Embassy, begging for help of one form or another. The donors have been amused to see what the beggars are doing!

ALSO READ:  2018 in Review: The Year Robert Mugabe and Wife Finally Gave Up?

The same Zimbabweans pestering the donors with their begging bowl have never lifted a finger to stop the $15 billions per year being “swindled” under their own noses. Zimbabwe’s ruling elite, especial President Mugabe and his family, live such an extravagantly lavish lifestyle that even filthy rich Hollywood stars would cringe at such criminal waste. So, if the victims of the Zimbabwe’s criminal waste of the country’s resources cannot be bothered to stop it; why should the American taxpayer or anyone else out there be expected to step in and alleviate the victims’ suffering.

There is, of course, a practical aspect to aid; there is a limit to the size of gap donor aid can bridge. Zimbabwe’s economic situation has grown worse and worse and the begging bowl has grown bigger and deeper and the line of beggars has grown longer. Even if the Americans double their aid to Zimbabwe, instead of cutting it; the size of the begging bowl and queue will grow because the insatiable greed of the ruling elite increase ten-fold overnight if need be to soak up the wealth and generate the poverty.

The prosperity of the people of Zimbabwe was never dependent on how much the nation collected in the begging bowl but rather on how well the nation managed its human and material resources for the good of all and not just the few ruling elite!

If Zimbabweans allow Zanu PF to rig next year’s election and thus allow the swindling and criminal waste of resources to continue then, of course, the nation’s economic misery will get worse. We will have only ourselves to blame for this since it is in our power to stop the vote rigging and put an end to the decades of misrule.

We can stop Zanu PF rigging next year’s election by demanding the implementation of the democratic reform, which, if implemented will stop vote rigging; BEFORE the next elections.

Today, we, Zimbabweans, are the poorest in Africa because of four decades gross mismanagement and rampant corruption under this corrupt and tyrannical Robert Mugabe dictatorial rule. Not even the generous donor aid from the Americans and other nations was enough to save us from the economic meltdown brought on by the Zanu PF criminal waste of resources. We, Zimbabweans, have let ourselves down because it was for us and not anyone else to ensure we have a competent and accountable government at all times from the day the country attained her independence in 1980. We did not.

“Mudzimu inorwira anozvirwira!” (God helps those who help themselves!) as one would say in Shona. Zimbabwe’s economic situation of 90% unemployed, 72.3% of the population now living in poverty, etc. is now so serious and urgent the country will become socially and politically unstable is nothing is done to revive the economy. It is for us, Zimbabweans, and no one else, to find a solution to our present problem of bad governance!

The threat by the Americans to cut foreign aid, should help focus the nation’s minds on the task in hand – implement the reforms and hold free, fair and credible elections. 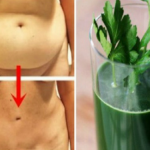 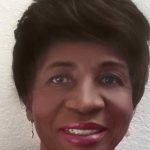