A Nigerian friend, with whom I went to university in the UK, had tribal marks on his cheeks. I never felt comfortable enough to ask him about them but eventually the subject came up. He wasn’t proud of his traditional Yoruba markings and was tired of explaining to foreigners that they were not accidental scars.

Woman from Benin with tribal marks

He felt sad that he had never known his face without them and wished he’d never had them. I had always been under the impression that people with tribal marks were uneducated and lived in rural areas, the bearers of African traditions without compromise, but it isn’t always the case. My friend was from an affluent family, brought up in an urban area by educated parents who made the choice to uphold their traditional practices by having their kid’s face marked. That was thirty years ago, but now fewer and fewer people are choosing to do the same. Is this one of the consequences of modern Africa adjusting its beauty barometer according to Western standards of beauty or are we simply changing our traditions and culture to suit ourselves?

Slave trade
Tattooing in Africa dates back thousands of years, from inked symbols of fertility on women in ancient Egypt to tattoos symbolising tribal hierarchy. Detailed documentation is hard to come by because of the time period and number of tribes, but tattooing both on the body and the face holds a fixed place in Africa’s history.

It is believed that the use of tribal marks on the continent increased during the period of the Atlantic Slave trade. Tribe members being shipped off as slaves to foreign countries were marked to identify them should they ever be rescued or freed – permanent signatures of their heritage. Tribal and clan wars, beauty, witchcraft and superstitious beliefs were also among the reasons for marking.

Fast forward to 2012 and these reasons are no longer as valid. In Nigeria, an ongoing countrywide petition to ban tribal marks is being lobbied, primarily by human rights activists, and some states have outlawed the practice. The Osun State government introduced a law stating: “No person shall tattoo or make a skin mark or cause any tattoo or skin mark to be made on a child”. The law, obviously targeted at a particular demographic, mainly in rural areas, was fuelled by the increasing number of families marking children to ward off evil spirits as well as other superstitious and spiritual beliefs.

ALSO READ:  READ: The Unforgettable Speech Nigeria’s First President Dared to Give in London Against Imperialism in 1949

Beauty
There’s a group of women who beg for money on a sidewalk near my place of work. Besides the physical characteristics that could make them identifiable as belonging to a particular tribe are their facial markings – many tiny dots on their foreheads and cheeks. The marks are often made on girls during puberty by their mothers, who use thorns to create the adornments.

A baby gets initiated for a tribal marking

Sometimes I look at these women and wonder if they consider the faces of the countless women they encounter without such markings as beautiful or the opposite? Are their markings an extension of what they perceive as beautiful or are they more concerned about preserving and prioritising cultural traditions regardless of a Western or modern African definition of beauty?

Or is the matter even all that deep and complex? Maybe it is all they know. After all, they didn’t mark themselves. On the one hand, all around you is evidence of the lengths to which women go to achieve flawless skin. On the other, are women such as these with tribal marking that consumes and dominates their faces. In their village the value and relevance of their cultural adornment is normal and accepted, but what happens when they leave that surrounding?

Modern Africa
When they leave the village to come to the city, they can never blend in – they become a mobile trailer of the African who refuses to move with the times. One that not only represents a National Geographic stock photo for Westerners, but also one that is far removed from what we believe is a representation of ourselves, the modern African, the African more influenced by Western ideas and definitions than they would like to admit.

Beauty is in the eyes of the beholder belongs in self-help books. In reality, our ‘beauty’ is judged by everyone we meet, it can affect our job prospects, our relationships and even how strangers treat us. Our African traditions didn’t know an advanced Africa was on the horizon.

Western trend
Oddly enough, there are sub-cultures in America and Europe that go in for facial tattoos, but like most fads it is guaranteed to be a fleeting trend, one that will probably increase the demand for laser surgery in years to come. In the rural areas of Africa, some people are still marking their children, and for them it is far from a trend.

Modern Africa isn’t fighting tradition but disputing the historical rules, superstitions and practices that claim to assign us to our tribes and clans. Our traditional attire is evolving, as is our food and our languages, and some of our practices are expiring. In all the ways the West influences us, we subscribe to those trends out of choice; we aren’t defenceless. It’s unlikely the ‘facial tattoo’ will catch on in Africa – been there done that.

Source: This is Africa 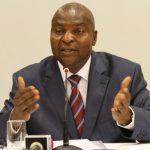 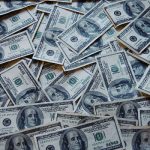