ALSO READ:  Interesting Facts About Gorillas You Need To Know (You wouldn't believe the last one)
Loading...

According to Naude Dreyer, OCN marine biologist, the tests done by scientists from around the world came out negative for toxins and diseases.

“There was no presence of diseases. We are still waiting for more tests but for now, we can conclude that the seal pups and mothers died of starvation because the seal moms were so thin there is definitely a link to starvation,” Dreyer said.

Meanwhile, he said the situation for the seal colony has stabilized and the population is recovering.

Dreyer said there is a complete turnaround and the seal population is growing with about 5,000 to 10,000 new pups born so far.

“The situation of the seals is getting better as there are many new healthy pups being born. They are completely healthy. The fish have started coming to the surface as it is getting warmer,” he said.

In October, more than 7,000 seal pups were found dead at Pelican Point near the port of Walvis Bay, west Namibia. The pups were born pre-maturely and died 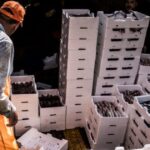 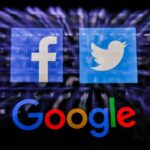