Former Royal Marine Matthew, who served in the 2003 Iraq conflict, is selling his three service medals to help fund a four-year-old’s £200,000 cancer treatment – even though the pair have never met. The 35-year-old said yesterday how he was moved to auction medals for service in Afghanistan and Northern Ireland, as well as his Iraq campaign medal, after reading about Lottie Woods-John’s battle with neuroblastoma on Instagram. Despite living 90 miles from the sick child, the married father of one has now listed the three medals on eBay, where they have so far attracted 11 bids. The duty manager at a leisure centre, from Cheltenham, Gloucestershire, said: ‘When I came across Lottie’s fundraising campaign, I was heartbroken to read of her battle against childhood cancer.
‘As a father, I couldn’t imagine seeing my baby daughter, Freya, suffering like that. My medals were just sitting in the drawer doing nothing, and I thought they could be used for something worthwhile.’ Lottie’s parents Charlotte Woods, 36, and David John, 44, an events manager, discovered Lottie had cancer after she became ill at the end of a family holiday in Cornwall. Initially, they thought their daughter was suffering from a tummy bug after persistent vomiting. But when her stomach started to swell, Lottie was rushed to A&E at St Peter’s Hospital in Chertsey, Surrey. Doctors found a melon-sized tumor in her stomach and she was diagnosed with stage-four neuroblastoma, an aggressive childhood cancer. 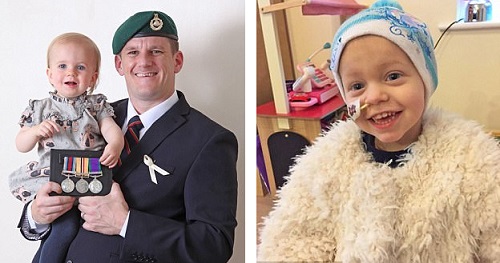 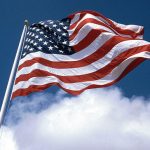 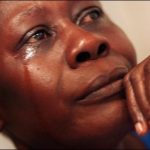