Africa is considered the second largest continent in the world. It is also the second world’s most populated continent. Unfortunately, it is regarded as the poorest continent in the world but this does not mean that everyone in Africa is poor. There are several African countries that have embraced democracy and abandoned monarchies that were headed by kings. However, there are still some countries that are still ruled by kings, for example Swaziland, Lesotho and Morocco. It is important to first point out that, African leaders and kings are some of the few wealthiest people in Africa.

To be recognized as a traditional king in Africa is a very rewarding affair. Not only will you have power and control over a region but you will have spiritual, economic and social control over the people. The following are the top 5 richest Kings in Africa:

Otumfuo Osei is the ruler of Ashanti kingdom, a gold-rich kingdom in Ghana. He got into power in 1999 and rules as the political as well as spiritual leader of the Asante people, the country’s largest ethnic group. He set up a $12 million sales company, Transpomech Ghana in 1989 after working in several private and public organizations in the UK and Canada. This company offers mining equipment to numerous huge industrial and manufacturing companies in Ghana. He also owns widespread real estate property in Ghana and also in South Africa. On top of that, he owns a collection of precious gold crown jewels. His net worth is approximated to be $10 million.

He was the monarch (Ooni) of Ile-Ife, a very old city situated in Osun state in south-western region of Nigeria. Oba Sijuwade Olubuse II, passed away at the age of 85 after a short illness in a London hospital on July 28, 2015 having been on the throne for 35 years. He was the founder and initiator of the renowned Sijuwade Group, a Nigerian firm with keen interests in oil and gas, property development, construction and hospitality. In partnership with Centrica PLC a London listed energy giant, Sijuwade group also owns huge stakes in 2 onshore oil blocks and a construction company that handles road construction and repair projects in Nigeria. He was also the owner of a number of residential properties in the UK and Nigeria with an estimated net worth of at least $75 million.

King Mswati is among the continent’s wealthiest royals. King Mswati III controls Tibiyo TakaNgwane, a big holding investment company that owns major stakes in two major sugar refining companies; the Royal Swaziland Sugar Corporation and Ubombo Sugar. The Tibiyo investment company also owns stakes in Parmalat Swaziland, a dairy company, Swaziland Beverages, a spirits manufacturer as well as the Swazi Spa Holdings, a hotel chain in Swaziland. On top of the assets, the King also gets an annual salary of $61 million as at last year which is paid out from the government treasury. The King’s net worth is approximated to be at least $100 million.

This is the traditional monarch (Ugbolo) of Ugbo land. Ugbo land is a little oil-rich village in Ondo state in the southwestern region of Nigeria. King Oba is the founder and creator of Obat Oil, which is one of the leading privately owned oil trading companies in Nigeria. Obat oil currently owns over 50 gas stations all over Nigeria and it is among the major tank firms in Africa. On top of that, King Oba Akinrutan owns a huge collection of prime residential and commercial property in Nigeria and London. For example he owns the Febson Hotels and Mall in Abuja. He has an estimated net worth of $300 million.

The wealthiest king in Africa is King Mohammed of Morocco. His fortune is derived from his control and influence of the SNI (Societe Nationale d’Invetsment), one of the leading Moroccan investment holding companies with property valued at over $10 billion. King Mohammed also owns a considerable amount of the world’s phosphate reserves. It is essential to point out that SNI has a 48% stake in Morocco’s largest bank, the Attijariwafa. On top of that SNI also controls stakes in Marjane Holding, a mass distribution giant, Managem Group, a mining company and Inwi, a mobile telecoms company. He has an approximated net worth of $2 billion.

In summary, some of the above top 5 richest Kings in Africa have worked tirelessly for their wealth from scratch, built successful companies and invested their money in profitable business entities; while others inherited the wealth from their parents and forefathers. 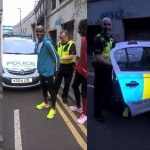