Mosquitoes are flying insects known to have about 3500 species of smaller insects. They are slender and have segmented body: one pair of wings, three pairs of long hair-like legs, feathery antennae and elongated mouthparts.

Their consistent cycle consisting of egg, larva, pupa and imago stages gives them the ability to reproduce at a rapid rate. In most species, adult females lay their eggs in stagnant water, some species also prefer to breed in lakes, some in temporary puddles while others in saltwater.

Mosquitoes are known to be the main cause of malaria. The female anopheles mosquitoes pick up the parasite from infected people when they bite to obtain blood needed to nurture their eggs. The parasites multiply rapidly in the liver and then in red blood cells of infected persons.

Algeria is the first place in the world where the malaria parasite was discovered by French physician Dr Charles Louis Alphonse Laveran in 1880. It reported its last case of indigenous malaria in 2013 after a hard battle against the disease for hundreds of years.

ALSO READ:  LISTED: These 8 African Countries Can Now Visit Barbados Without a Visa

With the continuous fight to eradicate malaria in Africa, these places in the continent are somewhat mosquito-free.

Graaff-Reinet is a town in the Eastern Cape Province of South Africa. It is the fourth oldest town after Cape Town, Stellenbosch and Swellendam, this region is known to experience persistent snow.

Due to its cold climatic nature, mosquitoes cannot survive in that region. People travel from far and wide to experience the snow which covers the surroundings of the town.

With humidity of 36 percent and wind speed of 10 km/h, this region is a mountain pass located in the West of South Africa and on the road between Underberg, KwaZulu-Nataland Mokthtlong, Lesotho. It clearly has an extreme weather condition for mosquitoes to survive and breed.

Known as the only skiing resort in Lesotho, Afriski is also a mosquito-free zone. With close proximity to the Maluti Mountains located 3030 m above sea-level, extreme cold conditions make it impossible for mosquitoes to survive.

Afriski is an hour drive from Johannesburg or Pretoria via the steep tarred Moteng pass and the Mahlasela pass.

Located in the middle Atlas region of Morocco, Ifrane is a city located at an elevation of 1, 665 m (5,463 ft) in Tamazight. Because of its elevation, the town experiences snow during the winter months and a cool climate during the summer. Still wondering why they don’t have mosquitoes?

This mountain is located in the Rwenzori range and it is the highest mountain of both Democratic Republic of Congo and Uganda. It is the third highest mountain in Africa with an elevation of 5, 109 m. Mosquitoes are unable to reproduce or survive at such heights.

Mount Stanley is named for the journalist and explorer, Sir Henry Morton Stanley. 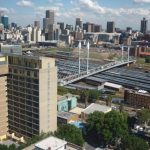 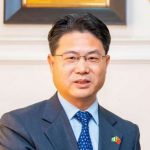