The study considered 500 locations based on data relating to the cities themselves, pollution, finance and the well being of its populace.

The cities were ranked from highest to lowest value and then awarded a standard score based on their ranking in the following manner:

A low score indicates a low level of stress, with each increasing number indicating a higher level of stress for this factor. A score of 1 represents the least amount of stress possible and 10 indicates the most. Secondly, all umbrella categories (City, Pollution, Finance and People) were given an overall score based on each sub-category.

ALSO READ:  These 19 African-Americans Were The First To Be Awarded Oscars In History

Lagos is evidently the most stressful city in Africa for obvious reasons. Its public transport is inadequate and the site of smoke coming oozing out of numerous yellow buses on its roads can be a nightmare. It has the highest debt per capita, unemployment figures of 9.34 out of 10. Compared to land mass, it boasts of a population density of 7.64, zero green space and ranked lowest in terms of security. An average Lagosian spends 3 hours inside traffic, with a 9.21 on the ranking. Where social security is almost non existent (9.52), same as the purchasing power, it does make up for its shortcomings as the least noise polluted city and gradually advancing its public transport sector to serve a population of over 23.5 million.

South Africa is ranked on the list based on its poor mental health record, high suicide rate but a public transport that makes it easier to navigate the beautiful city. Although, unemployment rate is on the highest side, with a cumulative figure of 9.70. Air pollution of 8.70 and tensions in race relations, degradation in its health sector and mental health makes it one of the most stressful cities on the continent.

Algiers has had its own fair share of insecurity in recent times, stemming from jihadists activities in the North African country. It’s noise pollution levels and traffic which averages 1.5 hours on the road not unconnected to its population density. It ranks best in terms of social security among the list, and its public health and mental health makes Algiers a city that thrives on welfarism.

It is the North African version of the Sun City, Casablanca is the third on the list of least stressful cities in Africa. Air pollution is considerably low, although it ranks significantly low on issues relating to mental health and social security, it does make up for its lack by the provision of health and household income, with a family purchasing power of 7.63. Despite its location as a city in the desert, it has invested more on green space, a beautiful city of trees that has transformed the ecosystem. Although, in recent times, traffic in the city has become a concern, due to migration and increase in population, it is still not beyond control, even as public transport is needed still to provide respite for its growing population.

Its population density is 1.97 and its green vegetations means you’re able to breathe in good air with a pollution rate of 7.28, second only to Nairobi. Although debt per capita is still huge, with 8.82, mental health issues are not a common thing here and unlike many other African countries, social security and family purchasing power is comparably lower. People are not rich, but can live within their means. Agriculture in its subsistence and commercial quantity is why most don’t necessarily have to look for a white collar job. The traffic is predictable too.

The East African country is the least on our list of Africa’s least stressful cities with a population density of 6.01 and its public transport system of 8.73 by standard deviation. Also, in terms of debt per capita, most households rank above 8.75, although the figure for 2017 was a bit on the low side. Noise pollution, unemployment rate, social security and mental health are other parameters why the city is a holiday destination in Africa. 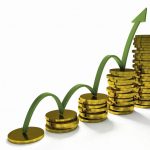 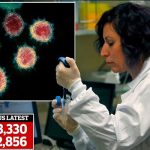