The African American story is all about perseverance. When they told us we were intellectually incapable, we learned to read and write. When they said we could only be field hands, we became entrepreneurs. When we were told we were physically inadequate for “civilized” sports, we brought home the gold. And when they gave us scraps to live on, we made masterpieces.

Here are four foods America would not have without black people:
Ham Hocks and Black Eyed Peas

If you’re from the South, this is probably a staple at every family gathering. Because ham hocks consist mainly of skin, tenderloins, and ligaments, they were not viewed as prime cuts of the pig. Of course, slaves were given the undesirable or leftover pieces of meat, so ham hocks (the knuckles of the pig) were relatively common for slaves.

Ham hocks don’t have much meat, so they cannot be a satisfying meal alone. However, combine ham hocks with black eyed peas and the two blend together to create a delicious dish. The pork helps with flavoring the beans, while the beans add extra protein to the meal and make it more filling.

Battered and fried with some hot sauce, is there anything better than catfish? For many of us, the first answer that comes to mind is a definite “No!” Though considered delicious and delectable now, there was a time when eating catfish was received with a raised brow.

ALSO READ:  'Libya Slavery': Meet The Man Who Is Allegedly At The Middle Of All The Unhappy Blacks In Libya
Loading...

Now known as a myth, catfish were once considered bottom feeders. Bottom feeders are aquatic animals that primarily receive their food from the bottom of a body of water. Generally, it was believed all the scraps or waste from other animals fell to the bottom, and so, bottom feeders were eating “trash.” Their lowly diet made catfish an objectionable dish, but our ancestors did what they had to survive. Objectionable to some was made mouthwatering by us.

Whether you like yours with a little salt or a little sugar, shrimp and grits is a Southern staple. Combining these two great, yet not seemingly compatible, foods into one lovely dish is probably one of the best food inventions since fried potatoes. Not only does this dish leave you wanting more, but it served a practical purpose for our ancestors.

Shrimps are omnivores, but they’re known for eating decaying plants and scavenging the bodies of dead animals. The diet of these aquatic animals isn’t exactly appealing; still, they’re a great source of protein. Similar to ham hocks, it’s hard to get full from shrimp alone. However, once you add a heavy starch like grits, you can get a lot from a little.

Some of us like it fried, some of us like it pickled, and then there are those of us who just love okra, no matter the fashion prepared. Okra can be found in many Southern cuisines, as well in dishes from around the world. However, this delicious plant began its roots in Western Africa, and was first introduced to the Americas (Brazil initially) via slave ships in the 1600s. Though there is still debate about how okra made its way to North America, considering it was first recorded in Brazil from Africa, it’s a safe to say this little plant may have hitched a ride up north somehow. 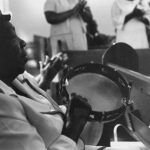 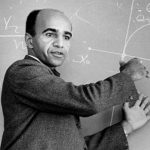