You never can tell how it feels to be a young millionaire until you become one. Many young famous entrepreneurs started out early with just a dream to make a change and boom! Their dream turns into reality.

Have your parents ever told you something like, “that is your mate buying cars and building houses for their parents?” well, it happens a lot especially in Nigeria here.

We know that some entrepreneurs get rich quick but still others do it even when they’re still very young.

While many young people out there are struggling to get a university degree, graduate with good grades, and get a high paying job. What a risky plan. And yet there are also some who are making headlines with their ground-breaking inventions and ideas.

If you think you are too young to be a millionaire then you really have to check out this top 30 list of young millionaires before the age of 20 and be motivated:

1. Ashley Qualls:she is the founder of whateverlife.com. what started as a passion to showcase her design skills soon became a hot spot for girls of her age to interact. Someone begged her to sell the website for $1.5million and a car but she refused.

2. Juliath Brindak: passion to create sketched characters at age 10 gave birth to a complementary social media at 16. Her company Miss O & Friends is now worth an estimated $15million.

3. Sean Belnick: At 16 he started an online shop with $600, selling trading cards. From there he moved on to selling furniture which gave birth to bizchair.com. by the time he was 20, he was worth $24 million.

4. Adam Horowizts: At 15 he challenged himself to make his first million by his 21st He is the founder of Mobile Monopoly a site that offers tutorial for learning mobile marketing. He reached his goal of becoming a millionaire eventually.

5. John Koon: At 16 he started an auto parts business. Scored a deal with MTV. With his connections at MTV, he started a Fashion line. He’s now worth $40 million and may soon be billionaire.

6. Cameron Johnson: At 11 he started a greeting card company which earned him about $350,000 per month. When he was in high school, he was worth at least a million.

7. David and Catherine Cook: Two siblings got super rich by creating a digital yearbook (myyearbook.com) and today the site is worth about $100 million.

8. Nick D’ Aloisio: At age 12 he designed a news app worth $30 million according to Yahoo.

10. Fraser Doherty: At 14 he started making home-made jams via his grandmother’s recipe. His company, Super Jam soon became a huge demand in major UK super market. He became a millionaire.

11. Mark Zuckerberg: He is not a new person. We all know the founder of Facebook. He began swimming in wealth when he founded Facebook.

12. Michael Dunlop: I never knew he was a millionaire because of his simplicity. This millionaire blogger is a high school drop-out. He owns incomediary, retireat21 and pop-up denomination.

13. Andrew Fashion: This mini rocket launchers designer is worth more than $2 million. Unfortunately, he lost all to women and gambling. 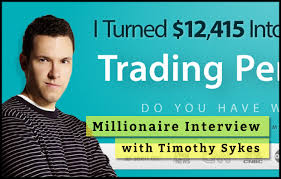 15. Tim Sykes: This famous and young stock investor was worth more than $1.5 million at 21.

17. Kiowa Kavovit: At 6 she became a millionaire.

19. Chris Philips: at 17 he was the founder of Dot5hosting. Made millions from web hosting and domain registration. At 19 he was making $10 million every year.

20. Farrah Gray: Gray is the owner of Farr-out Food, which raked in orders worth $1.5 million by the time he turned 14.

22. Madison Robinson: At 15 This epitome of Entrepreneurship created Fish Flops, originally only selling flip flops with childish design. She later created an app for it, earning $1 million in sales.

23. Justin Biebier: he is no new person. We all know him. He started on a low key with youtube video. He is indeed a savvy entrepreneur, branching out into apparel, fragrance and other business ventures.

24. Robert Nay: A self-taught coder, when he was just 14 he drummed up 4, 000 lines of code to create the Bubble Ball game. He made it free to download on Apple, and in two weeks more than one million people had downloaded it. He earned $2 million in those two weeks.

25. Dominic McVey: When this Londoner was 13 he started importing scooters from the U.S. (which were much cheaper than what was domestically available, given the dollar to pound ratio) and selling them locally. He was a millionaire by the time he turned 15. He went into partnership with Visa and now is worth around $10 million.

26. Gary Martin: at 15 This Irish entrepreneur began running his own night club. At 17 he moved on to property management. By 18 he was worth $20 million and counting.

27. Carl Churchill: The British entrepreneur started his first Web design business at 12. Today, he’s worth around $10 million, but he made his first at 19.

28. Andrew Gower: he is a game developer who started developing at age 8. He is the founder of Jagex Game Studio. Now the 46th richest entrepreneur in UK and worth almost $200 million.

29. James Murray Wells: when the young college student in Britain realized that there wasn’t an online shop for eyeglasses, he quickly started one. He earned $4 million his first year.

30. Michael Furdyk: he founded TakingITGlobal at 17, and now he spends his time growing his business in more than 200 countries.

For the sake of time and space I have decided to keep the list at 30. You see there is no official age to become a millionaire. You may say these guys are not in Africa or Nigeria but I tell you that they have the same head as you with red blood flowing within them. Don’t wait until you graduate from the university. You can start making a huge impart in your country. Life is too short to be a failure. It is not illegal to start a business at a young age and nurture it to a huge success. Start Now. It’s never too late. You can make that list, if you really want to.