Have you ever wondered who is the poorest president in Africa, well if you do, we have got your back with this post on top 3 poorest Presidents in Africa 2018

Muhammadu Buhari has been Nigerian president since March 29, 2015 and has N30 million to his name. He has $150,000 in his savings account with the Union Bank. With President Muhammadu Buhari’s savings puts at a meagre at $150,000 (N30m), The Washington Post has said in one of its’ reports that Buhari may be the only leader in Africa with the least wealth. According to the report, Buhari was described as being extremely poor when compared to other sub-Saharan African leaders.

ALSO READ:  In Photos: The Top 10 Most Beautiful Daughters Of African Presidents

It was also reported that President Muhammadu Buhari has five homes and two mud houses in his native home in Daura Local Government Area of Katsina State, Nigeria, an orchard and ranch with 270 head of cattle, 25 sheep, five horses and poultry farms. The president was said to have acquired two automobiles through his personal savings. It was reported that he had no foreign account, factory, private companies nor oil wells. President Buhari has shares in one of the top paint manufacturing companies, Union Bank and Skye Bank.

His other assets include two undeveloped plots of land in one of the ancient cities in the North and another in the Southern region of the country.

Robert Mugabe has been the President of Zimbabwe since December 1987. Unlike his counterparts whose net worth estimated at $100Million and $200Million, Robert Mugabe’s net worth is estimated to be around $10Million according to reports made available in 2016. He led the guerilla forces and was regarded as a hero for the liberation of Rhodesia from the colonial masters. He assumed office as a President in 1987 after ruling as a Prime Minister in 1980. Robert Mugabe has been involved in a number of controversies, specifically the plunder of neighbouring Congo. It was reported that violence has marred his program aimed at redistributing land that was inequitably distributed during his country’s time as a colony of the United Kingdom.
Contrary to international media claims that President Robert Mugabe is a billionaire, having creamed off the country’s coffers over the 34 years he has led Zimbabwe, his wife, Grace Mugabe was reported to have said that the 93-year-old is actually the world’s poorest leader during a political meeting with traditional chiefs at the First Lady’s multi-million dollar compound in Mazowe, Zimbabwe in 2014. So Robert Mugabe is Number 2 on our list of the poorest President in Africa.

Idriss Deby has been in power since 1990. His net worth is estimated to be $50 million. He rocked the international media towards August 2006 resulting from his request that his nation should have 60 percent stakes in its output after receiving crumbs from foreign companies running the industry. Amongst the African presidents, Idriss Deby ranked number 3 on our list of the poorest president in Africa after Robert Mugabe. 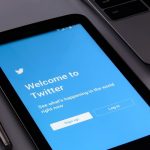 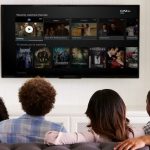