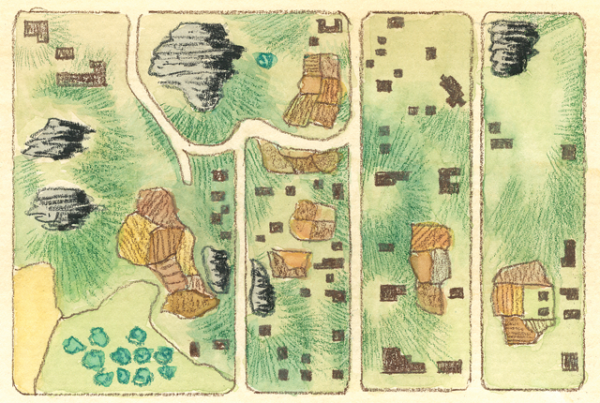 One of the exclusive black towns in America is Seneca Village which was located in the present day Central park. Seneca was founded by Epiphany Davis and Andrew Williams who were both African-American in 1825. The two bought the land from a white delivery man, John Whitehead. They bought the land at $125 per plot. Whitehead is said to have sold up to 24 plots of land to black people. The village was thus filled with blacks who came from New York after the abolishment of slavery in the city. It was generally a meeting point of the blacks and it grew over the time it existed.

There was construction of buildings and churches such as the AME Zion church which was a church founded by the black Americans. A school house for the children of the residents of the town was also constructed to satisfy the growing need for education among the freed slaves. The town was however demolished and the black residents displaced when the New York legislature decided to create the Central Park in the position of the town. By the time the town was demolished, there was a record of about 250 residents and 70 buildings constructed in the area. 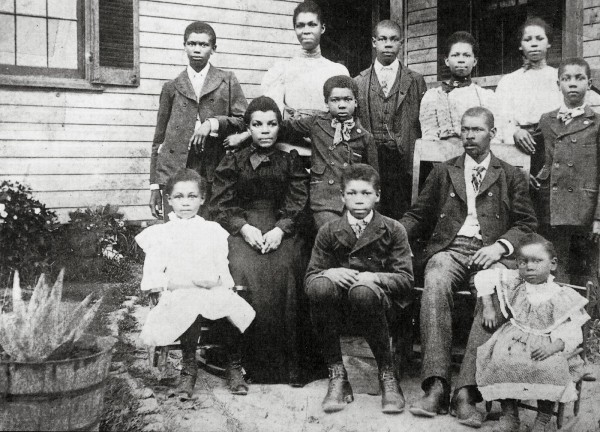 North Brentwood was the first municipality for the African-Americans in Prince George’s County. It was incorporated in 1924 in North Brentwood by a white commander of the 19thinfantry of colored troops in Texas during the civil war. Wallace A. Barlett the founder of the town, created the Holladay Land and Improvement division in 1887. Barlett then sold the improved land to the black persons in the troops as well as other black people who were formerly slaves. North Brentwood then became a politically and economically sufficient town. It had its own government and business as well as religious institutions flourished in the town. A school was also started in the town in 1902 to help the children of the freedmen to learn in order to improve themselves. In 1930, the population of the town was around 800 people. The town was however often flooded after long rains but the U.S. Army Corps engineers in 1950s constructed a levee that solved the problem.  The town is however still in existence but with a reduced population of only 517 persons as indicated by the 2010 census. 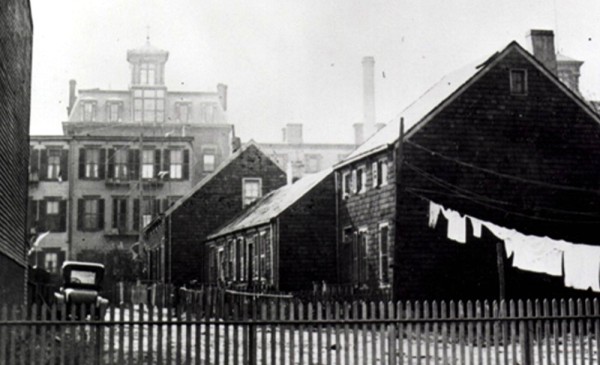 New York is one of the places with very many black residential towns and Weeksville is one of such towns. The town was formed by a black freedman named James Week. He formed the town after purchasing a large tract of land from Henry C. Thompson who was also a freedman. Weeksville was formed in 1838, after the slave trade in New York had been abolished. The town prided in having schools for the free slaves and it also had churches and flourishing businesses. Some of its other great features was that it had a home for the elderly as well as an orphanage. The town was full of professionals of all kind who were encouraged to work to improve their skills. Weeksville also had an independent newspaper called The Freedman’s Torch. The newspaper was one of African-American first newspapers. The town continued to grow over time and by 1900, it was home to about 500 families. The town was however engulfed by Brooklyn which was growing rapidly. The town was however made a landmark in Brooklyn in 1971.

Oklahoma’s Greenwood District was an affluent African-American town in the U.S. It was thus known as the Black Wallstreet since it boasted many successful businesses. It also had a great residential existence with great buildings for. It was however damaged on June 21 1921 when the residents of the town were attacked by white rioters. The rioters attacked the town following allegations that a black man by the name Dick Rowland had rode in an elevator with a white woman known as Sarah Page. The allegations indicated exaggerated accounts on what had happened and they were spread until they reached the white community which was riled by the allegations. They thus attacked Greenwood where they looted, torched down houses and massacred hundreds of blacks in the town.  After the riots, the town continued to be a thriving black community until segregation was ruled out. The blacks were therefore free to shop in other places in the city thus Greenwood lost its vitality. 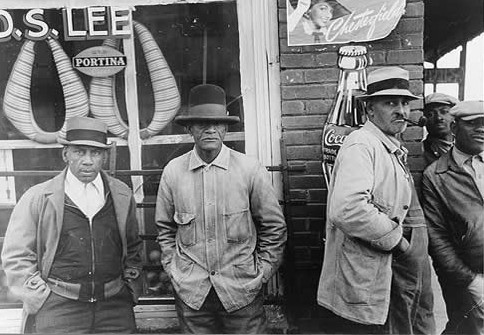 In the Yazoo Delta of Northwest Mississippi was an all-black town, Mound Bayou which was started in 1887 by Isaiah Montgomery and other 12 pioneers. The idea of the town was to build on the welfare of the black Americans. They aimed at enhancing race-pride, social justice and economic opportunities. Mond Bayou was also self-segregated in the sense that they avoided contact with the whites until the time when integration was made an option. The town had a post office, churches, a bank and many schools which were both private and public owned. The town also had a newspaper, The Demonstrator which was the main thing that pushed for education of the black population. By 1911 the population of the town was 8,000 but it reduced due to the great migration. The Great Migration which happened from 1915 to 1930 led to a plunge in the population of the town. In 2010 the population was 1,533 people as indicated by the 2010 Census a decrease from the 2000 Census when it had 2,102 people. 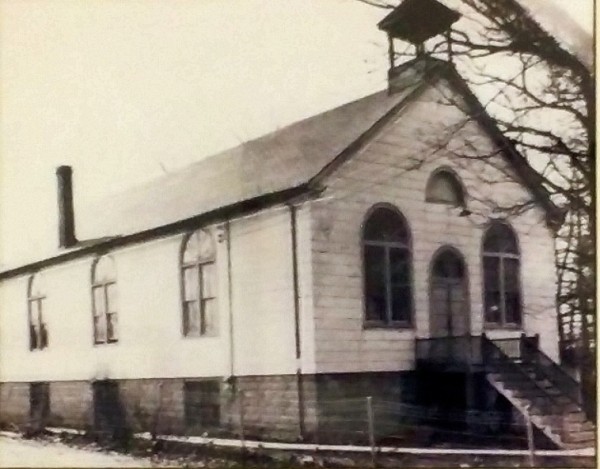 In Maryland, Glenarden a town of African-Americans started in 1910. It begun when W. R. Smith, a black man purchased large tracts of land 10 miles from Washington D.C and started a community there. The town then grew into a middle-class society with development in all sectors of the economy. It had a school house and a church, the St. Joseph’s catholic church. The town grew over decades and became a thriving region. The town thus filed for incorporation in the state legislature as the town of Glenarden. It was approved in 1939 making it to be the third town of African-Americans in Maryland state. There were so many businesses in the town and it continued to grow with time. It had within it; barbershops, a post office, restaurants, dry cleaners and even a gas station. In 1994 the town was however changed to be named City of Glenarden. It has grown over the years to a population of about 1,535 families living in the city in 2010. 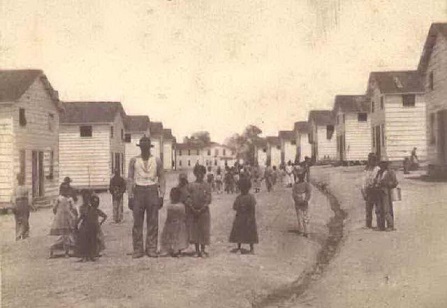 Freedman’s Village was established by the U.S. government in 1863. It was created to solve the issue of the increase of black population as slaves escaped the South during the Civil War.  The increase was also because the Columbia congress had freed all the slaves in the district. The blacks therefore went to the town to look for jobs and a place to stay. The main aim of the village was to educate the freed men and their children, give food aid and train them for jobs. Over a long duration, the population of Freedman increased with a school that had initially enroled 150 students recording a high of 900 students. The U.S. supreme court however ordered the closure of the village in 1882 and the land given to the military. Though the village had been created temporarily to solve the increase of freed slaves, it recorded very high population. The village was located in the present day Arlington cemetery. 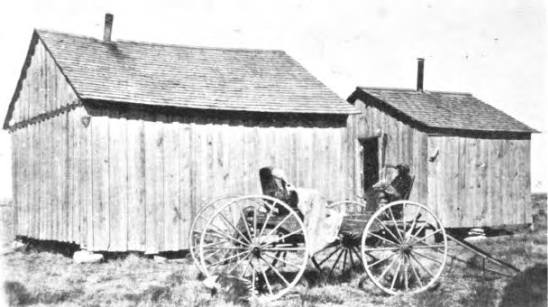 Blackdom, New Mexico was founded by Frank Boyer and Ella Louise McGruder. It was the first black town in New Mexico. By 1908, the population in the town was 300 residents and a total of 25 families. The families occupied a total area of 15,000 acres of land. In the town were barbershops, a blacksmith shop, a post office and the Blackdom Baptist church. Blackdom was made up of farmers who were an important part of the town. The farmers grew; onions, sugar beets, cantaloupes and cotton among other crops. The town was however faced by drought and other adverse effects that made the population to decrease as people left the town. In the last decade of its existence, it became home to oil exploration by the Blackdom Oil Company in 1919. 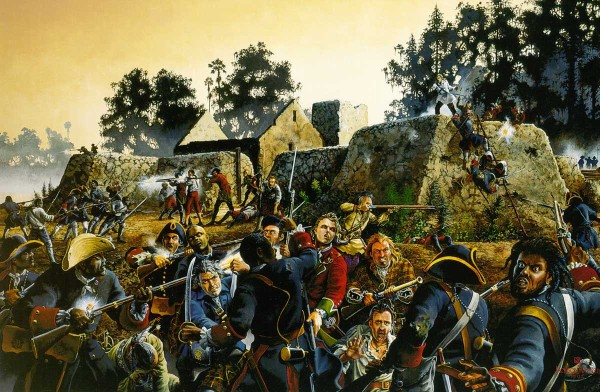 Fort Mose, Florida was the earliest town of the enslaved Africans. Located in St. Augustine, this was the earliest town where Africans were considered free. It was established in 1738 when Florida was a Spanish colony. The black Americans were granted their freedom once they pledged allegiance to the king of Spain and converted into Roman Catholic religion. The slaves from the British colonies reached the town through Underground Railroad which at the time led north and not South like in the present. The town was the northern defense of the Spanish colony of St. Augustine which was the nation’s oldest city. 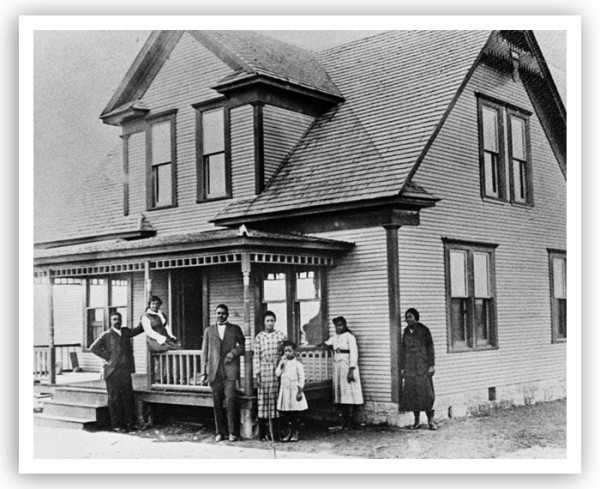 Oklahoma also hosts a black town, Boley. It was a community that was located in the Creek Nation of Indian Territory. Boley which was founded in 1903 was one of the towns founded in the West after the civil war. The black population that lived here were mainly the slaves of the Native Americans displaced to Oklahoma. The slaves had to pass through the “Trail of Tears” to get to Oklahoma. The town was founded by three persons; Lake Moore who was a white lawyer, John Boley the supervisor of Fort Smith and Thomas M. Hayes a black farmer who came from Texas. Boley was a great town with banks, a telephone company, post office, a power house, train depot and many other thriving businesses. Schools and fraternal clubs were also found in the town. The town was however faced with numerous political unrest and economic constraints that led to a decrease in population. It however remains black and a home to the families of the initial settlers.