Here is a List of world’s Top 10 Smallest Living Animals. 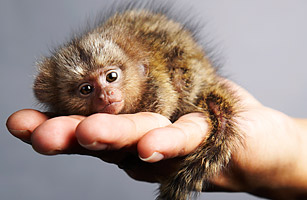 The pygmy marmoset is one of the world’s smallest monkey breeds. Grown ones weigh only 4 oz. to 5 oz. (110 g to 140 g) and grow to be a mere 6 in. (15 cm) long. They live in the Amazon rain forest, where they do charming things like leap between trees and eat insects and tree sap. Pygmy marmosets have sharp teeth and claws, but they are relatively docile and a favorite in the exotic-pet trade. 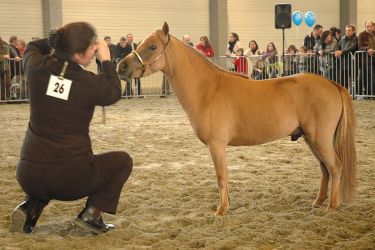 Miniature horses are found in many nations, particularly in Europe and the Americas. The designation of miniature horse is determined by the height of the animal, which, depending on the particular breed registry involved, is usually less than 34–38 inches . 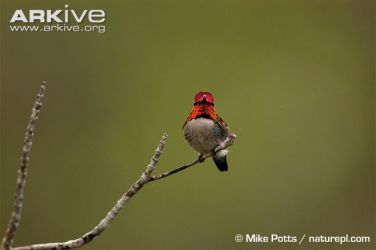 The Bee Hummingbird or Zunzuncito is a species of hummingbird that is endemic to dense forests and woodland edges on the main island of Cuba and on the Isla de la Juventud, also part of the nation of Cuba. With a mass of approximately 1.6–2 g (0.056–0.071 oz) and a length of 5–6 cm (2.0–2.4 in), it is the smallest living bird. 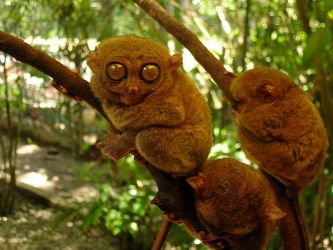 The Philippine tarsier is an endangered species of tarsier endemic to the Philippines. It is a member of the approximately 45 million year old family Tarsiidae,whose name is derived from its elongated “tarsus” or ankle bone. The Philippine tarsier, (Tarsius syrichta) is very peculiar small animal. In fact it is one of the smallest known primates, no larger than a adult men’s hand. Mostly active at night, it lives on a diet of insects. 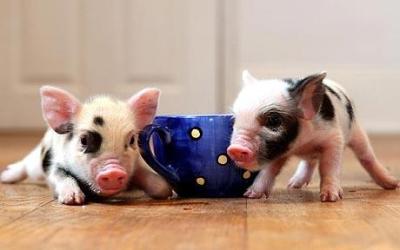 A miniature pig is a breed of pig developed and used for medical research or developed for use as a pet. These smaller pigs were first used for medical research in Europe before being introduced to the United States as pets in the 1980s. Since then, the animals have been used in studies by scientists around the world, including for study as a source of organs for organ transplantation. The average full grown pot bellied pig is anywhere from 16-26 inches tall at their shoulders. 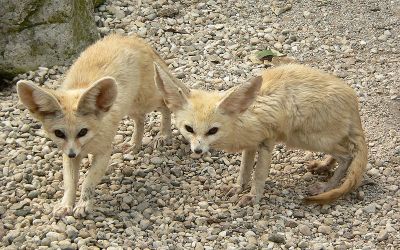 The fennec fox or fennec is a small nocturnal fox found in the Sahara of North Africa. Its most distinctive feature is its unusually large ears, which serve to dissipate heat. The fennec fox is the smallest of all the world’s foxes, but its large ears, measuring 6 inches (15 centimeters), appear to be on loan from a bigger relative. 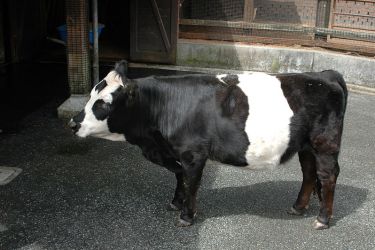 Panda cow is a breed of miniature cattle with markings that resemble those of a giant panda. There are reportedly only 24 in the world, as of January 2011. Also known as the miniature panda cow, it is the result of a mutation. its markings include a white belt around the animal’s midsection, and a white panda-like face with black markings around the eyes. 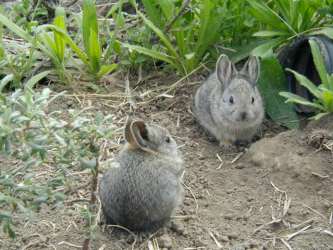 The Pygmy Rabbit is the smallest rabbit. It is found in North America. The adult pygmy rabbit weighs about 400 g having a body length of 24cm to 29cm; females are slightly larger than males. They are generally limited to areas on deep soils with tall, dense sagebrush which they use for cover and food. Extensive, well-used runways interlace sage thickets and provide travel and escape routes from predators such as weasels. 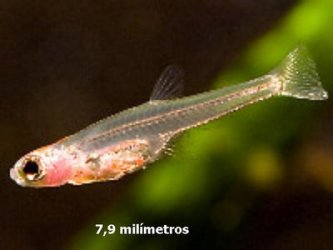 World’s smallest fish: The species of fish belongs to the carp family and is called Paedocypris progenetica . It is the world’s smallest vertebrate or backboned animal. The tiny, see-through Paedocypris fish have the appearance of larvae and have a reduced head skeleton, which leaves the brain unprotected by bone. They live in dark tea-coloured waters with an acidity of pH3, which is at least 100 times more acidic than rainwater. 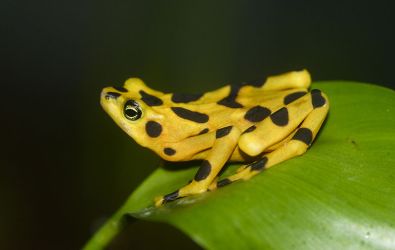 The Panamanian golden frog is a critically endangered toad which is endemic to Panama. It has been considered a subspecies of A. varius, but is now generally regarded as a separate species. The smallest frog in the Southern Hemisphere is the Gold or Brazilian Frog (Psyllophryne Didactyla). Adult Gold Frogs measure grow to only 9.8 millimetres in body length (with legs drawn in). Equally small is the smallest frog in the Northern Hemisphere, only recently discovered (1996) in Monte Iberia, Cuba. It doesn’t have a common name yet, but its scientific name is Eleutherodactylus iberia.