Africa is the second largest continent in the world. It is also world’s second most populous continent and regarded as the poorest continent. There are 54 nations in Africa, led by different leaders who have been ruling for several decades. Some of these leaders and their families are very rich and their wealth are considered ill-gotten. They make their wealth from natural resources of these nations through the creation of companies under the names of their families. Here is a brief overview of the richest Presidents in Africa.

Below are The 10 Richest African Presidents and Kings as of 2014,according to Richestlifestyle:

It’s been a rough year for the politician, but at least he has his millions of dollars to ease the pain. 72-year-old Jacob Zuma has taken the No. 1 spot on People With Money’s top 10 highest-paid politicians for 2015 with an estimated $75 million in combined earnings.

In 2012 it looked like the politician’s spectacular career was winding down. Suddenly, he was back on top. People With Money reports on Wednesday (February 18) that Zuma is the highest-paid politician in the world, pulling in an astonishing $75 million between January 2014 and January 2015, a nearly $40 million lead over his closest competition.

In compiling this yearly list, the magazine considers factors such as upfront pay, profit participation, residuals, endorsements and advertising work.

The South African politician has an estimated net worth of $215 million. He owes his fortune to smart stock investments, substantial property holdings, lucrative endorsement deals with CoverGirl cosmetics. He also owns several restaurants (the “Fat Zuma Burger” chain) in Pretoria, a Football Team (the “Nkandla Angels”), has launched his own brand of Vodka (Pure Wonderzuma – South Africa), and is tackling the juniors market with a top-selling perfume (With Love from Jacob) and a fashion line called “Jacob Zuma Seduction”.

The ranking is significant for many Jacob fans, who have been waiting for his triumphant return to the glory days for what seems like a lifetime.

Robert Mugabe is the President of Zimbabwe. His net worth is estimated to be around $100 million. The dictator’s family is very wealthy. Mugabe has won many elections, although frequently these have been criticized by outsiders for violating various electoral procedures.

Idriss Deby has been the President of Chad since 1990. His net worth is estimated to be $50 million. Towards the end of August 2006, he made international news after calling for his nation to have 60 percent stake in its output after receiving crumbs from foreigncompanies running the industry. 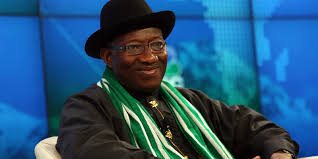 Goodluck Jonathan is the President of Nigeria. His net worth is estimated to be around $100 million. He launched a “Roadmap for Power Sector Reform”, launched the Youth Enterprise with Innovation in Nigeria and launched the Transformation Agenda. He is a member of the ruling “People Democratic Party”.

Country: Swaziland, Years in the 15th richest royal in the world, according to Forbes Magazine. Mswati III is the King of Swaziland. He is worth more than $100 million; down $100 million of his 2012 ($200 million) fortune. The King has often been criticized for his lavish spending. In 2009 summer, several of his 13 wives reportedly spent over $6 million in a shopping spree. In the 2014 budget, parliament allocated $61 million for the King’s annual household budget, while 63 percent of Swazis live on less than $1.25 per day. His luxury car collection include a $500,000 Daimler Chrysler’s flagship Maybach 62. And has banned the photography of his cars.

Paul Biya has been the President of Cameroon since November 6 1982. His estimated net worth is around $200 million; this figure waspublished by the ForeignPolicy.com. Around 48 percent of the citizens of Cameroon live below the poverty line. Catholic Committee against Hunger and for Development (CCFD) and several on-and-offline media has placed him in the list of leaders with ill-gotten wealth. In 2009, French online newspaper, Rue 89, reported the Cameroon President’s vacation was the top most expensive among world leaders. More than that of the American President. He was criticized for spending 30,000 euros ($40,000) per day on renting a villa.

Uhuru Muigai Kenyatta is the President of Kenya and the son of Kenya’s first President, Jomo Kenyatta. In 2011, Forbes estimated his net worth at $500 million. Most of his wealth comes from property. With his family, the President owns stakes in Kenya’s largest dairy company Brookside Dairies, media company Mediamax, Heritage Hotels,Commercial Bank of Africa and hundreds of thousands of prime Kenyan land. He is regarded as man of the people due to his sociability. During his inaugural speech, he promised economic transformation through Vision 2030, free maternal care and unity among all Kenyans.

Teodoro Obiang Nguema Mbasogo is the President of Equatorial Guinea. He came to power in August 1979 by ousting his uncle Francisco Macias Nguema in a military coup. He has overseen the emergence of the nation as an important oil producer, beginning in 1990s. This President and his family literally own the economy, his personal fortune exceed $600 million, according toForbes Magazine. In October 2011, the United Statesgovernment seized $70 million assets of his son, Teodoro Nguema Obiang Mangue. Though Equatorial Guinea is Africa’s second richest nation, majority of the population actually live under the poverty line.

Mohammed VI is the current King of Morocco. He is also the country’s leading businessman. He is worth more than $2.5 billion, according to Forbes. The King ascended to the throne following his father’s death in 1999 and he immediately set about improving upon his appalling human rights record and alleviating poverty.

Jose Eduardo dos Santos is the President of Angola. He has held on to this post since 1979. His personal estimated wealth exceed more than $20 billion, according to Cabinda Online. While around 70 percent of Angolans live on less than two dollars a day. His daughter, Isabel dos Santos is among the Forbes Africa’s billionaires with a net worth of $3.8 billion. She’s currently Africa’s richest woman and also the world’s richest black woman.

Some of the above-mentioned Presidents’ exact wealth and source of wealth are unknown that’s why they cannot be included in the Forbes Africa’s Rich List.