When setting up a startup import export business, the most important aspect you need to address is finding the right products to trade in. The choice of product is usually determined by numerous factors, most predominantly the target market.Therefore, if you have heard about the numerous export opportunities to Africa and you would like to ride that wave, the foremost question to ask yourself is, “What does Africa import”?

In this article we will examine10 major African imports based on current Africa import and export statistics.

The automobile industry provides innumerable lucrative opportunities in this rapidly growing continent. The high rate of economic growth and urbanization has led to a subsequent rise in income levels. This implies that more and more people are now able to purchase vehicles both for personal and commercial purposes as they move from low income status and into the upwardly mobile middle class.

However, the continent boasts very little output in terms of automobile manufacture. Additionally, the major import firms in Africa focus their business on high-end buyers who are in a position to afford expensive, brand new vehicle models. This leaves a gap in the market for inexpensive used vehicles for the bigger percentage of buyers.

For a long time, Japan and Korea dominated this niche market but in more recent years, the US and China are also making inroads to grab a piece of the pie. The market is still very ripe for harvest and the opportunities are endless considering the fact that the percentage of vehicle ownership is still very low.

For instance, one of the highest ranking products on the list of items that can be imported to Nigeria are vehicles even though the country is currently the African continent’s largest economy and most populous country. This is because although almost 50% of the middle class households in the country still do not own a car, they should be in a position to change that within the next few years according to current economic trends.

Another vastly unexploited export opportunity to Africa is in the sale of IT products. This has largely been the result of an ongoing computerization trend that has taken a hold throughout the continent. Even though there a few manufacturers of IT equipment in Africa, they have been unable to keep up with the level of demand in the market and as a result most traders are forced to import.

Africa has one of the highest rates of growth in the market for IT products worldwide. As a result, multi-national manufacturers have concentrated their efforts on the market, producing in great quantities items specifically targeting the African market.

South Africa’s computer market for instance is valued at more than $1 billion. One of the factors behind the growth in the sector is the fact that many organizations are changing from the traditional desktops to the more personal and portable laptops and ultra-books. Furthermore, the rapid pace at which innovations are being introduced to the sector and the inversely proportional price reductions have also boosted demand.

The UAE has the lion’s share of this market thanks to its strategic position relative to the African continent that implies low transportation costs. Furthermore, the regulatory requirements governing the trade over both countries have served to favor the cycles of demand and supply.There is very high competition in the IT business in this region and as a result, the prices are rated among the cheapest globally.

The fashion and textile industry provides another booming opportunity for export to Africa.New imported clothes have gained popularity as a status symbol and are a reserve of the continent’s wealth. In a bid to keep up with the ever evolving trends in the fashion world they do not spare a dime in purchasing the most exclusive labels from the world’s top fashion hotspots.

Countries like China provide cheaper options of clothingfor the general populaceby taking advantage of its high levels of industrialization as well as the availability of cheap labor in the production process.

Secondhand clothes have also for a long time had a dominant role in this trade providing an affordable alternative for low-income earners and a reliable source of livelihood for others. The US is the largest used clothing exporter globally selling almost $700 million annually.

This sector has encountered its fair share of challenges with some countries threatening to ban the importation of used clothes. The matter is however still a hot topic for debate because a cost-benefit analysis of such a move to the sector suggests that it might not be an economically viable choice.

The world is ever in search of more affordable drugs and Africa is no exception to this rule. Human health in this continent is a big concern with a majority of its populace being unable to afford required medical care. Moreover, there is a huge gap in the demand and supply chain here as the level of production is still very low and incapable of giving the competitive prices given on international platforms by bulk manufacturers.

Pharmaceutical products constitute a big bulk of Indian exports to Africa. This is largely due to the fact that it is one of the world’s biggest manufacturing hubs for generic drugs. The export traders in this country are keener on selling on the international platform more than locally as the profit margins are significantly higher on the former. The country’s banks are rising to the occasion by providing suitable financing options to aid these endeavors because their trade with Africa accounts for about 20% of their business, a total worth of about $17 billion annually. 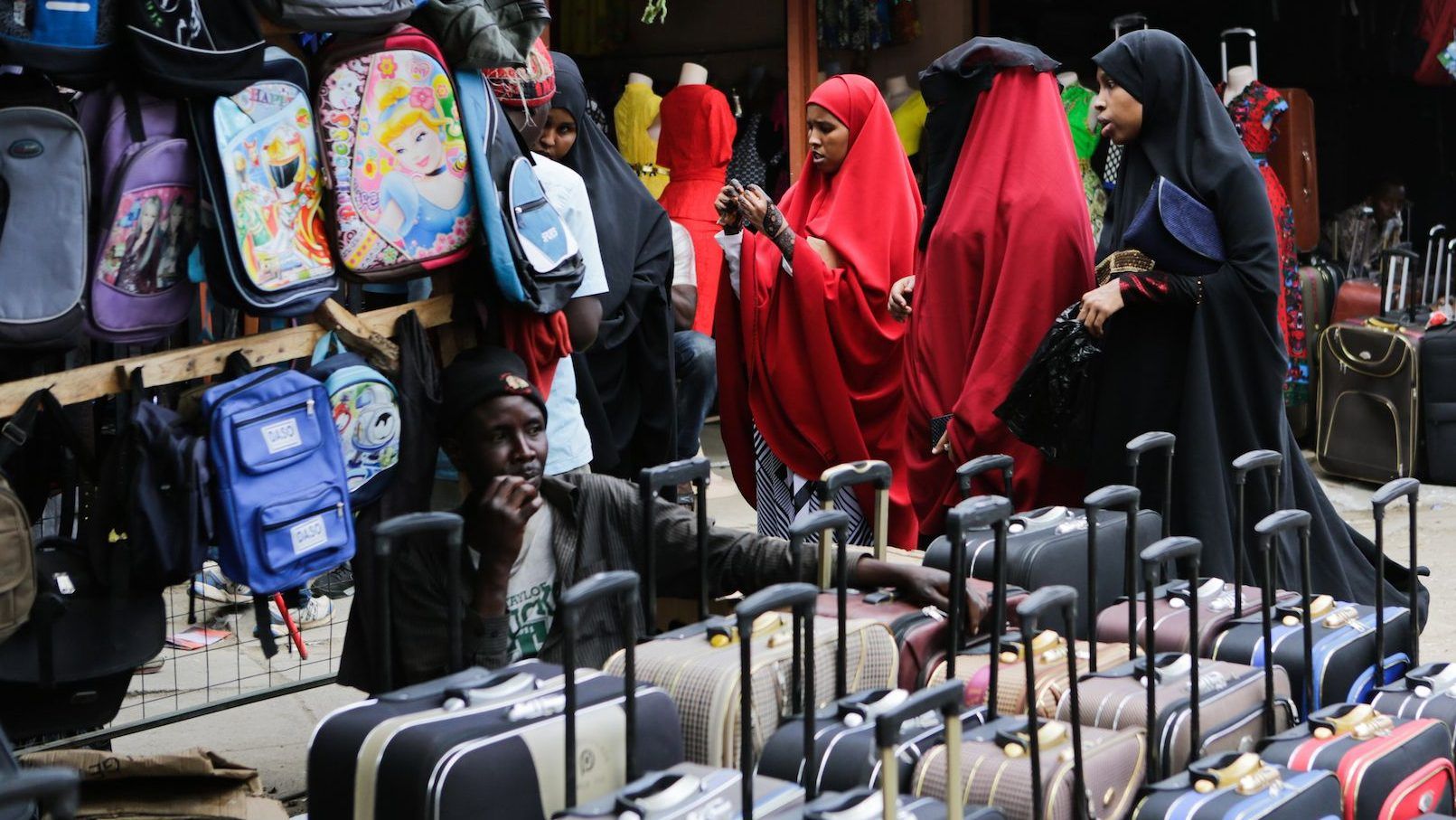 The African mobile revolution has taken the world by storm with the continent having the second biggest market for mobile devices after China.It is in fact the first continent to boast more mobile device users than land lines. By the end of the year 2017, the number of devices in use in the continent has been projected to reach about 1.2 billion. This is one innovation that has cut across the socio-economic divide, gaining popularity among urban and rural dwellers, the rich and the poor and the educated as well as illiterate members of society.

Subsequently, the sale of these devices has been on a consistent rise every year with the figures soaring to unimaginable levels as manufacturers consistently unleash improved models into the market. Considering that the current use of the devices mostly centers on making calls and sending short messages, the figures are expected to continue rising as the cost of using the internet becomes lower each waking day.

For the past five years, the annual rate at which the number of mobile users increases has been about 65%. This makes it the ideal market for international traders looking to secure viable export opportunities in Africa.

Nigeria is once again the continent’s leader in the mobile handset market followed closely by South Africa. However, even in less developed war-torn countries like Somalia the mobile telecoms industry continues to thrive.

Mobile money platforms have particularly made a significant contribution to this growth by offering most of the services that were previously the reserve of banking institutions. The huge unbanked population in the continent now enjoys these features from the convenience of their mobile handsets. There is still so much potential for growth in this market creating an ideal investment opportunity for exporters.

Enterprising traders have found a large market for stationery items in Africa. This rise in demand has been informed by the increased number of academic institutions and the thirst for education in Africa that is currently taking root in all of its corners. Since there is a shortage in the manufacturing capabilities for these products, the demand for these products is being fed by overseas companies.

Dubai has come to the fore as one of the most reliable suppliers in this sector giving competitive prices and a suitable environment for import export trade.

While Africa was once a major exporter of agricultural products to other countries, there are a number of factors that have created a turn of events and it now accounts for a huge market share of the food importation market. These include the ever expanding population, poor infrastructure, mismanagement of local agricultural industries, and the emergence of the middle class. While this may spell doom for its population, it is the best news an international trader would want to hear.

With the middle class expected to continue growing, the African food export market is bound to continue to grow for a while since there is a shortage on laborers to work in the agricultural sector. As always, Nigeria and South Africa take the lead in the region’s top importers and together with Angola, they account for almost half of all the imports made into the continent.

The African market has not yet been able to achieve self-sustenance in the electronics sector. As such, it relies on external players in the industry to fill its growing need for such gadgets as television sets, radios, generators, electric heaters,hair dryers and power units among others. The current rate of economic growth and subsequent upward mobility in these countries is what necessitates the supply of goods that were for a long time considered to be luxuries.

Electronic products from Asia have become a mainstay of this economy thanks to their well-equipped production and assembly facilities as well as their competitive pricing.Unlike most other manufacturing countries, Asian manufacturers do not need to import components as they produce everything from scratch.

Africa lacks the strong and diversified base that is necessary for the production of most engineering products. These refer to all materials needed for the manufacturing of other products. They form the base for such strong manufacturing countries as China and India and have turned these into the biggest exporters of the products into Africa.

This is another important product on the list of items that can be imported into Nigeria by virtue of the dynamic nature and rapid rate of urbanization of the country. It has therefore worked out favorable bilateral trade agreements with these major manufacturers in order to maximize the opportunities for trade.

The demand for chemicals in the African market has exceeded its supply capabilities by far. The current rate of industrial growth and the general demand for products by its growing population necessitates the importation of these products.

The agricultural sector is one of the areas of the African economy that has created a great need for the products. There is a growing trend in the use of modern agricultural methods that utilize organic chemicals to a greater degree than ever before. The cosmetics industry is also growing rapidly and there is increased need for raw material to manufacture soap, colognes, make up and various toiletries.

Such consumables ensure a steady market for any trader who would dare venture into that line of export trade.