The word university is derived from the Latin universitas magistrorum et scholarium, roughly meaning “community of teachers and scholars”. The term was coined by the Italian University of Bologna, which, with a traditional founding date of 1088, is considered the first university. The following list of ten oldest universities in the world shows, through their brief histories and trend.

Here is a list of the Top 10 oldest universities in the world which are in continuous operation. 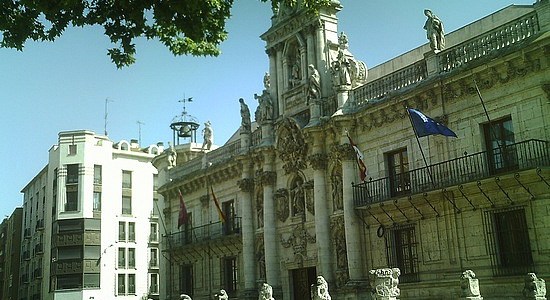 At 10th position among the oldest universities in the world, The University of Valladolid (UVa) is a Spanish public university founded in 1241 as removal of studies at the University of Palencia, founded by Alfonso VIII of Castile, between 1208 and 1212. He is currently responsible for teaching higher education in seven campuses distributed through four cities of Castile and Leon: Valladolid, Palencia, Soria and Segovia.

One hypothesis is that its foundation is the result of the transfer of Palencia General Survey between 1208 and 1241 by Alfonso VIII, king of Castile, and Bishop Tello Téllez de Meneses. 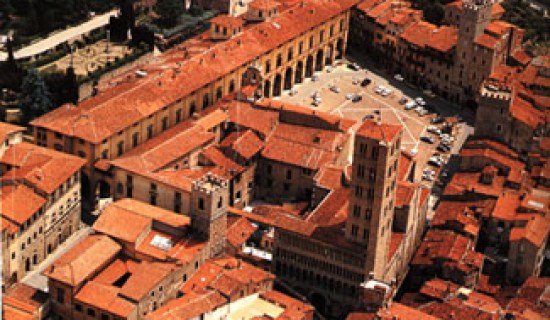 University of Siena in Arezzo, Italy

Originally called Studium Senese, was founded by Commune of Siena in 1240. In 1321, the studium was able to attract a larger number or pupils due to a mass exodus from the prestigious neighbouring University of Bologna. Closed temporarily in 1808–1815 when Napoleonic forces occupied Tuscany. On November 7, 1990 the university celebrated its 750th anniversary.

The formation of the University of Toulouse was imposed on Count Raymond VII as a part of the Treaty of Paris in 1229 ending the crusade against the Albigensians. As he was suspected of sympathizing with the heretics, Raymond VII had to finance the teaching of theology. Bishop Foulques de Toulouse was among the founders of the University. Among its first lecturers were: Jean de Garlande, Roland of Cremona. Other faculties (law, medicine) were added later. Initially, the University was located in the center of the city, together with the ancestors of student residences, the colleges. 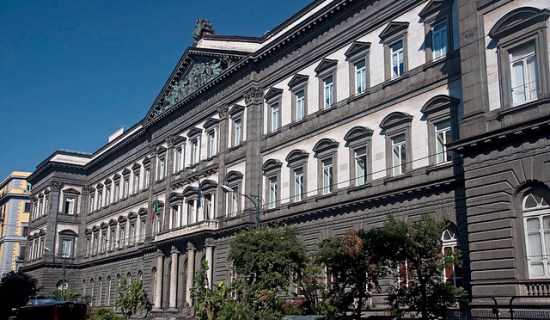 Founded by Frederick II, emperor of the Holy Roman Empire.

The University of Naples Federico II is a university located in Naples, Italy. It was founded in 1224 and is organized into 13 faculties. It is the world’s oldest state university and one of the oldest academic institutions in continuous operation. The university is named after its founder Frederick II.

The University of Naples Federico II was founded by emperor of the Holy Roman Empire Frederick II on 5 June 1224. It is the most ancient state-supported institution of higher education and research in the world. One of the most famous students of this university was Roman Catholic theologian and philosopher Thomas Aquinas.

University of Padua. Department of Structural and Transportation Engineering

Founded by scholars and professors after leaving Bologna.

The university is conventionally said to have been founded in 1222 (which corresponds to the first time when the University is cited in a historical document as pre-existing, therefore it is quite certainly older) when a large group of students and professors left the University of Bologna in search of more academic freedom (‘Libertas scholastica’). The first subjects to be taught were law and theology. The curriculum expanded rapidly, and by 1399 the institution had divided in two: a Universitas Iuristarum for civil law and Canon law, and a Universitas Artistarum which taught astronomy, dialectic, philosophy, grammar, medicine, and rhetoric. There was also a Universitas Theologorum, established in 1373 by Urban V. 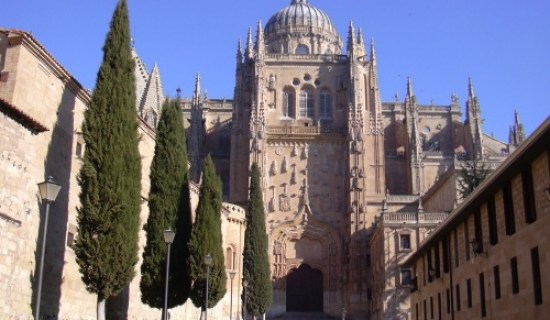 The University of Salamanca is a Spanish higher education institution, located in the town of Salamanca, west of Madrid, in the autonomous community of Castilla and León. It was founded in 1134 and given the Royal charter of foundation by King Alfonso IX in 1218. It is the oldest founded university in Spain and the third oldest European university in continuous operations. It was the first European institution to receive the formal title of “University” as such; it was granted by King Alfonso X in 1254 and recognized by Pope Alexander IV in 1255.

It is the oldest university in operation in Spain. Although there are records of the University granting degrees many years before (James Trager’s People’s Chronology sets its foundation date in 1134), it only received the Royal chart of foundation as “Estudio General” in 1218, making it possibly the fourth or even the third oldest European university in continuous operations. However, it was the first European university to receive the title of “University” as such, granted by king of Castile and León Alfonso X and the Pope in 1254. Having been excluded from the University in 1852 by the Spanish government, the Faculties of Theology and Canon Law became the Pontifical University of Salamanca in 1940. 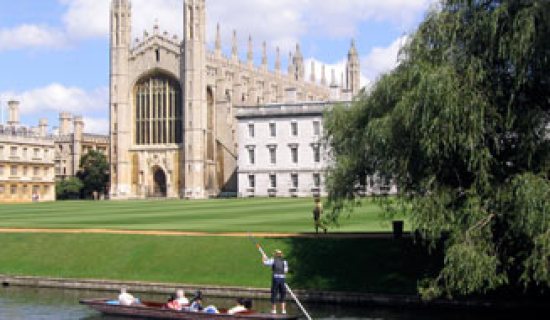 The University of Cambridge is one of the world’s oldestuniversities

Founded by scholars leaving Oxford after a dispute caused by the execution of two scholars in 1209, and royal charter was granted in 1231. The university takes 1209 as its official anniversary.

The university grew out of an association of Cambridge scholars that was formed in 1209, early records suggest, by scholars leaving Oxford after a dispute with townsfolk. The two “ancient universities” have many common features and are often jointly referred to as Oxbridge. In addition to cultural and practical associations as a historic part of British society, they have a long history of rivalry with each other. 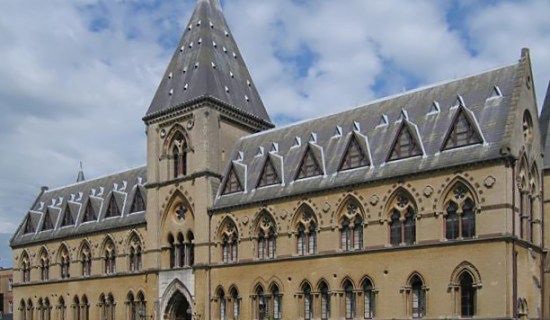 “Claimed to be the oldest university in the world, there is no clear date of foundation of Oxford University, but teaching existed at Oxford in some form in 1096 and developed rapidly from 1167, when Henry II banned English students from attending the University of Paris.” Teaching suspended in 1209 (due to town execution of two scholars) and 1355 (due to the St. Scholastica riot), but was continuous during the English Civil War (1642–1651) – the University was Royalist. All Souls College and University College have repeatedly claimed that they own documents proving that teaching in Oxford started in the year 825, but these documents have never seen the public light (allegedly, John Speed dated his famous 1605 Oxford maps based on these documents). However, it was not until 1254 that Pope Innocent IV granted to Oxford the University charter by papal bull (“Querentes in agro”). 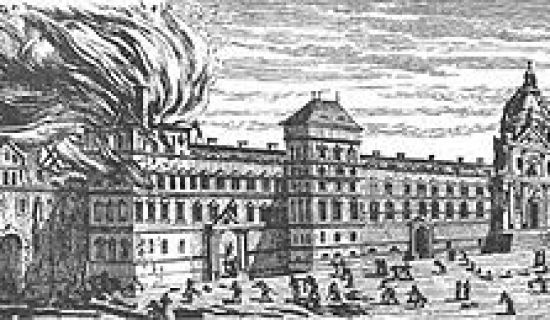 It was founded in the mid-12th century, and officially recognized as a university probably between 1160 and 1170 (or, possibly, as early as 1150). After many changes, including a century of suspension (1793–1896), it ceased to exist as such in 1970 and 13 autonomous universities (University of Paris I–XIII) were created from it. The university is often referred to as the Sorbonne or La Sorbonne after the collegiate institution (Collège de Sorbonne) founded about 1257 by Robert de Sorbon. In fact, the university as such was older and was never completely centered on the Sorbonne. Of the 13 current successor universities, the first 4 have a presence in the historical Sorbonne building, and three include “Sorbonne” in their names. 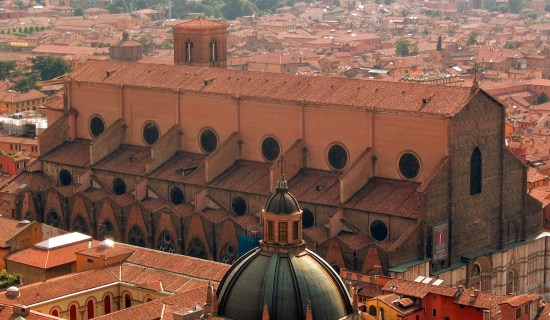 The College of Bologna, founded in 1088, may be the earliest academic institution from the Civilized world. At top the Oldest Universities

The first university in the sense of a higher-learning, degree-awarding institute, the word university having been coined at its foundation. At top of the list of ten oldest universities in the world which are in continuous operation.

The Alma Mater Studiorum – University of Bologna is a university located in Bologna, Italy founded in 1088. As of 2000 the University’s motto is Alma mater studiorum (Latin for “nourishing mother of studies”) The University has about 100,000 students in its 23 schools. It has branch centers in Imola, Ravenna, Forlì, Cesena and Rimini and a branch center abroad in Buenos Aires. Moreover, it has a school of excellence named Collegio Superiore di Bologna.

The date of its founding is uncertain, but believed by most accounts to have been 1088. The university received a charter from Frederick I Barbarossa in 1158, but in the 19th century, a committee of historians led by Giosuè Carducci traced the founding of the University back to 1088, which would make it one of the oldest universities in the world.