Previous Next
Money, power, fame, and respect are what many crave for. From the most lavish suburbs in Washington to the lowest of shanties in Soweto, human beings are usually driven by success. Others are able to reach their goals while some supersede it, ending up achieving more than they could ever dream of. For many of such renowned figures in the Dark Continent, passion to serve their people and uplift their status has definitely seen them rewarded by the international community.

Musicians, playwrights, and even Human Rights Activists have been able to leave marks, not only in their birth places, but worldwide. In a bid to combat corruption, poverty, and other social ills, they have caught the attention of Big Brother, who’s constantly watching from a distance the effects of their efforts. Here is a list of the Top ten most powerful celebrities from Africa:

Femi is the eldest son of the legendary Fela Kuti who was labeled as the ‘King of Rock n’ Roll in Africa’. At 49 years of age, this Nigerian musician has been able to keep his father’s spirit alive through his energetic Afrobeat music. He has toured the world performing his music and has done numerous collaborations with other international artists like Common and Mos def (both from the US). His album, Fight to WIN, sold gold.

Sangare, 43, is one of the few living legends in Mali. She was successful in popularizing a traditional style of music, known as Wassolou, and giving it a more urban feel. Her lyrics are usually deep, dwelling on the fight for human rights, especially the marginalized in the society like the women. She is an entrepreneur and also an ambassador of UN dealing with food & agriculture in the West African country.

Popularly known as the ‘Princess of Africa’, Yvonne, 46, is one of the most common faces in the South African music industry. During the fight against apartheid, the young Yvonne was an important figure in the struggle as she always advocated for equality for all through her lyrics. She has won several Grammy Awards for her music. At the moment, she is the Goodwill ambassador for UN there.

Salif is highly regarded in Mali for two major things. First, he is a direct descendant of the founder of the Mali Empire known as Sundiata Keita. Second, he is among the musicians that pioneered Afro-pop. However, the 62 year old musician started to encounter his fare share of troubles after being labeled as an outcast in the village, for suffering from Albinism. He has been a major figure in the fight against stigma normally associated to albinos worldwide.

Aspiring and established playwrights in Africa have Wole Soyinka to thank for putting them on the map. The 77 year old author was the first in Africa to be awarded the Nobel PRIZE in Literature, in  1986. He has published more than 20 plays and books with the most notable of his works being The Strong Breed.

Although a resident of the US now, Akon really cherishes and embraces his Senegalese roots. The 38 year old musician and entrepreneur has released 3 albums that have all sold platinum. He is highly regarded in the Hip Hop world and has helped other musicians, like Lady Gaga, make their breakthrough as well. He owns Konvict Record Label, Konvict Clothing, and Konfidence Foundation.

Angelique deserves a spot when African divas are being mentioned. Her silky voice has won several Grammy Awards and she has even collaborated with several other US artists such as Carlos Santana and Alicia keys.  The 51 year old musician consistently fights for African women’s rights and is currently the Goodwill ambassador for UNICEF.

Drogba has won the admiration of football fans worldwide. The 33 year old Chelsea striker demonstrates strength in leadership both on and off the pitch. This is because he played a crucial role in ending civil wars in Cote D’Ivoire, in 2006. In addition, he also donated $5 million, which he received from an endorsement deal, for building a hospital in Abidjan, which is his hometown.

He is one of the living legends from Africa who can compete with international icons like Beyonce, Sting, Tracy Chapman, and Lady Gaga. The 59 year old musician played a pivotal role in popularizing a traditional West African musical style known as Mbalax. He normally fuses rock, pop and other genres from the region to create his unique style. Currently, he is an ambassador of UNICEF. 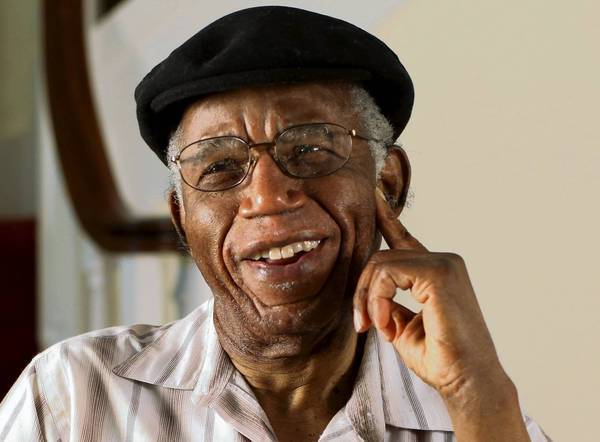 The author of the famous Things Fall Apart, a book that has sold more than 10 million copies worldwide, died this year. This 1958 classic has been studied by all scholars and translated into more than 50 other languages as well. At age 82, Chinua was still energetic. He was a political critic and a professor at Brown University, located in Rhode Island.