Previous Next
A wise man once said ‘The quality of a leader is reflected in the standards they set for themselves’. Majority, if not all of Africa’s current leaders possess a form of formal education. This post is aimed at listing the top 10 Africa leaders with the highest academic qualifications.  The list is in no particular order. 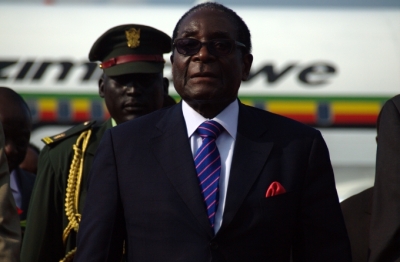 ELLEN JONSON SIRLEAF is Africa’s first female president which makes her Liberia’s first female president.she was born in Monrovia, Liberia on  October 29, 1938.. A graduate of the College of West Africa at Monrovia, she went on to receive her bachelor’s degree in accounting from the Madison Business College in Madison, Wisconsin, a  second degree in economics from the University of Colorado at Boulder and  also a Master of Public Administration degree from Harvard University. she became Liberia’s president in 2005.

One of africa’s richest men, Mohammed VI of Morocco is the current king of morocco. born in 1963, he ascended the throne in 1999 after the death of his father. he has a bachelor degree in law from Mohammed V University at Agdal in 1985.He also possess degrees in  political science and public law and obtained his PhD in law with distinction from the French University of Nice Sophia Antipolis.

Mulatu Teshome is the President of Ethiopia. He was born in 1955,in  the town of Arjo in Welega Province,  he was educated in China, receiving his bachelor’s degree in philosophy of political economy and doctorate in international law at Peking University.He became Ethiopia president in 2013.

Cameroun president since 1982,PAUL BIYA is a lawyer by profession. Following his secondary school education, he relocated to Paris where  he got his law degree. here are his  qualifications University of Paris, law and political science, Paris, France, 1960; diplome, Institut d’Etudes Politiques, Paris, 1961; diplome, Institut des Hautes Etudes d’Outre-Mer, 1962; diplome, Etudes Superieures en Droit Public, 1963. He is recognized as the longest non-royal serving head of state in Africa and one of africa most educated leaders..

Elected in 2011, JORGE CARLOS FONSECA is a lawyer and a university professor by profession.He graduated in Law and a Master in Legal Sciences Faculty of Law, University of Lisbon. He was the former minister of foreign affairs of cape Verde from 1991 to 1993.

JOHN DRAMANI MAHAMA Is the current president of Ghana. He is a communication expert ,historian and a writer. Mahama got his early education in Ghana, a Bachelor degree in history  and a postgraduate diploma in communication studies in 1986.from the University of Ghana. he also got a postgraduate degree in social psychology  from Moscow then the soviet union in1988. He is married with seven children.

The first day of January,1942 is celebrated as the birthday of Ivorian president, ALASSANE DRAMANE OUATTARA. An economist by profession. He received a bachelor of science degree in 1965 from the Drexel Institute of Technology, which is now called Drexel University, in Philadelphia, Pennsylvania. Ouattara then obtained both his master’s degree in economics in 1967 and a PhD in economics in 1972 from the University of Pennsylvania. He was a deputy Head in the IMF.

Arguably the president with the longest name in the world,Hery Martial is one of Africa most educated leaders .The president of the fourth largest island  in the world-Madagascar. He obtained his MBA in 1982 before moving to Canada where he obtained a a postgraduate diploma (DEA) from Université du Québec à Trois-Rivières in 1986. His full name is Hery Martial Rakotoarimanana Rajaonarimampianina. Advice: Don’t bite your tongue.
Loading...
854
SHARES
ShareTweetGet Stories like this
PinterestGoogle
[g1_socials_user user="8" icon_size="28" icon_color="text"]