The more extraordinary they are on the field, the better they attract the attention of the brands. The latter are fighting to appropriate the image of these class players. Sponsorship and partnerships are now a real source of gain for players.

According to the magazine France Football, sponsorships report to Cristiano Ronaldo 45 million euros, in addition to his salary and premiums claimed Real Madrid. What’s more normal when you are the most popular sports personality in the world on social networks, with more than 300 million fans. Its main supplier is Nike.

After CR7, come Messi and Neymar respectively. He earns 37 and 30 million euros. Lionel Messi is the global representative of the adidas equipment manufacturer. Neymar is when associated with Nike.

After that, there are those players who gain prestige, like Paul Pogba or Antoine Griezmann. The Mancunian is approaching the 5 million gain from sponsorship. His teammate of the French team has half a million less.

Top 10 footballers who earn a lot of sponsorship 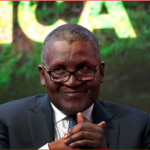 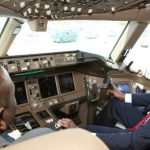