Over the last few years Tunisia has become a real tourist hot-spot, with countless holiday operators now providing deal-after-deal in a bid to lure holidaymakers to the African destination. A lot of these people can’t help but basks in the delight of the country’s culture, with their many festivals being one of the optimum ways to achieve this.

Below are 10 Festivals in Tunisia that you must attend. 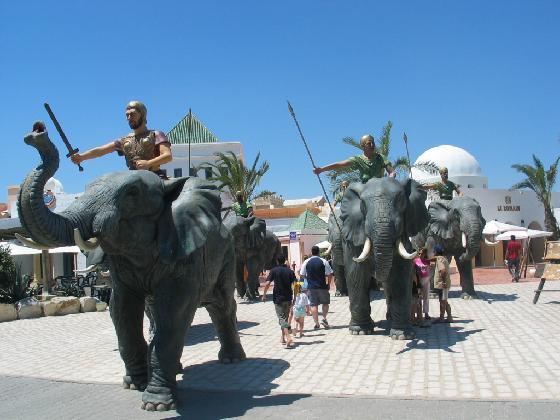 As the name may have given away, this festival is held in the popular area of Hammamet in the peak of the summer, on 12 July to be precise. It is one of the most significant festivals in the country and while live music is one of its premier attractions, it’s also possible to see art exhibitions, poetry readings or even talks from famous Arab writers.

Slightly earlier on in the year is the International Jazz Festival, with this being held between June 29 and 7 July. This time the lucky destination is Tabarka and it would be fair to say that the nature of this festival is much different to the previous one discussed. This time the main theme is jazz music and it was only last year that this festival returned, following a four year absence. Prior to that, it had been running since 1973 and has featured some of the most popular musicians such as Billy Paul, Nougaro and Ahmad Jamal. This is one festival which can attract Jazz enthusiasts from all over Tunisia and the news that it was to return last year was met with great satisfaction.

If you’re around between June 23 and June 25 it might be an idea to head over to the Falconry Festival in Haouaria. Just like the above Jazz festival, this is an event that widely appeals to tourists with many making a specialist trip to Tunisia every year in a bid to experience it. It usually attracts around two hundred different bird breeders, with the sparrow hawk and pilgrim falcon being the two birds of choice. The principle aim of this festival is to preserve falconry in the area, although in a bid to attract more visitors there are also music and sea excursions available.

ALSO READ:  All You Should Know About the Kamba Tribe - Kenya's Fifth Largest Tribe; History and Culture

Again, the name is in the game with this next festival. Thoroughbred is one of the most famous horse festivals in the country and if you’re around Meknassy between July 5 and July 8 it’s certainly worth a visit. This is an event which proves popular with a lot of tourists with many keen to see not only the traditional races, but also the military parades which are another feature of the festival. Only the best breeds are brought to this festival, and one can expect a lot of money to change hands between participants because of this.

As the name highlights, this is a festival held in Carthage and happens to attract people from around the world. This year, it will be held between 12 July and 23 August, and will be the 50th time it has occurred. Music is the main theme, although there are also places for theatre, ballet, opera and cinema. The setting for this prestigious festival is the local amphitheatre and the fact that it has attracted the likes of Shaggy and One Republic in the past highlights its soaring reputation.

This festival is another long-lasting one, with this year’s event lasting for five weeks between 13 July and 22 August. It will be based in Hammamet and while it doesn’t attract the international superstars, it always features some of the most accomplished jazz and theatre performers in the business. They come from all areas of the world and again the venue makes the festival, with the International Culture Centre being a converted 1920s villa.

In some regards, the International Festival of Sousse differs from a lot of the other festivals that we’ve looked at so far. This is an event which has been designed to celebrate the diversity of culture around the world, and will take place in Sousse between 14 July and 18 August. Nevertheless, it still has similar content, with lots of local music acts taking the stage as well as a huge carnival which has all of those outlandish floats.

Ulysses Festival is slightly shorter than some of the more recent festivals that we’ve taken a look at, with this taking place between 17 July and 25 July. It’s held in Jerba and is unsurprisingly made to celebrate the life of Ulysses who had visited Tunisia. It’s primarily a dance festival and if you arrive in time, you’ll see the first display which is deigned to decipher Ulysses himself. This is a festival which is not just limited to Tunisians though, and you’ll also find acts originating from the likes of Greece, India and Italy amongst other nations.

Anyone who is familiar with Tunisian culture will recognise this festival in an instant. It has been created to savour Arab music known as Malouf, which has become hugely popular since it reached the country at the back-end of the 15th Century. This year it will take place in Testour between 17 July and 31 July, and as well as the standard Malouf performances there will be workshops and exhibitions which aim to educate visitors on the origins and style of this form of music.

Held between 14 July and 17 August, this is another one of the long-lasting festivals that Tunisia boasts. We’re now on the 32nd version of the event and just like most of the others which have been browsed through, this is something which include music, dance and theatre. In fact, in comparison to previous years a much bigger emphasis is being placed on plays, with some established productions like “Bourguiba: the Last Prison” and “Tsunami” being held there in the past. It’s staged at the amphitheatre in Bizerte, which is something in itself which makes the festival even more special as it allows tourists to study one of the oldest cities in Tunisian history. 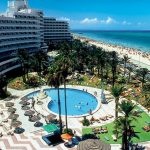