For decades, African women were seen and not heard. They have been regarded as inferior to men and are not allowed to make decisions in their households, let alone the larger society. Recently however, women have begun to advocate for their rights in their communities and fight against gender parity as they continue to make significant progress in the political landscape due to their resilience and tenacity.

Women have emerged to be elected presidents, vice presidents, speakers in parliaments and taking over important ministerial positions (other than women affairs or community development). Joyce Banda, Ellen Johnson Sirleaf, Ngozi Okonjo-Iweala, Nosiviwe Mapisa-Nqakula and Nkosazana Dhlamini-Zuma are examples of women who are changing the narrative on gender inequality in Africa.

Ventures Africa has compiled a list of African countries whose policies are favourable to women and the quest for equality. 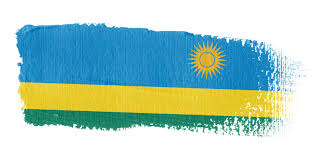 Rwanda has risen like a phoenix from the ashes of genocide to build a strong and non-gender partisan country. The country has progressed from supporting rape and violence against women, especially during the genocide, to an active campaign to rid the country of sexual and domestic violence. With an impressive record of 64 percent of women parliamentarians, Rwanda is regarded as the country with the world’s highest number of women in government. Laws ranging from land inheritance to asset sharing are made in the favour of women, especially the widowed.

Female education is also a priority as there is an equal number of girls as much as boys in school. Also, infant mortality rates are significantly lower.

In South Africa, women hold about 44 percent of parliamentary seats, making it the country with the third highest proportion in the world. The country has also made giant strides upholding women’s social rights over the past 15 years. The ruling party, African National Congress, has legalised abortion, given women equal rights in marriage and placed a ban on gender discrimination, sexual harassment and domestic violence.

Being a country with a history of racial discrimination, the South African government has also promoted a non-racial bill, which provides women (regardless of her skin colour) with the same opportunity for education, employment and politics.

There are different laws and organizations that have been set up to protect women and their rights in Namibia. Article 10 of the Namibian constitution validates equality and the right to no-discrimination on the basis of gender. Although the protocol to the African Charter on Human and People’s Rights on the Rights of Women was endorsed in 2004, Namibia has gone a step further by implementing more laws in order to enable an inclusive government.

An equal gender representation called the “Zebra System” has been adopted by the government in order to ensure that half of the parliament seats are filled with women. Currently, the number of women in the parliament has increased from 25 to 48. Another milestone for Namibia is its ability toachieve gender parity in its educational sector.

In 2012, according to a report on African Women’s Rights Observatory, 46.3 percent of the population involved in the Burundian governance are women. There is also a constitution that upholds the principle of equality between men and women. Sexual and domestic violence sexual harassment and polygamy is strictly prohibited.

Women in Mozambique participate actively in politics with 35 percent having a say in the nation’s affairs. The Family Code, which provides gender equality in all matters of family law, was adopted in 2004. Under this law, there is no inequality in marriage consent, divorce procedures, custody of children and asset sharing. Mozambique also prohibits all practices of women discrimination concerning societal issues like inheritance, minimum legal age for marriage and polygamy.

In 2008, sexual harassment and other related offences including gang rape, sex trafficking and child pornography became criminalised in Kenya. Also within this period, the Kenyan judiciary was guided into the implementation of the Sexual Offences Act which covers the Sexual Offences Regulations and the Sexual Offences Dangerous Offenders DNA Data Bank Regulations. This was enacted to fast track the prosecution of those guilty of sex-related crimes.

In order to empower the girl child, the government introduced subsidies to secondary schools to cover tuition and other costs and the number of female students has reportedly increased since then.

Lesotho is known for its pro-women policies, where one out of five ministers is a woman. According to the World Bank’s report in 2010, 32 percent of its women are in ministerial positions, while 52 percent are legislators, senior officials and managers. Primary education is free in the country and 95 percent of the women in the country are able to read and write, compared to 83 percent of the men.

In 1995, Lesotho became a member of the Convention on the Elimination of All Forms of Discrimination against Women (CEDAW). They have also adopted the Protocol to the African Charter on Human and Peoples’ Rights on the Rights of Women in Africa.

With the help of UNESCO’s teaching on gender equality in Malagasy universities, there has been an increase in political participation and prevention of gender-based violence. Discrimination based on gender is strictly forbidden by the constitution of Madagascar and women have equal rights of ownership. More girls are usually enrolled into secondary schools than boys and the percentage of women working in the labor force is almost as high as that of the men.

With one of the highest school enrolments in Africa, equal numbers of girls and boys are enrolled at all levels of the country’s education system. In 2004, the Cape Verdean government increased the sentences for perpetrators of crimes of sexual violence and criminalised domestic violence. In recent times, there has been an increase in women’s participation in politics and decision making in the government.

Botswana attained a major achievement in 2007 when it abolished the common law principle of marital power (which has only the husband as the sole administrator of the family estate). It then enacted the principle of equality of the spouses (under which matrimonial assets are jointly owned by the couple). Also, domestic and other gender-related acts of violence have been criminalised in the country.

In recent years, women have been elevated to positions previously unattainable, such as the head of the country’s legislature, the head of the Central Bank, attorney general, and office of the ombudsman.