1. Rudy Gestede: Tim Sherwood has been linked with several players as he seeks to replace Christian Benteke, who swapped Aston Villa for Liverpool in a £32.5 million move. The Belgian striker bagged 13 goals last season and was capable of terrorising defences with his physicality and aerial menace. Benin’s Gestede managed 20 goals in 39 Championship outings last term in tandem with Jordan Rhodes at Blackburn, but will he be able to lead the line for Villa in the EPL?

2. Tokelo Rantie: It’s intriguing to imagine how Tokelo Rantie felt when Bournemouth secured promotion to the Premier League. While many of his teammates saw their reputations improve tenfold during their magical Championship campaign, the South Africa striker managed only two goals in 12 substitute appearances. He didn’t manage a league start all term. It remains to be seen if he will be given the opportunity to improve upon this or if he will depart; a loan move to Cardiff City has been mooted.

3. Allan Nyom: From an international perspective, 27-year-old Allan Nyom has dropped off the radar over the last year. He headed to the World Cup as Cameroon’s first-choice right-back, but hasn’t been seen since that tournament—a primary casualty of the Indomitable Lions’ miserable showing in Brazil. He will surely be under the spotlight once again next season, where a likely relegation battle with Watford will prove a mean test for the newly-acquired full-back 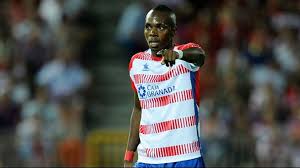 4. Jordan Ayew: While his brother Andre—who arrived at Swansea City on a free transfer—represents a major summer coup, there was slightly more reservation when Jordan Ayew was unveiled at Aston Villa along with a fairly inflated price tag. He possesses undisputed quality, and 12 goals in Ligue 1 last term is an admirable return, but will he be able to realise his undoubted potential in England? 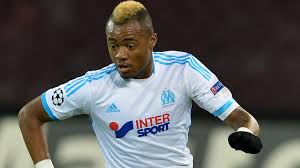 5. Sebastien Bassong: Will ‘Bass’ be a key man and a saving grace for Norwich during the coming campaign, or, as he did previously with the Canaries and with Newcastle, will he be on the receiving end of another relegation? The Cameroon defender has all the tools to succeed in the top flight (how long have we been saying that?) but it remains to be seen whether he and Alex Neil’s favoured high defensive line will come unstuck in the top flight. 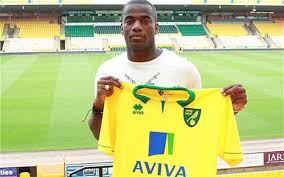 6. Odion Ighalo: The 2014-15 season was something of a breakthrough campaign for Ighalo, who not only bagged 20 goals as Watford secured promotion to the Premier League, but who also took his first steps into the Nigeria national team. He’s not a new signing at Watford, but if the Super Eagle can recreate the chemistry he enjoyed with Troy Deeney last season, Ighalo could be among the Hornets’ most valuable players again this term. 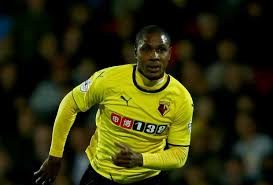 7. Idrissa Gueye: Aston Villa have lost Fabian Delph, who completed a remarkable u-turn when he ditched the Villains—where he was captain—to secure a move to Manchester City. Sherwood had already lined up a replacement, in LOSC Lille midfielder Idrissa Gueye, who should be a more-than-able replacement for the departing Delph. The 25-year-old will keep things simple and do the basics well, and will provide a physical presence as well as a threat moving forward. 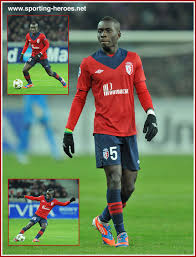 8. Chancel Mbemba: Apart from relegated Queens Park Rangers, Newcastle United had the worst defensive record in the Premier League last term. New boss Steve McClaren has worked to resolve this by bringing in Anderlecht’s Chancel Mbemba. The versatile defender—he can play at the base of midfield or in the heart of the backline—will bring Champions League experience and relentless energy to St James Park. 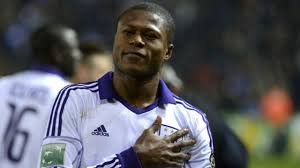 9. Max Gradel: While Ghana’s Christian Atsu was named the Orange Man of the Competition at the 2015 Africa Cup of Nations, it’s debatable whether he had a better tournament than Cote d’Ivoire’s Max Gradel. The former Saint-Etienne wideman scored twice in Equatorial Guinea; the late equaliser against Mali and the winner against Cameroon, and his delivery from set pieces was a constant menace. The presence of he and Atsu on the flanks for Bournemouth will guarantee a genuine offensive threat. 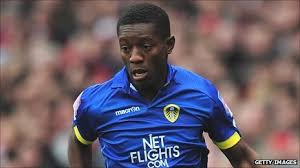 10. Andre Ayew: Ghana forward Andre Ayew may well be one of the most exciting new additions to the Premier League having swapped Marseille for Swansea City this summer. The Black Star reportedly interested the likes of Roma, Tottenham Hotspur and Liverpool, but instead opted for South Wales, where he will surely become a key figure in Garry Monk’s exciting project. 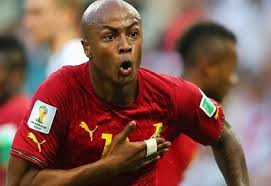