I wonder what it says that at least 5 other countries apart from Nigeria are both top destinations for both emigration and immigration on the continent. They are South Africa, Cote D’Ivoire, Burkina Faso and Sudan. With the ongoing problems in Cote D’Ivoire (CIV), the question becomes whether CIV will lose its position next year. Similarly, bombings in Nigeria and other violence could play a role in changing that country’s status as a top destination for immigrants. But, then again, given the relative insecurity in the countries from which these same immigrants are fleeing, Nigeria might continue to seem like a better option.

Amazingly, it turns out that Nigeria is also one the most popular African countries for African immigrants fleeing distress, famine and other problems in their home nations. The most popular countries to which Africans moved in 2010 are the following:

The slowdown in the immigration growth rate is due to the fact that since the outbreak of the Ivorian crisis in 2002, following an attempted coup in September 2002, many foreigners living in Côte d’Ivoire returned voluntarily, either on the initiative of the migrants themselves or on the initiative of these migrants’ states of origin. Between May and July 2003, some 7,500 voluntary repatriations were organized by IOM. These operations mostly concerned Burkinabe nationals (80% of total repatriations), Malians, Guineans and Senegalese (IOM, 2003). Some of these nationals (Burkinabe, Malians) were said to have returned to Côte d’Ivoire but it is difficult to estimate their number. Moreover, close to 8,000 French nationals (including those with dual citizenship) were reported to have left Côte d’Ivoire after the events of November 2004 (renewed hostilities following the rejection of the disarmament, demobilization and reintegration process), according to consular data reported by Merabet (2006).

The high gross activity rate among immigrants (almost 60%) seems to show that immigration in Côte d’Ivoire is essentially work-related (INS, 2002d). According to AGEPE, only 4,833 working visas were issued – 4,564 to men and 269 to women – during the 2000-2006 period (AGEPE, 2006). These figures 24 Migration en Côte d’Ivoire : Profil National 2009 confirm the impression that the majority of migrants work in the informal sector for which the AGEPE receives no declaration. These international migrants and their descendants (of full age) born in Côte d’Ivoire, are essentially engaged in farming, trade and non-social services. In 1998, half of the largest foreign communities worked in the agricultural sector (INS, 2002d).

Family reunification is also one of the key reasons for immigration in Côte d’Ivoire since it concerns about 24 per cent of immigrants on Ivorian territory (INS, 2006).

2. South Africa – 1.6 to 2 million foreign population
South Africans often assume that since the end of apartheid and the coming of democracy in 1994, there has been a huge wave of migration into their country from the rest of the continent. Stories abound of entireJohannesburg neighborhoods that are now Nigerian or Congolese – and of immigrants taking over certain crime syndicates. Over the past five years, there have been multiple waves of xenophobic riots against Zimbabwean refugees in South Africa who, with the benefit of high education standards in their home country, are seen by township dwellers as competition for scarce jobs. But how many immigrants does South Africa really have? That depends on who you ask.

The country’s Human Sciences Research Council once estimated that there are 4 to 8 million undocumented migrants in South Africa, but later withdrew the figure. Those numbers nonetheless still make their way into the press – and the public consciousness – despite the fact that Statistics South Africa, a government agency, estimates undocumented persons in the country to be somewhere in the range of 500,000 to 1 million.

Using other demographic data, however, a team of academics at the Forced Migration Studies Program (FMSP) at the University of the Witwatersrand in Johannesburg has produced their own set of statistics. They estimate that the overall foreign population in South Africa ranges from 1.6 to 2 million, or 3 to 4 percent of the total population. They also report that there are between 1 and 1.5 million legal and illegal Zimbabwean immigrants in South Africa.

The majority of immigrants to Ghana come from Africa. In 2000, 58.9 per of non-Ghanaian residents were nationals from Economic Community of West African States (ECOWAS) countries, while 23 per cent of immigrants came from African countries outside ECOWAS. According to border statistics from the Ghana Immigration Services, Europeans constituted the largest group of non-African arrivals (15.3%), followed by North Americans (9.7%), from 2000 to 2007 (GIS, 2008).

Students make up a significant proportion of the immigrants to Ghana. In 2007, 8.5 per of resident permits were granted to students. Students represented a particularly large proportion among permit holders from ECOWAS countries, almost 25 per . The foreign student population at the University of Ghana rose steadily from 1.5 per in 2001-02 to 3.8 per cent in 2006-07.

While the overall immigrant population remained relatively stable over the last two decades, the number of asylum seekers and refugees has dramatically increased, from 11,721 in 2001 to 34,950 in 2007. In 2007, Ghana hosted the largest refugee population in the West African sub-region. Representing 77.3 per of the total refugee population in Ghana, Liberians accounted for much of the increase in the number of refugees in Ghana. According to UNHCR (2008), 40 per cent of the refugees from Liberia and Togo were minors (persons under 18 years old). In 2008, Ghana received fewer asylum seeker and refugees (18,206), but the country remains host to the fourth-largest population of asylum seekers and refugees in the region.

It is a matter of debate just how many people currently live in Nigeria; numbers vary rather wildly, but it’s estimated there are about 175 million people living in Nigeria. At the time of the last census, there were approximately 250 different ethnic groups in Nigeria, with many different languages, customs, and religions. Due to this rich ethnic diversity, the Nigerian identity is very heterogeneous. At the same time, Nigeria is home to a large number of foreigners, including those attracted by the oil-export boom from the 1970s and displaced by political conflicts and civil wars in West Africa.

Although the country has seen some rural migration to the capital Ouagadougou, at least two-thirds of migration is to Côte d’Ivoire, its neighbor to the south and the traditional destination of Burkinabè emigrants. In 1990, the country’s net migration (numbers of migrants entering the country minus those leaving) was 28,000, and, by 2000, this had become a loss of 68,000 a year, in a population of about 11 million. Due at first to colonialism and now globalization, Burkinabè tend to migrate not on a seasonal basis but for periods of up to two years before returning, and there is evidence that children born abroad are increasingly remaining in their country of birth.

Despite intolerant policies and conflict in Côte d’Ivoire in 2000 and 2002, which forced thousands to return to Burkina Faso, it continues to be the top destination although exact data is not available.

Burkina Faso has largely avoided upheavals and civil wars, familiar stories to many of its West African neighbors. It has not produced many refugees, and it has only received small numbers from neighboring Mali, most of whom have returned. 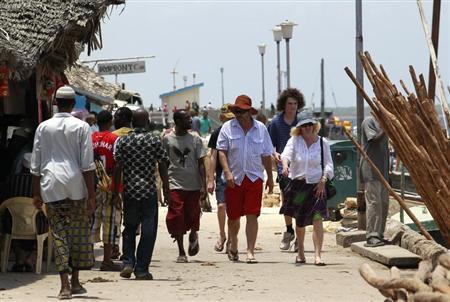 Kenya is the most cosmopolitan city in East Africa. Here, going about one’s daily business, it’s easy to cross paths with Ugandans, Tanzanians, Rwandans, Sudanese, Somalis, Ethiopian and Eritreans. Add to that a dollop of Nigerians, Ghanaians, Cameroonians and Congolese.

But as of past years, the international flavor of Nairobi — as well as the economic progress of Kenya at large — was suddenly in peril. In 2012 Kenya shut the door on foreigners seeking permits for jobs that pay less than 168,000 shillings per month or 2 million shillings per year. In recent years the Foreign and Commonwealth Office (FCO) has been publicizing that there was a “high threat” from terrorism, including kidnapping, and other violent crimes, such as robberies and carjacking in Kenya Largely due to terrorism. This has reduced the number of immigrants in Kenya significantly.

Migration Profile Reveals at least 6.9 million People Affected by Migration and Human displacement in Sudan. A new IOM migration country profile of Sudan highlights that 6.9 million people are affected by migration and displacement to, from and within Sudan. With 4.9 million internally displaced people, 750,000 foreign migrants and refugees living in Sudan and at least 1.2 million Sudanese living abroad compared with a total population of 39.2 million, the country faces enormous challenges to effectively manage migration.

Tanzania hosts thousands of refugees from conflict in the neighbouring Great Lakes region. Tanzania is prone to refugee influxes, often of long duration. Despite facing its own economic challenges, for decades Tanzania has welcomed thousands of refugees fleeing conflicts in neighboring countries of the Great Lakes Region. The country’s geographical proximity to the strife-torn Congo Basin is responsible in part for the arrivals. As well, Tanzania was an early signatory in the region to international agreements on the rights and welfare of refugees and asylum seekers.

The majority of immigrants to Ghana come from Africa. In 2000, 38.9 per of non-Rwandan residents were nationals from Economic Community of African States countries, while 23 per cent of immigrants came from African countries outside ECOWAS. According to border statistics from the Ghana Immigration Services, Europeans constituted the largest group of non-African arrivals (4.3%), followed by North Americans (3.7%), from 2000 to 2007 (GIS, 2008) the of foreigners are accounted for as Refugees.