Africa is the fastest growing continent in the world. This means there are a lot of investment opportunities in Africa. Africa has now become the favorite destination for foreign investors with the aim of capturing the many and diverse opportunities in Africa. These opportunities range from agriculture, tourism, mining of minerals, infrastructure, fast moving goods to name but a few. If you are a foreign investor who have not yet ventured in Africa to get a share of the cake then you should consider revising your entrepreneurial skills. Many investor may wonder out of the 50 plus countries in Africa where am I encouraged to invest my money or our money in. Every country in Africa is doing exceptionally well but in this article we are going to look at top 10 African countries I would advice an investor to venture in. Note these countries may not necessarily be the biggest economies in Africa though some are but countries with the biggest potential in investment opportunities. I will give you reasons why.

Mozambique has a population of just under 25 million people, one may say this is a very small consumer market but since Mozambique is a member of southern African development community(SADC) it is very easy to gain access to the whole of southern Africa through Mozambique. Mozambique economy is a very fast growing economy and so has been the middle income earning population thus I would advice in investing in real estate and agribusiness especially rice farming.

For long south Africa has held the position of the most attractive foreign investors attraction in Africa, but this is changing fast due to the fact that most of the sectors in the Africa’s biggest economy have already been taken and held tightly by former investors thus leaving very few spots in the economy for new investors. Nevertheless South Africa still has got lot of investments opportunities for foreign investors. They say South Africa is the gateway to Africa and if you want to conquer Africa you begin in South Africa. South Africa has quite a large population that makes it ideal for consumer products and other ventures such as real estate, telecommunication and agribusiness.

Zimbabwe has for long been having some political problems that had been dragging it economically behind. Once she stood back to her feet there were just loads and loads of opportunities, from constructions of roads to better service delivery to the people. This is a country that I would advise investors of all walks to venture into. This is a country with opportunities in every sector from tourism, mining, construction, agribusiness, technology, telecommunication you name it.

this is a very good investment destination for investors who are so much interested in investment in the energy sector. Hydrocarbons have for so long been the driving factor of this country’s economy accounting up to 60%. Algeria has also the 10th largest reserves for natural gas and is also ranked 16th in oil reserves in the world. Though she has also been going through some political problems Algeria has very many investment opportunities for foreign investors especially in the mineral exploration, mining and manufacturing it to final product.

Rwanda is just this small country that refuses to be ignored in the jungle of large economies in east Africa. Rwanda is a country of people who live in upcountry and mostly is involved in agriculture. I would advise investors who are in agribusiness and service delivery in this country. There is a lot of need for agribusiness in this country, I would advise investors in milk processing, poultry farming, and juice manufacture and so on. There is also need for telecommunication investors to take note of this country. There is also need for introduction of technology to enable large scale farming.

Ghana was the first African country to gain Independence and since then Ghana has maintained a strong economic, social and political temperatures. She is this country that is not afraid. Ghana is a good investment destination for all kinds of investors. You can cannot specifically point Ghana’s strong hold since she is this kind of country that has tried everything, from there gold and oil mines to their cocoa farms, from there improved educational system to improved infrastructure such as roads and so on. This is a place I would advise investors who deal with more complex things such as informed communication technology, energy sector such as nuclear reactors and geothermal energy to venture into.

East Africa is doing exceptionally and Uganda being an east African country has vowed not to be left behind. Having to compete with Kenya, east African biggest economy has been quite a task but which has bore her fruits since she has gained several steps trying to catch up with her elder sister. This is a country I would advise investors in mining and construction industry to take keen notice at. Uganda’s has never been serious with mineral exploration like now and her recent discover of large deposits of oil asserts to this. In the construction industry Uganda is undertaking major infrastructure projects which I would advise investors to take advantage of.

Ethiopia is Africa’s second most populous country with a population of approximately 85 million habitats. Ethiopia is the third fastest growing country just behind China and India. Ethiopia is currently the fourth biggest economy in Africa. Ethiopia economy largely depends on agriculture accounting up to 46% of its economy. Ethiopia has attracted significant foreign investment in agriculture and manufacturing and continues to. This is a country I would advise investors of all walks to venture in due to the large consumer market and a lot of unexploited resources.

Kenya is among 5 other African Nations that could Rival “Asian Tigers” by 2017 “- J. Cohen Former U.S. Assistant Secretary of State for African Affairs. Kenya is east African biggest economy. Kenya has adopted a strategy that has seen more investors venture into it. Due to the small Kenyan domestic market since Kenya has an approximate population of 40 million people, it has been building quite big infrastructure projects so as to link itself with other east African countries such as Tanzania, south Sudan, Uganda, Rwanda, Burundi, Somali and Ethiopia this making itself the hub of east Africa. As they say if you conquer Nairobi (Kenyan capital city) you have conquered east Africa. This has increased the domestic market for companies in Kenya to up to 400m consumers. Kenya has had its economy being driven by agriculture in the past years but have opted for other means such as mining, tourism and trade. This has seen major discoveries of minerals including oil, rare minerals and gold in Kenya. I would advise investors of all walks to invest in this country especially in the transport, energy, tourism and mining sectors. 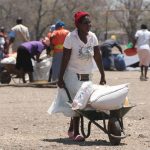 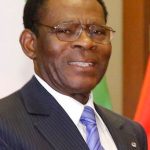