Search
Menu
Search
Idi Amin was a Ugandan president best known for his brutal regime and crimes against humanity while in power from 1971-1979.
During his tenure, he lived a lavish lifestyle while contributing to the collapse of Uganda’s economy. He sought to stay in power at all costs, resulting in extensive human rights violations via mass killings.
The Ugandan President had little or no formal education before joining the King’s African Rifles of the British colonial army in 1946 as an assistant cook.
ALSO READ:  Quote of the Day -by Idi Amin

After a luncheon hosted by the Queen in London in his honor, the former Ugandan leader Idi Amin had this to say for his vote of thanks.

“  Mr Queen, Sir, Horrible Ministers, invented guests, ladies under gentlemen. I thank the Queen very plenty for what he has done to me. I tell you, I have eaten so much that I am now fed up with malicious meal.

Before I continue, I would kindly ask you to open the windows so that the climate may get in plenty. But before I go back I must invert Mr Queen to my country and I can assure you, Mr Queen that when you come, I shall revenge to you. You will eat a full cow and I will work very difficult to make sure that you will come back with a very full stomach.

For now I am sorry that I have just made a short call on you. The next time I will make a long one possible for a full moon. Thank you for letting me undress you in front of all the disgusting people.” When the Queen later asked the journalists present what on earth Amin had said, they replied that it was in a language similar to English, but that was all they could say. 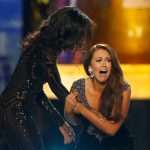 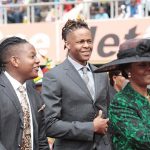