If there is one person that Senegal can be proud of today, it is Fatma Samoura. Secretary General of Fifa, she has just been nominated by the American magazine Forbes “most powerful woman of the world sport”.
Fatma Samoura has been the head of the International Football Federation’s administration since 2016. This makes her number two in world football, after her president Gianni Infantino.

ALSO READ:  Here is the Complete List of Countries That Senegalese Can Visit Without a Visa
ALSO READ:  Trump is Not a Bad Man, He's Just Ignorant - US Vice President

Ms. Samour worked as a civil servant in the United Nations system. At present, she is the head of this establishment making a turnover of $ 5.6 billion between 2015 and 2018.

Apart from her, there is Lydia Nsekéré from Burundi, who is a member of the executive committee of FIFA and Florence Hardouin who comes from France. They then occupy the 2 e and 3 e ranking places published by US magazine Forbes.

In addition, Lydia Nsekéré is part of the International Olympic Committee but also of the Fifa Council. For her part, Florence Hardouin heads the French Football Federation. She is also a member of the UEFA Executive Committee. 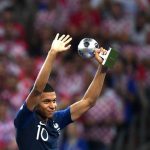 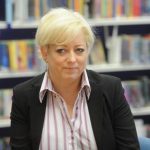