A sculpture of John Chilembwe, a Malawian reverend minister who fought against British rule, has been unveiled on the fourth plinth of Trafalgar Square.

Antelope, the name of the sculpture, was unveiled on Wednesday, September 28. Malawian-born artist Samson Kambalu designed the sculpture, which is the 14th contemporary artwork to be commissioned in Trafalgar Square, and the first of an African.

The statue restages a well-known 1914 photograph of Chilembwe and John Chorley, a European missionary, taken when Chilembwe opened his new church in Nyasaland, currently Malawi. Chilembwe wears a wide-brimmed hat in the photo, going against a colonial rule which banned Africans from wearing hats in front of white people.

ALSO READ:  When Providence's First African American Elected Official Was Forced To Relocate To Liberia Due To Racial Discrimination
Loading...

Chilembwe remains an iconic and very important figure in Nyasaland’s (now Malawi) fight against European imperialism. Born in 1871, Chilembwe was a Baptist pastor and teacher. He was trained as a minister in the United States but returned to Nyasaland in 1901 to serve his people and partake in the anti-colonial struggle.

Chilembwe was a staunch opponent of the treatment of African workers on European-owned plantations and also advocated for equal political and social rights for Africans. In January 1915, he organized an unsuccessful rebellion against the British. He was killed on February 3, 1915, while trying to escape to Mozambique after several unsuccessful attempts to arrest him.

Chilembwe is almost twice the size of Chorley in Kambalu’s sculpture. “By increasing his scale, the artist elevates Chilembwe and his story, revealing the hidden narratives of under-represented peoples in the history of the British Empire in Africa, and beyond,” according to the Mayor of London’s website.

Malawian minister Chilembwe is today seen as a martyr of his country’s nationalism. In fact, every January 15, Malawians celebrate John Chilembwe Day to remember his uprising that is viewed as the beginning of the Malawi independence struggle.

Chilembwe’s rebellion against British colonial rule did not receive wide local support as expected largely due to the extent of violence and bloodshed that shocked many at the time.

Kambalu said he hopes the five-meter statue “will start a conversation in Britain that is still coming to reckoning with their colonial past,” BBC reported.

The fourth plinth has displayed a different piece of artwork every two years since 2003. It now exhibits temporary art selected through public consultation and the commissioning group. 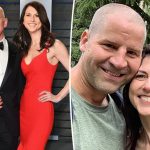 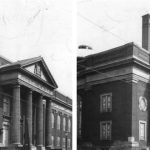