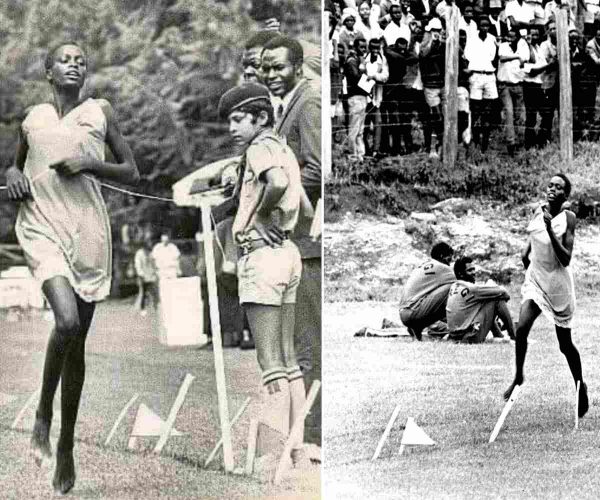 Sabina Chebichi belonged to the Elgeyo people of Kenya’s western highlands. Born in Trans Nzoia and the second oldest of nine children, she lived in a mud hut and helped to tend the cattle on the family farm while doing other household chores. Chebichi would rise from her humble beginnings to earn acclaim in the world of sports.

In the early 1970s, she stood out from among her fellow school runners. The 14-year-old from Mlimani Primary School near Kitali shocked athletic pundits during a meet organized by the Kenya Amateur Athletics Association in Kericho in May 1973. In that major Brooke Bond-sponsored meet in Kericho, Chebichi won her race barefoot and in a bright green petticoat as she did not have the minimum athletics equipment — running clothes and shoes — which many of her schoolmates were competing in.

But not having a proper athletics kit made no difference to her results. In fact, she ran the women’s 800 meters in 2 minutes 16.8 seconds, and the 1500 meters in 4 minutes 40 seconds. These were times that were already within measurable distance of the world records at the time, reports said.

After Chebichi’s green petticoat had earned her the name ‘petticoat princess’, Feisal Sherman, who was Secretary o Kenya’s Amateur Athletic Association (currently Athletics Kenya), sent her running kit and proper shoes. During this period, Kenyan newspapers and sportswriters couldn’t get over Chebichi, who had become Kenya’s newest and youngest running star.

And as the 1973 season progressed, Chebichi continued to win hearts and capture media attention while breaking records. That year, she recorded some of the fastest times in Africa for 800 meters and 1,500 meters. In Sardinia, on an Italian tour, she set a new record for the island of 2 minutes 12 seconds for the 800 meters event, Reuters reported. 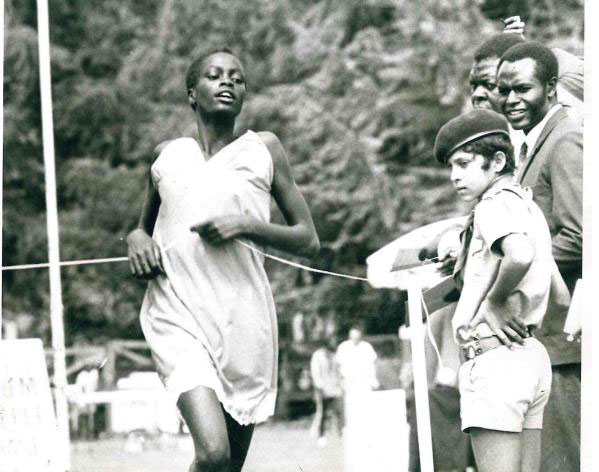 And what was perhaps her defining moment was when she won the bronze medal in the 800 meters at the 1974 Commonwealth Games in Christchurch, New Zealand. This made her the first female from Kenya to win a medal at the Commonwealth Games.

Having made history on the international running scene, many believed that the extraordinary Kenyan athlete could do more and even head to the Olympics. One report wrote: “[I]f Sabina can continue training hard, there is no reason why she should not win a medal in the Olympic Games and become the first-ever woman from Africa to do so.”

Chebichi was named to compete at the 1976 Summer Olympics which were held in Montreal Canada but Kenya boycotted the games along with other African countries in protest against the participation of New Zealand, which had sporting links with apartheid South Africa.

And after having made headlines as Kenya’s new athletics star, Chebichi became pregnant, bringing her career to a halt. An article on the History of Women’s Sport in Africa indicates that other female athletes who emerged successfully as international runners agreed that early pregnancy curtailed their dreams in sport. The 2015 article cites former Olympian Ruth Waithera as saying in an interview that “girls who start rising in athletics and are then interrupted by pregnancy never seem to recover.”

Even though Chebichi couldn’t progress in sports the way many would have wished, her determination and endurance continue to inspire many. 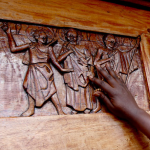 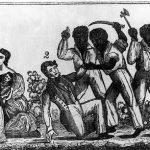