Dedan Kimathi was in the 1950s seen as a terrorist by the British after leading the Mau Mau Uprising, an armed military struggle against the colonial regime in Kenya.

But for many Kenyans, Kimathi has always been that hero who gave the British a hell of a time that would eventually pave the way towards the country’s independence.

His group, the Mau Mau began as the Land and Freedom Army (KLFA), a militant Kikuyu, Embu and Meru army which sought to reclaim land that the British settlers had taken away from them.

The group’s membership grew and it became so powerful that the British government saw it as a threat.

After four years of revolt between the Mau Mau and the British that claimed over 10,000 lives, Kimathi was captured and this led to the decline of the uprising against the British colonial government.

This year, October 21, will be 63 years since he was captured at Tehu in the early hours of that day in 1956 by a British police officer, Ian Henderson, who used intelligence gathered from a disgruntled former Mau Mau.

Media reports state that he was dressed in a leopard skin headdress and cloak when he was spotted moving through the forest which had been his home since the colonial government launched a crackdown on leaders of the Kenya African Union (KAU), a mainstream political independence party whose aims and objectives did not differ from that of the Mau Mau. 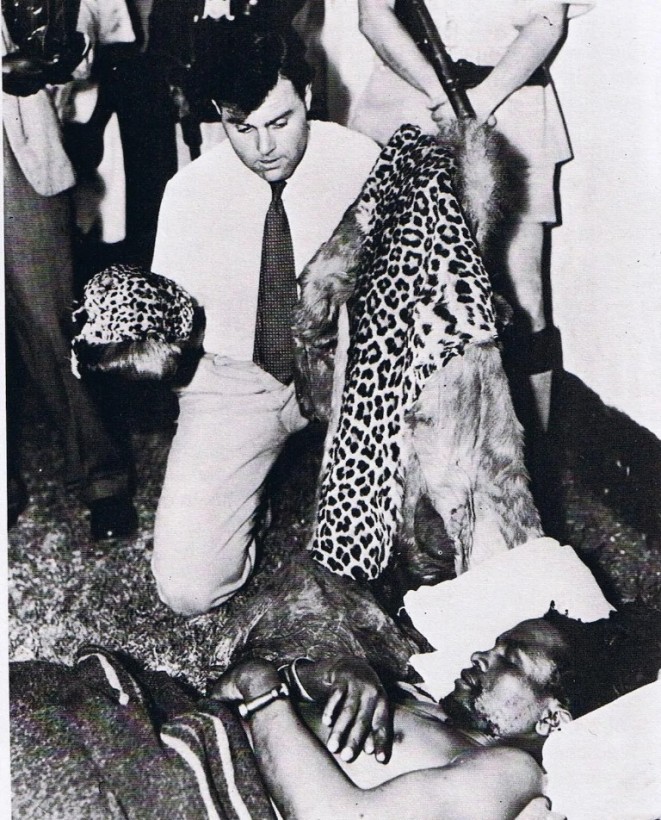 During his capture, it is reported that Kimathi attempted to escape but was shot in the right thigh.

His arrest became a major news in Kenya at the time, with the British government printing over 100,000 leaflets in Gikuyu and 20,000 in Swahili to announce Kimathi’s capture.

Media reports state that when he was sent to the hospital for his bullet wound to be treated, many Kenyans, particularly, the Kikuyu, gathered outside the facility to catch a glimpse of him.

In court, Kimathi indicated that although he had lived in the forest for almost four years, he had no links with his colleague Mau Mau members since early 1954.

Kimathi, who used to write letters to negotiate with the colonial government from his hideout, further told the court that a pistol that was found on him was given to him in April 1955 by a man called Macharia Kimemia to defend himself against some members of Mau Mau who wanted him dead.

These people were said to be former members of the Mau Mau who had been manipulated by the British through their divide and rule tactic to the extent that they fought on the side of the British and helped to locate him in the forest.