North Korean state media warned on Tuesday of a nuclear attack on the United States at any sign of American aggression, as a U.S. Navy strike group steamed toward the western Pacific – a force U.S. President Donald Trump described as an “armada”. 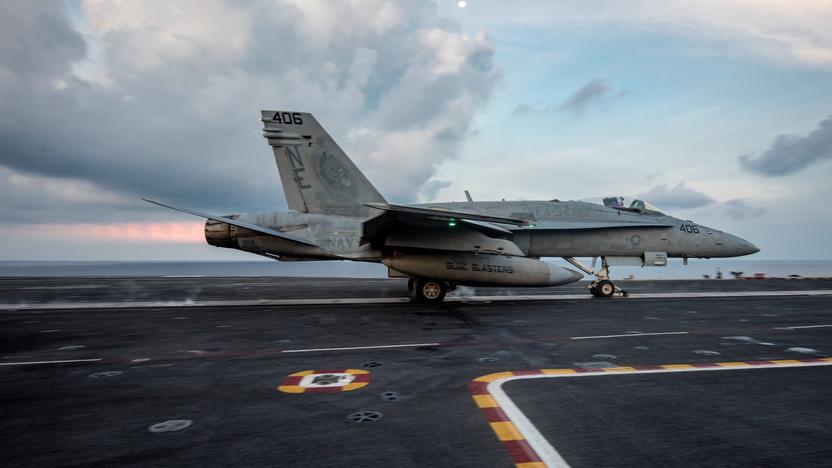 Trump, who has urged China to do more to rein in its impoverished ally and neighbor, said in a tweet that North Korea was “looking for trouble” and the United States would “solve the problem” with or without Beijing’s help.

Tension has escalated sharply on the Korean peninsula amid concerns that reclusive North Korea may soon conduct a sixth nuclear test and after Washington said at the weekend it was diverting the aircraft carrier strike group Carl Vinson toward the Korean peninsula in a show of force.

“We are sending an armada. Very powerful,” Trump told Fox Business Network. “We have submarines. Very powerful. Far more powerful than the aircraft carrier. That I can tell you.”

Referring to North Korean leader Kim Jong-un, Trump said: “He is doing the wrong thing.” Asked if he thought Kim was mentally fit, Trump replied: “I don’t know. I don’t know him.”

North Korea said earlier it was prepared to respond to any U.S. aggression.

“Our revolutionary strong army is keenly watching every move by enemy elements with our nuclear sight focused on the U.S. invasionary bases not only in South Korea and the Pacific operation theater but also in the U.S. mainland,” its official Rodong Sinmun newspaper said.

In spite of the military rhetoric, U.S. officials have previously stressed that stronger sanctions are the most likely U.S. course to press North Korea to abandon its nuclear program. At the same time, Washington has said all options – including military ones – are on the table and that a U.S. strike last week against Syria should serve as a warning to Pyongyang.

The strike group heading toward Korea includes the nuclear-powered flagship aircraft carrier USS Carl Vinson, two destroyers and a cruiser. Such a strike group is generally accompanied by submarines, although the Pentagon does not normally publicize this.

U.S. Defense Secretary Jim Mattis said the deployment was not tied to a specific event but a matter of prudence.

“She is just on her way up there because that is where we thought it was most prudent to have her at this time,” he said at a Pentagon news conference.

“I think there is no evidence that North Korea has that capability at this time,” he said. “Threatening something that you don’t have the capability of isn’t really a threat.”

North Korea remains technically at war with the United States and its ally South Korea after the 1950-1953 Korean conflict ended in a truce, not a peace treaty. It regularly threatens to destroy both countries.

However, North Korea has conducted five nuclear tests, two of them last year, and is working to develop nuclear-tipped missiles that can reach the United States, presenting Trump with perhaps his most pressing security headache.

He ordered the military to intensify monitoring and ensure close communication with Washington.

The agency made no mention of North Korea’s nuclear weapons program or being under threat from the United States.

Saturday is the 105th anniversary of the birth of Kim Il-sung, North Korea’s founding father and grandfather of the current ruler.

A military parade is expected in Pyongyang to mark the day and North Korea often marks important anniversaries with tests of its nuclear or missile capabilities.

Men and women in colorful outfits were singing and dancing on the streets of Pyongyang, illuminated by better lighting than seen in previous years, apparently practicing for the parade.

Trump said a trade deal between China and the United States would be “far better for them if they solved the North Korea problem”.

“If China decides to help, that would be great,” he tweeted. “If not, we will solve the problem without them!”

Trump pressed his Chinese counterpart Xi Jinping to do more on North Korea at a meeting in Florida last week.

“We believe that it is highly important to move toward denuclearization, to maintain peace and stability, and it’s time that different sides sit down to talk about achieving these objectives,” he told Reuters.

Asked about Trump linking a trade deal to China’s help with North Korea: “We need to look at the situation on the Korean Peninsula as something that we should work together on.”

South Korean officials sought to quell social media talk of an impending crisis, and Defence Ministry spokesman Moon Sang-kyun urged people “not to get blinded by exaggerated assessment about the security situation”.

“We will take the toughest counteraction against the provocateurs in order to defend ourselves by powerful force of arms and keep to the road chosen by ourselves,” an unidentified ministry spokesman said.

U.S. officials said at the weekend the carrier group would take more than a week to reach waters near the Korean peninsula.

A statement from U.S. forces in South Korea on Tuesday said General Vincent Brooks, commander of United States Forces Korea, would not attend a Congressional hearing expected this month because of the “security situation on the Korean Peninsula.” The statement said the step was not unprecedented.

Russia’s Foreign Ministry, ahead of a visit by U.S. Secretary of State Rex Tillerson, said it was concerned about many aspects of U.S. foreign policy, particularly North Korea.

“We are really worried about what Washington has in mind for North Korea after it hinted at the possibility of a unilateral military scenario,” the ministry said in a statement.

China and South Korea agreed on Monday to impose tougher sanctions on North Korea if it carried out nuclear or long-range missile tests, a senior official in Seoul said.

China banned all imports of North Korean coal, the country’s most important export, on Feb. 26, but Washington has questioned how well the sanction was being implemented.