Marseille won the prize of a ranking unflattering since it is the list of the most dangerous European cities written by the site Numbeo. According to this American site, which is the largest online participatory database on cities, Marseille is the most dangerous city in Europe.

A ranking of the US site Numbeo, which proclaims itself as the largest participative database on the world’s cities (consumer prices, quality of care or perceived crime rates …), puts Marseille in first position of the most dangerous cities in the world. Europe.

ALSO READ:  This Comparison Shows Africa Is As Big As China, India, U.S And Most Of Europe Put Together

According to the classification of Numbeo, the French city is followed by the Italian agglomerations of Catania (Sicily), Naples and Turin. Paris is in eighth place.

According to France 3 Provence, the questions asked were: how do you rate the level of crime? The feeling of security when you walk in the street day or night? Are you afraid of being assaulted or stolen? Afraid to see your car stolen or robbed? Afraid of being insulted in the street or any other public place? Etc, the list is not exhaustive

Globally, Marseille is in 43rd position while the city of San Pedro Sula in Honduras has been recognized as the most dangerous in the world.

Many French media do not seem to agree with the data of the American site. The newspaper 20 minutes Marseille indicates in the article entitled “No, Marseille is not the” most dangerous city “in Europe” that by writing this ranking, Numbeo was based on a survey of its readers . In addition, the French media said that the US site had relied not on facts but on the feelings of respondents to insecurity.

Some users share the opinion that the results of this US survey should not be overemphasized.

Earlier this year, the prefect of police of Bouches-du-Rhone had yet announced the decline in the rate of delinquency for the fifth year in a row.

Nevertheless, this positive trend seems to have reversed. In September alone, the authorities recorded four settlements in the Bouches-du-Rhône, out of a total of 19 since January, already more than in 2017.

Last November, Le Canard enchaîné questioned the reliability of the crime figures presented by the Marseille police. According to this satirical newspaper, the peacekeepers would be forced by their superiors to deflate the statistics on the identified criminal acts. 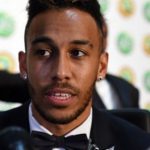 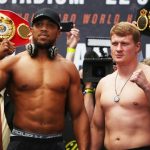