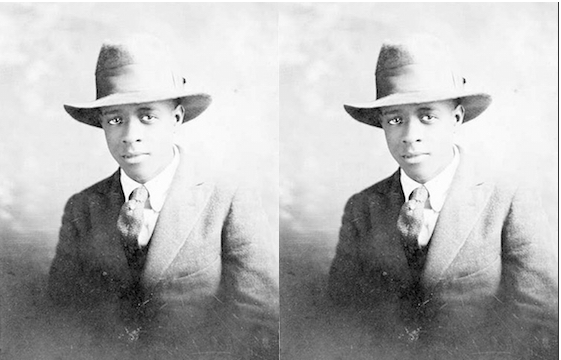 Wallace Henry Thurman was in the early 1930s acknowledged as one of the leading novelists, poets, critics, and playwrights of the Harlem Renaissance. Yet, he questioned the very existence of the movement. He had arrived in New York in 1925 during the second phase of the Harlem Renaissance, then noted as the most influential movement in African-American literary works and creative culture.

While there, he did not only help launch two periodicals dedicated to Black artists but also wrote several plays and three novels, with The Blacker the Berry: A Novel of Negro Life becoming his most well-known novel. Indeed, the novel’s line “the blacker the berry, the sweeter the juice” has been referenced in the works of prominent artistes including Kendrick Lamar and Tupac Shakur.

That novel was his first. Thurman centered it on intraracial prejudice, colorism and internalized racism in African-American life. He dedicated it to his maternal grandmother, Emma Jackson, who had helped raise him.

Thurman was born on August 16, 1902, in Salt Lake City, Utah, to Beulah and Oscar Thurman. Not long after he was born, his father moved to California, leaving him in the care of his mother. Thurman would sometimes spend time with his maternal grandmother, and being a sickly child, he spent a lot of time indoors reading or watching Saturday matinee films, a report said.

Thurman enrolled at the University of Utah in Salt Lake City in 1919 before transferring to the University of Southern California in 1922 to study journalism but dropped out without receiving a degree. Having developed an interest in writing and literature, Thurman started writing the column Inklings for a Black Los Angeles newspaper before moving on to found the magazine, Outlet. The magazine’s aim was to begin a literary movement on the West coast like that of New York City’s Harlem Renaissance, but it was not successful.

In 1925, Thurman, unable to organize a literary group in California, moved to Harlem, NYC, at the height of the Harlem Renaissance. Harlem had then become popularly known as the Black Cultural Mecca famous for its great jazz clubs, African-American arts, culture, and heritage. Thurman first worked as an elevator operator before becoming a reporter and editor for the magazine, The Looking Glass, in New York City.

By then, Thurman, who had read the works of Shakespeare, Plato, Aristotle, Havelock Ellis, and Charles Baudelaire while attending school had become one of the most talented editors in the city, able to read 11 lines of text at a time. As Langston Hughes once said, Thurman was “a strangely brilliant Black boy who had read everything, and whose critical mind could find something wrong with everything he read.”

By 1926 when he became managing editor of the Black periodical Messenger, Thurman had become deeply involved in the Harlem literary scene and even urged writers such as Hughes and Zora Neale Hurston to contribute to his publication. But in time, Thurman became the Harlem Renaissance’s harshest critic.

Through his short-lived journal, Fire!!, which he launched with other younger Black writers including Hughes, Hurston, and Nugent, Thurman attempted to bring together the “opposition of the younger generation against the programmatic and promotional ideologies of the older generation of Black leaders and intellectuals such as W.E.B. Du Bois and Benjamin Brawley,” according to the book, The Collected Writings of Wallace Thurman.

In other words, through Fire!!, Thurman and his fellow younger generation of writers sought to declare independence from the older generation of “bourgeois Black writers and critics.” But the first issue of Fire!! also became its last. In two years, Thurman published another magazine called Harlem: a Forum of Negro Life. That also lasted for only two issues despite contributions from young writers of the Harlem Renaissance.

Then in 1929, an adaptation of Thurman’s short story Cordelia the Crude: A Harlem Sketch opened on Broadway as the play Harlem. Thurman was still not satisfied with his environment. A report said he felt shunned by a “segregationist white society” and by “black Talented Tenth circles” which, he argued, backed light-skinned African Americans. So a year after his play, he published his first novel, The Blacker the Berry, which looked at intra-racial conflicts associated with skin color. Literary patron DuBois would later describe the novel as disappointing, stating its content seeming to “deride blackness”.

Yet others hailed Thurman and his prolific work as a literary critic, novelist, and playwright. Years before his death in 1934 at the young age of 32, he continued to criticize Harlem in his 1932 novel, Infants of the Spring, which reports say “satirizes” the Harlem Renaissance and its foremost artists.

The writer, whose Harlem flat was a hub for local artists, believed that Black artists should celebrate both the positive and negatives aspects of Black America.

To Thurman, “the Black writer need not pander to the aesthetic preferences of the Black middle class, nor should he or she write for an easy and patronizing White approval,” according to Singh and Scott. 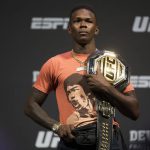 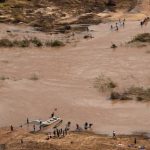