Does this implies models would soon be going to extinct oruseless? That’s the question many people are asking following an innovative creation by celebrity photographer Cameron-James Wilson. Wilson has created a computer-generated dark-skinned persona who is making waves in the modelling industry and currently heavily being sought after.

There was then a mystery surrounding who this beautiful lady was as her Instagram bio at the time simply read “Who is she.” Some photographers who actually thought she was real slid into her DMs with requests to set up a shoot, according to Wilson.

The interest in Shudu reached a climax when Rihanna’s cosmetics company, Fenty Beauty, shared a photo of her on their Instagram account that shows her wearing a shade of the makeup line’s lipstick. As Wilson began responding to loads of private message to clarify who Shudu was, he eventually revealed that the too-perfect model was just a 3D creation. He even changed the bio on her Instagram to “world’s first digital supermodel.”

“Basically Shudu is my creation, she’s my art piece that I am working on at the moment. She is not a real model, unfortunately, but she represents a lot of the real models of today. There’s a big kind of movement with dark skin models, so she represents them and is inspired by them. Obviously, some models like Duckie [Thot] were definitely big inspirations for her as well,” the 28-year-old London-based photographer was quoted by hypebae.com.

I have some beautiful new work coming out!! . T-shirt by @soulskybrand . . #3dart #clo3d

But many are not enthused about the whole idea of a black digital model, especially as created by a white man. Currently, black women are underrepresented in the fashion and beauty industries, hence many believe creating a black model instead of hiring one only worsens the situation. Others argue that Wilson is taking advantage of the growing interest of dark-skinned models to make a profit, a claim the photographer has denied. 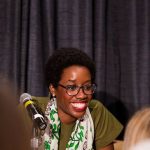 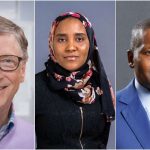