Just like his father, Momarr Mass Taal wanted to be a diplomat. However his destiny took a different turn.

He seriously kicked off his entrepreneurial journey in Canada before he came back home to Gambia. Today Momarr is a serial entrepreneur and has 140 employees, 120 of which are women.

As a teenager (17), the young entrepreneur started printing t-shirts. He did it first for fun, then for friends and in no time the T-shirt making had turned into a clothing brand, Malyka Clothing.

The story is always same for most entrepreneurs. They see a socio-economic gap and makes innovative moves to fill it.

” I found out in Africa what was lacking in Agriculture and finished goods. So value addition. I saw it as an opportunity and saw it as a duty to come and fill that gap and be one of the people that push this new wave of African entrepreneurship.”

Before he left his home country, Gambia, Momarr Mass Taal had noticed a gap in the Agricultural sector. As an undergraduate he had found out that the nation exported her raw local products (cash crops) to foreign countries to be processed there.

Returning home after his studies in Canada, he set out to change the trend. Momarr set up a groundnut processing firm known as Tripingo Food.

At the moment, Momarr Mass Taal is the owner of the largest Groundnut processing and export business in Gambia. In 2015, he reportedly had a turn over of over $1.6 million. 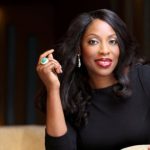 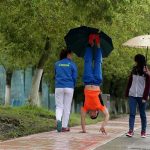