People prefer consuming energy drinks to survive their afternoon crash. Students like them as well, because they believe that these drinks help them stay awake throughout the night.

Unfortunately, not many of them are aware of the fact that a single can of Red Bull increases the risk of heart attack and stroke.

What does Red Bull actually do to your body?

Energy drinks make blood sticky, and thus lead to stroke and cardiovascular issues. An hour after you have had Red Bull, your blood stream will be the same as that of patients with cardiovascular diseases.

However, the company states that their energy drink has the similar effect as a cup of coffee or soda.

You can get the same effect from caffeine, accompanied with an increased reaction speed and large amount of artificial sweeteners and sugar that will give you a short burst of energy.

The difference between energy drinks and coffee is that no one actually knows the exact effect of the ingredients in Red Bull on human body.

Moreover, you will have to deal with lethargy and cravings for another can of the deadly energy drink. Yes, it is a vicious cycle.

Some countries have banned energy drinks

“No less than 3.5 billion cans of Red Bull were sold last year in 143 countries. Yet, quiestions regarding the safety of Red Bull, as well as other energy drinks, keep croppins up at regular intervals when yet another overzealous energy-addict keels over,” explains Dr Mercola.

Taking into consideration that energy drinks become more popular, in some countries these drinks are banned in order to prevent the damage they might cause.

Norway, Denmark and Uruguay have identified the possible heath problems Red Bull might cause and have banned it. In Kuwait, Red Bull is illegal for children under 16 after the death of 2 national squash team members was related to energy drinks. They both died of heart attack.

Who is at high risk?

Energy drinks affect blood vessel function and increase the risk of blood clotting. To prevent stroke, check if you have any of the following symptoms and avoid these drinks at any cost:

This is nothing complicated. All you have to do is eat the right foods and add more omega-3 fats to your diet. Eliminate grains and sugars for a long-lasting effect on your energy.

Exercise regularly and avoid stressful situations. This will also help you avoid another can of Red Bull. 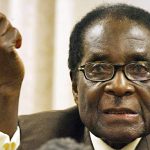 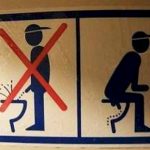