On September 22, 1950, musician Hazel Scott appeared in front of the House Un-American Activities Committee. She’d been named as a subversive — another addition to a long list of those who were somehow plotting against America. Artists, Scott told the committee, “are eager and anxious to help, to serve. We should not be written off by the vicious slanders of vicious and petty men. We are one of your most effective and irreplaceable instruments in the grim struggle ahead.”

That struggle for freedom and equality was a vital part of Scott’s life. The longtime civil rights advocate had broken a barrier two months earlier when she became the first black woman to host a television variety show in America. The Hazel Scott Show was a weekly musical variety show that showcased Scott’s talents. As Scott’s biographer, Karen Chilton, writes in her book Hazel Scott: The Pioneering Journey of a Jazz Pianist from Cafe Society to Hollywood to HUAC, for each show, Scott was “always costumed in gorgeous gowns, diamonds, and neatly coiffed hair.” The show was a mix of musical styles, sometimes with Scott providing vocals in addition to her playing. She was rejecting the prevailing media images of black women at the time. She was confident, sophisticated, beautiful, and talented, and the viewers loved her. Within a few weeks, the show had found more sponsors and went from a local weekly broadcast to airing nationally three times a week.

She had imagined that her show would shed the stereotypical images of black Americans that were saturating the media, but now, sitting in front of a committee whose mission was to root out Communist influence, Scott was watching that vision dissolve. She brought something new to the media landscape, something that would be gone before it could truly reach its potential. By the end of the month, Scott’s show was canceled, another victim of the 1950s Red Scare.

The DuMont Network was new on the scene. An upstart created by the DuMont Laboratories in 1946, it was mostly known as a TV manufacturer. A new station would never get off the ground without a roster of talent to fill its on-air hours, and pianist and singer Hazel Scott was just what it needed. She had it all: a strong, rich voice that just poured over lyrics, piano skills that slid seemingly effortlessly from classical to jazz, and a beauty and style that would easily translate from the nightclub to television. In 1950, Scott was offered a 15-minute program that would air every Friday night on the network’s New York affiliate, making her the first black woman to host a regularly appearing program.

The DuMont Network was experimenting with the traditions of broadcast in many ways. Being new meant they’d have to be innovative. They gave their shows’ producers more freedom in production. Scott’s director experimented with angles, shots, and visuals in shooting. The network also broke with the tradition of having a single sponsor for each show, instead getting multiple advertisers for each program. When The Hazel Scott Show proved itself a success, the network was able to add other sponsors.

“Entertainers are important soldiers in the world battle for the minds of men,” Scott told the House Committee. She believed that her work and her image were important parts of a battle she was eager to fight: equality for all Americans. She saw her role as an entertainer as a way to offer a window into the lives of black America. These were dignified lives, worthy of respect on screen as much as in life. The way she performed showed that. As Karen Chilton writes in her biography: “With Hazel Scott, there would be no obsequious smiles, no hunched shoulders, downcast eyes, or shuffling of any kind.”

Her battles weren’t just confined to the screen. She had long refused to play segregated concerts, and just one year before her show premiered, Scott had mounted a successful civil rights lawsuit against a Washington restaurant that had denied her and her secretary service. An all-white jury awarded her $250, far lower than the $50,000 she’d sought, but it was still a net gain for equality. “I sued and I won,” Scott said. “And I gave all of the money to the NAACP.”

But now, in front of these white male representatives, it seemed as if it were all for nothing. As she sat there, defending her appearances at events, her relationships, her beliefs, did she flash back to a few months earlier, when she had appeared on television in flowing gowns, with beautifully done hair?

An ad executive had asked Scott’s manager, “What are you going to do about your girl, she’s in the book, you know?” The book he was talking about was Red Channels: The Report of Communist Influence in Radio and Television, a pamphlet published by the anti-Communist newsletter Counterstrike. Scott, along with 150 others, had been branded as Communists. As Chilton explains, although Scott was never a card-carrying member of the Communist Party, her “outspokenness on civil rights issues made her a target.” And though she and another black activists were seeing their livelihoods threatened, Scott “did not and would not denounce the party’s efforts on behalf of the struggle.” They, like Scott, considered racial justice an important part of their work, and, as her son recounts to Chilton, Scott’s position was clear: “[She was] not going to relax [her] effort to get the rights for people of color merely because the Communist Party embrac[ed] that effort.” Now the sponsors who were lining up to add their names to Scott’s show were pulling away from what had been an unqualified success. Scott appeared before the committee in an effort to hold on to that success.

“I call upon my colleagues to present a solid front against bigots, and against those networks, sponsors, and agencies which seem willing to tuck their tails between their legs and knuckle under to the bigots,” she told the committee. But it was no use. One week later, her show was canceled.

Film historian Donald Bogle describes a typical Hazel Scott Show in his book Primetime Blues: African Americans on Network Television: “There sat the shimmering Scott … like an empress on her throne.” Scott would never be able to reclaim that throne. After her show ended, she found it hard to get work in America and went to find opportunities overseas. She travelled back to the United States occasionally, but lived primarily in Paris for the next 10 years. In 1978, reflecting on the impact of her blacklisting to Essence magazine, Scott said, “At times, it has almost been overwhelming, the fact that my career was stopped.”

Scott concluded her testimony with a request: that the committee “protect those Americans who have honestly, wholesomely, and unselfishly tried to perfect this country and make the guaranties in our Constitution live.” All she ever wanted was to do the work she loved in a place she fought to protect. And for just a moment, Scott had achieved what no one before her ever had. Another black performer, Billy Daniels, would host his own show for two months in 1952, and Nat King Cole’s show premiered in 1956, their roads paved by Scott’s work. “I’ve been brash all my life, and it’s gotten me into a lot of trouble” Scott told Essence. “But at the same time, speaking out has sustained me and given meaning to my life.” 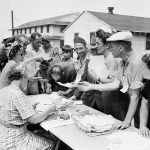 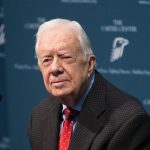