The look on Carolyn’s face showed a calm personality. Just as her counsellor had said, the wry smile on her face also confirmed the story of shy at first sight.

Carolyn was with her mother, Mrs Juliana Asante-Dartey who beamed in admiration of what her daughter had done as we talked about acceptance into an Ivy League school.

YALE popped out of Carolyn’s shirt, and as we joked about how cheeky it was to reject an Ivy League school and tease them by wearing their shirt for an interview, the 19-year-old intellect begun to show in conversations.

Carolyn Asante-Dartey is a young female Ghanaian student who got accepted into two IVY League school, put on a waitlist for one and spoilt for options in other top universities.

The Lincoln Community School (LCS) graduate applied for 19 schools, got accepted into 10, put on two waitlists and rejected by seven. 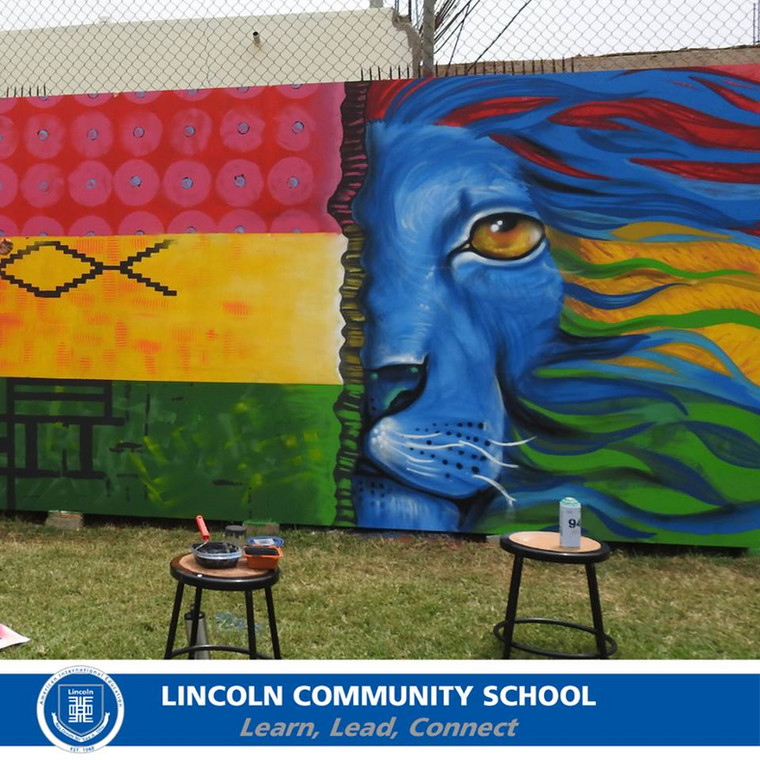 Yale University and Princeton University were the IVY League schools that accepted the young Ghanaian student. She, however, could not make it into Harvard University. Carolyn despite missing out on Harvard and being put on a waitlist for Cornell University was spoilt for choices in her higher education plan.

A few notable schools Carolyn could not get into are New York University, Case Western and Swarthmore.

19-year-old Carolyn Asante-Dartey’s journey to these top Universities started when she got a scholarship to study at Lincoln Community School (LCS), the first beneficiary of The Dr. Dennis Larkin Scholarship which seeks to support deserving Ghanaian students with an international world-class education for two years in grade 11 and grade 12, equivalent to SHS2 and SHS3.

From WGH to LCS 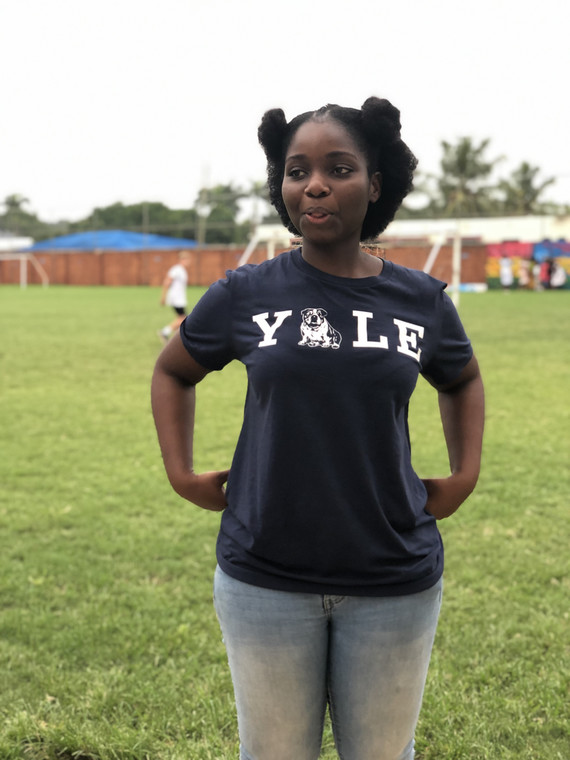 After her basic education, Carolyn tells Business Insider SSA that she gained admission to the prestigious Wesley Girls High School in Cape Coast.

In her first year at Wesley Girls, she joined the National Science and Maths Quiz (NSMQ) team due to her love for mathematics.

Carolyn’s mother heard of the scholarship programme at Lincoln Community School (LCS), send her details through her senior house mistress at Wesley Girls’ High School where she started reading about it.

The young lady who had been doing maths competitions since Junior High School did not think ‘there was any harm in trying’. She applied and got in.

According to her mother, Carolyn had just about a week to provide all requirements for her daughter to be considered. These items included recommendation letters from her basic school, her transcripts from both basic and her secondary school among others. After she got all these, she also needed to prove that they were not in the position to afford the school fees charged by LCS coupled with Carolyn writing an entrance exams. 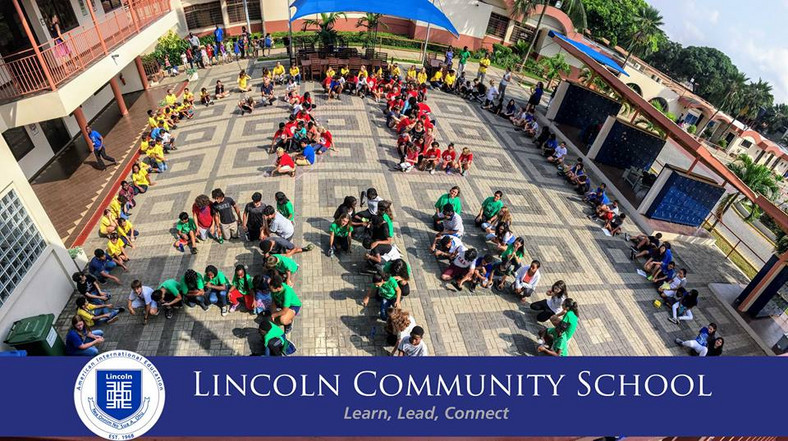 “In the beginning it was difficult transitioning into a new school,” Carolyn Asante-Date tells Business Insider SSA.

“Not just socially but the academics too. The systems are different. The normal Ghana Education System and the International Baccalaureate (IB) are different since the IB system is an advanced system.

“There were a lot of technical system that were not common knowledge in the GES system specifically in terms of technology. Technology is the basis of everything in the IB system for all your internal assessment.”

What made it difficult for Carolyn in the early days of her Lincoln education was the fact that she had no idea on a lot of the technological equipment. The teachers and students she went to meet wanted to help but did not know how. For some, they wondered what she was “doing in school all these years,” she recalls with a smile.

She did not know how to do her lab reports which was an integral part of the whole new education experience. For the specifics in formats, she had no clue.

Carolyn then started her personal research and with no time, she understood what everything was about.

Aside from academics, the 19-year-old said despite Wesley Girls’ High School being fun, it was exciting to leave all the strict environment of a boarding school to a place where she could wear whatever and do whatever she wanted.

Even though she made new friends, she still misses her friends at her former Senior High School. 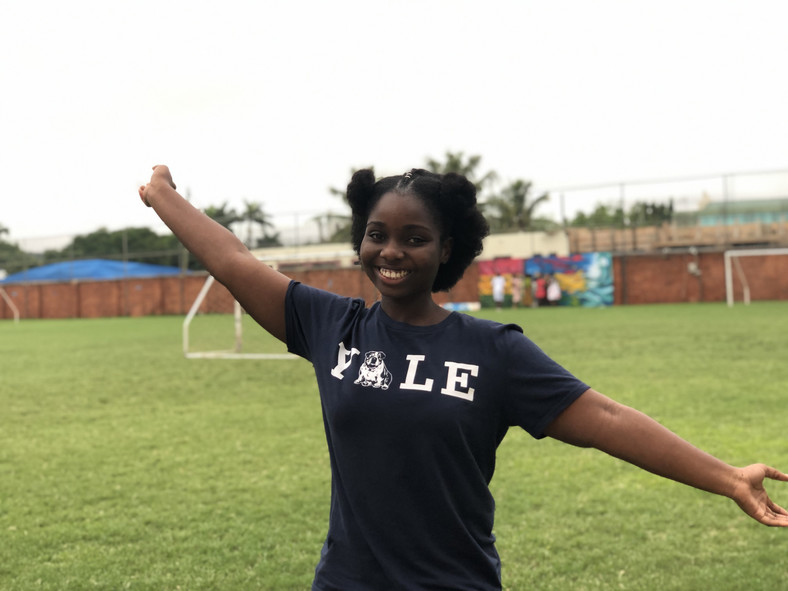 In her final year at LCS, she needed to apply for college just like every other student in the school. For Carolyn, her scholarship also covered her college application fees, a factor that was key in her applying for the 19 schools she applied for.

She said that her school counsellor therefore advised her to apply for as many schools as possible. She was also told to apply for various levels of tertiary institutions in the United States of America.

“The college advisors asked us to balance the schools. I just wanted to apply to reach schools with no safety schools. I could just go to a school in Ghana if I didn’t get in.”

Choosing a school in all the best schools

Carolyn now needed to make a decision on which school to attend. The decision came to five schools which was narrowed down to Yale and Stanford. The Lincoln Community School graduate made the decision talking to old students in the school who have had to made such tough decisions.

“I spoke to students who had gone to MIT and Stanford. Last year from Lincoln, we had two students who went to Stanford and Yale. I wanted to speak to as many people as possible and also read a lot on the schools,” she told Business Insider SSA.

“I also considered the financial package I got from each of the schools and I was able to eliminate three. It was just left with Yale and Stanford.” 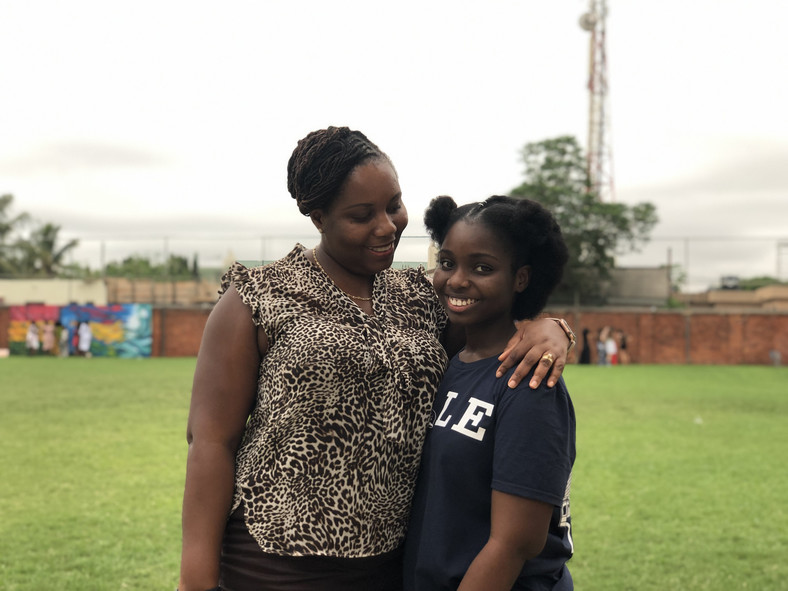 On why she chose Stanford and her future plans, Carolyn said: “I don’t know. I just wanted it to be related to maths.” Her dream is to become an influential person in society especially in the field of Mathematics.

She was grateful to her parents and her schoolmates who have all helped her in diverse ways attain such a feat.

This 19-year-old female Ghanaian student got accepted to Yale, Princeton, MIT, Stanford, University of Toronto and put on Cornell’s waitlist. Don’t let the shirt deceive you. She is NOT going to Yale! 🇬🇭 #PulseGhana #PulseOriginal #PulseInterview

Mrs Juliana Asante-Dartey, Carolyn’s mother said she was happy for her daughter who has always been determined to attain great feats in her education.

“I was happy for her. There is nothing that is impossible if you put your mind to it,” Carolyn’s mother charges her daughter.