As parents, we dream our kids will discover something in life that they’re truly passionate about — something that keeps them honest, free from perils, and away from the many armchair-based video games encompassing today’s youths. If that passion turns out to be our passion — something we can share together — well, then count your blessings. You just hit the lotto.

Haven Jarel, 14, was three when he fell in love with the motorcycle. A full-face helmet dwarfed his tiny body, and yet the child that was likely not long out of diapers bombed around a grassy field, “free,” as he so eloquently puts it. It was this moment that birthed his passion for bikes. And yet young Haven didn’t just want to ride them, he wanted to work on them and, ultimately, make his own.

Living in a warehouse with his father Mark — filled with workbenches, engines, project cars/bikes, and perhaps a small bed to sleep on — the Jarels spent their free time together working, tinkering and creating. It wasn’t Mark pushing his young son into living this way; Haven, in many ways, drove it himself, instilled with a fascination that a pair of hands and an open mind could create anything one can envisage.

“I’ve never really had TV; same with video games,” he tells Petrolicious. “They take up a lot of time where I could instead of doing that be using my imagination to create or design something that could change my whole life, or make someone smile.”

That vision was his very own custom motorbike. Right before his 13th birthday, Mark bought his son an old trail bike many would deem a “a hunk of junk.” What he would do with that gift was entirely up to him, and Haven quickly imagined what it could become. 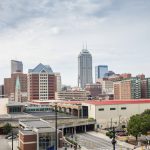 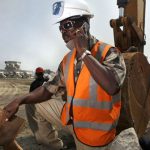