24-year-old Brian Turyabagye, co-inventor of a biomedical smart jacket is hoping to soon become a leading techpreneur in East Africa and the continent. As the Chief Data Scientist with MamaOpe Medicals, Brian and his team are working to help doctors quickly diagnose Pneumonia by improving the treatment process in affected children below the age of five.

Born in the Western part of Uganda in Mbarara he poses himself as always ambitious. He studied in Mbarara High School, later settling in Kampala after his university education in Makerere.

At university, the MamaOpe crew was part of a research group that took part in training secondary students in robotics, programming and software development. As a first-year student, he explains that it was a requirement to come up with several innovations using knowledge acquired from the sessions.

“We developed several things ranging from software to help students during examinations, timetables and toward the end of campus, we merged into a smaller team to counter a different challenge.”

By then, Olivia, one of the group members who is now the Chief Executive Officer of their start-up had lost her grandmother to death. This was after being taken to several hospitals which failed to diagnose what she was ailing from. Later, prognosis reports indicated that she had succumbed to pneumonia.

Pneumonia is an acute respiratory infection affecting the lungs and can be caused by viruses, bacteria or fungi. When one is affected, the air sacs in the lungs are filled with fluid that then limits oxygen intake and this can result in very quick deaths.

The team then thought of putting their engineering knowledge to work. They began innovating around the challenge of misdiagnosis and sat down to brainstorm on several things that eventually led them to the idea of a biomedical smart jacket. During this time, they discovered that many children are often affected more by the disease because they are less immune.

Doctor Franco Okwairwoth from the Paediatric Unit at the Naguru Hospital in Kampala says they receive about eight patients a day suffering from pneumonia. The number of daily cases can reach fifteen with the most being from children up to the age of twelve years. More children they have noted, are affected between six months and seven years.

ALSO READ:  Health-tips: Check Out 6 Important Things Your Chest Reveals About Your Health

All the doctor has to do is take the jacket and tie it around the child’s body. The jacket has sensors inside it that pick out breathing patterns from different body points around the lungs.

Data is loaded into the MamaOpe software on a laptop that runs an algorithm that determines the breathing rate within a minute. It is also able to identify if the patient has abnormal lung patterns or inflammations.

Values are recorded covering almost every microsecond that has been recorded from the body. All the information passed on to the MamaOpe software is processed and critical patterns formed that can be used to aid the diagnosis process.

The biomedical invention is made from a material called polymer that is compatible with the skin and reduces the risk of infection that may be caused by sharing the device among victims.

What may seem like a simple respiratory tract infection is often misdiagnosed for Malaria and by the time the child is brought into the hospital, they are in a critical state.

“Children taken to the hospital are diagnosed with the disease and given Malaria drugs that further increases the microbial resistance, hence weakening the immunity and the child cannot live for long,” states Brian.

Pneumonia stands as one of the leading childcare diseases around the world, claiming about 16% of all deaths. This is according to the World Health Organization.

Doctor Peterson who is the Senior Consultant Physician and an infectious disease specialist also at the Naguru hospital puts malaria as the top disease affecting children in the facility followed by Pneumonia. He states that children are often very sick when they are brought in and the vigilance of their parents is what determines what stage of pneumonia they are treated at.

“Before, Uganda did not have vaccines for pneumonia. Another important cause used to be measles, though there have been many years without measles outbreaks. As long as the smart jacket works, it will help save those lives.”

It’s all a matter of perception. Innovating locally provides solutions to local problems, without external support. Plans are underway to scale down the technology to low resource settings.

The display on the laptop can be reduced, longer-lasting batteries can be used to help in the power consumption and also reduce reliance on direct electricity that might not be affordable to a big population.

“Increased levels of literacy may also help in the adoption of the technology without the team necessarily having to scale down their current models,” adds in Brian. Currently, the jacket is in its third prototype while still undergoing the necessary laboratory tests and trials for the team to prove the concept. MamaOpe is also hoping to acquire accreditation to get the tool into the market.

More data is also being collected to improve accuracy levels. Market estimates for the product to be accessible are projected to be 2021 for the jacket to be finally released. For the testing round, the group is using one referral hospital within the country.

MamaOpe is targeting to complete processes such as E-marking and government approvals of the lab versions. Once pneumonia is diagnosed at an early stage before it gets severe, the problem is solved.

The cost of the biomedical jacket stands at sixty dollars for now. However, the price is expected to go lower once manufacturing starts. This is once the innovation is successfully piloted in Uganda. 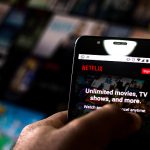 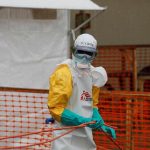