Casey Cooper is the founder and president of The Compass Circle, a truck driving business bringing in millions of dollars. Truck driving In the U.S. has traditionally been dominated by male drivers with only a few women participating in the $791 billion industry.

A Virginia Beach, Va. Native, Cooper said she was inspired into the truck business by her vision and an abrupt inspiration. She recalled literally waking up from her dream and telling herself she was going to acquire a truck. According to her, she didn’t know where the idea came from as there was no one in the family who was in trucking. “I just literally woke up one day and said, ‘I’m going to do this,” she told XoNecole.

At 25, Cooper started her truck business. She didn’t have a lot of credit, neither did she have a lot of money at her disposal. However, she invested $80,000 in dump trucks after her mom was able to co-sign for her. She subsequently got assistance from her fiancé who made a $2,500 down payment for her.

Whilst Cooper was working around the clock to recruit drivers, she was equally fascinated about the idea of driving a truck. She was influenced by the lack of Black representatives and felt she could be part of the few Black women truck drivers in the industry.

She registered for a commercial license permit test and passed. She recalled being laughed at when she requested the assistance of some mechanics to help her with her driving experience. She was told she was not going to be able to drive because of her gender.

“They laughed me off the lot, like ‘Girl, you’re not going to be able to drive!’

“I knew I could still make money while getting the feel of everything,” she said. “I thought it was best to learn how to drive first because in the future if somebody’s truck broke down, a driver quit, or even if we needed to take the truck around the corner to the shop, somebody needed to be able to be able to drive. Thank God I had the presence of mind to at least go through that driving process early on.”

As Cooper began to make money from hauling gigs and other projects, she reinvested money to expand her business operations by acquiring more truck fleets and hiring more drivers. Also, she researched securing federal contracts as part of her agenda to expand and get more money.

“Initially, I didn’t know what I was doing in terms of the process of going for those contracts, but it was through those contracts I was really able to scale my business. I ended up just applying. I know there are a lot of myths related to that, and true, [getting federal contracts] happens so many different ways for different people.”

These days, the mother of two does not drive but spends her time managing a network of drivers, traveling to conferences, hosting events, and meeting with clients who either want to get into the trucking industry or who are already in and want to take their careers or businesses to the next level.

Also, she organizes global events in which she teaches aspiring and new entrepreneurs how to level up and reach seven to eight figures. She has also built a sizeable following on Instagram and has built a business where she can earn passive income. 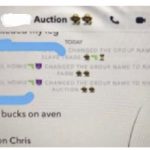 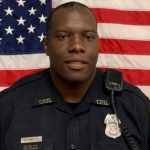