Living in a city with poor air quality can have immense effects on your health. Air pollution can increase a person’s risk of asthma, emphysema, and chronic respiratory disease. Long-term health problems can also occur when living in a polluted environment that contains hazardous chemicals and poisons in the air.

Chances of developing heart disease, liver and kidney damage, as well lung cancer, increase daily when you continuously breathe in toxins. We’ve compiled a list of the cities with the worst air quality in the world, and the harmful side effects their citizens develop. Tianying, China’s air is polluted with lead concentration as a result of illegal mining. 140,000 people inhale the dust and lead toxins on a daily basis, which causes severe cases of lead poisoning in the city. Residents reportedly suffer from hearing and visual problems, stomach aches, colon impairment, and kidney malfunction. Long-term health effects on the brain include acquired learning disabilities, shortened attention spans, and hyperactivity.

Chernobyl experienced the world’s most devastating nuclear disaster in 1986 when a nearby power plant melted a powerful reactor. The amount of radiation that filled the air has made it impossible to live within a 19 mile radius of the ghost town. The chemical particles present in the air quality include uranium, plutonium, and cesium-137. Since the accident, more than 4,000 cases of thyroid cancer have been found in children and young adults. Residents in the surrounding areas of Belarus, Ukraine and Russia are still breathing the dangerous air quality, risking skin lesions, respiratory disease and birth defects. Mongolia’s capital contains an air quality of six-seven times higher than international health standards. The city’s residents are most likely to contract a respiratory illness from breathing in the toxins from wood and coal burning, local power plants, and dust from the desert. A surplus of unfamiliar diseases are developing from the combination of the air’s chemicals, motivating environmental stress in the troubled region. The government of Mongolia has received a $45 million donation from the World Bank to clean up its city, but a change in lifestyle is also necessary to keep Ulaanbaatar clean.

ALSO READ:  Forbes 2018 Ranking: Bill Gates is no Longer the Richest Man in the World. Here's the Top 20 The World Health Organization has ranked Delhi’s air quality the worst in the world. The air pollution in India’s capital kills around 1.5 million people each year, with the most frequent cause of death being chronic respiratory disease. Vehicular pollution is reported to be the main cause of the city’s poor air quality, alongside burning garage and the use of diesel generators. The polluted air increases the chance of autism, epilepsy, and diabetes in developing children, and early death for adults. Louisville, Kentucky harbors hot summer air and power plant chemicals in its valley. The southern city is plagued with excess carbon monoxide from vehicular use and toxic waste from the power plants. Local residents are at risk of developing lung disease and asthma, and increase their chances of heart attacks and strokes. The Lung Association in Kentucky is working to implement a clean-up plan that will cut the waste extracted from power plants and reduce immediate health concerns. Norilsk, Russia is suffering from an epidemic of polluted air. The residents of the industrial city are breathing in sulfur dioxide, nickel, cobalt, copper, lead and selenium. The city is the most polluted area in Russia, with a 15% mortality rate amongst children with respiratory diseases. Living in Norilsk poses other health risks such as pregnancy complications, digestive disorders, and lung cancer. Los Angeles’ air quality is the worst in the United States. The air is polluted with vehicle fumes largely due to heavy traffic, and the trade port expels toxic waste and dust that contaminate breathing particles. The Environmental Protection Agency has concluded that most life-threatening health risks to look out for are reproductive harm, cancer, cardiovascular harm, respiratory impairment an damage to the central nervous system. The city struggles to reduce their level of air pollution, but has made notable strides to better the quality of air in the last two decades. Kanpur, India maintains its poor air quality through the use of commercial vehicles, domestic cooking, and industrial sector services. Open burning and the use of natural gas are also contributing factors to polluted air, therefore the government has banned these activities to reduce harmful effects on resident’s health. Raised blood pressure, risk of heart attack, and respiratory tract infections are directly linked to breathing the air in Kanpur. At the moment, there is no official plan for clean-up or waste management London’s sparkling reputation is tarnished by its air quality. The air is contaminated with NO-2 gas particles that come from diesel engines, vehicle exhaust, construction sites and heating systems. 9,500 people die annually because of the pollution in England’s greatest city, and the alternative health effects are always lifelong Kabwe, Zambia once housed a mining and smelting base, which had polluted the air quality to destructive levels. The base ceased operation 1994, leaving the city’s air contaminated with lead and cadmium poisoning. About 300,000 residents are affected by the toxins, majority of them being children. The highest health risks in Kabwe are respiratory illness, lead poisoning and raised blood levels. Currently, the Zambia Copper belt Environmental Project has been donated $40 million, and is working on cleaning up the waste polluting the area. 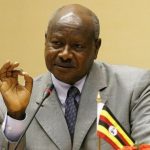 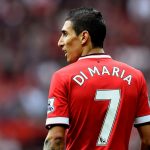