Eritrea has the highest number of jailed journalists in Africa.

Reporters Without Borders, an international non-profit organization, has revealed the state of press freedom around the world.

After evaluating the state of journalism in 180 countries, the 2019 World Press Freedom Index has discovered a decline in the number of safe countries for journalists as well as an increasing hostility towards reporters.

As a result, the report has categorized the media climate in over three-fourths of the world as “problematic”, “difficult” or “very serious.” Right now, only 8% have a media climate that can be considered as”good”.

“Democracy is in great danger,” RSF secretary-general Christophe Deloire said. “Halting this cycle of fear and intimidation is a matter of the utmost urgency of all people.”

In Africa, Eritrea is named as the country with the worst press freedom while Namibia comes out on top. Eritrea is also one of the countries with the highest number of imprisoned journalists worldwide. 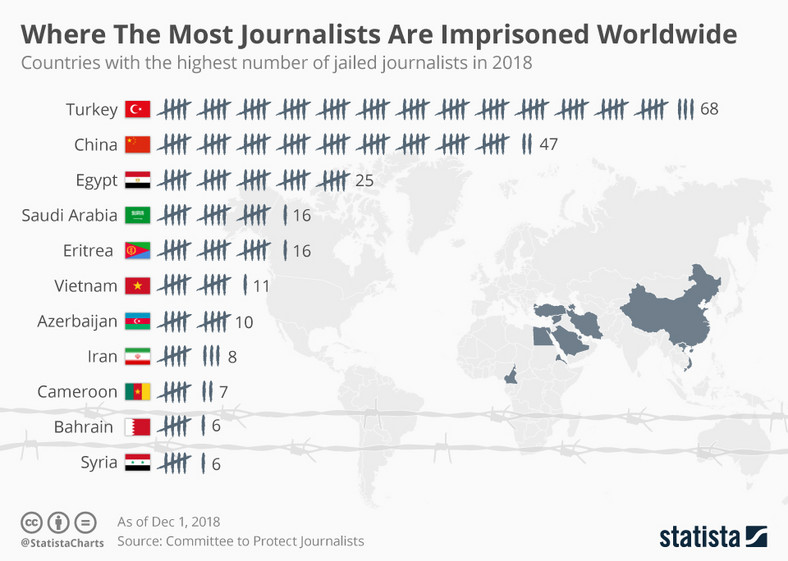 Gambia and Ethiopia, known for usually scoring low on the free press ranking, have both improved. Reforms by the country’s Prime Minister Abiy Ahmed has moved Ethiopia up in rank to 110. This is 40 places from where it was in 2017.

The Gambia is now at the 92nd position, 30 spots higher than last year. Concerning this progress, the report said, ‘‘New media outlets have been created, journalists have returned from self-imposed exile and the criminalization of defamation has been declared unconstitutional.”

Nigeria, Africa’s most populous country, is ranked 120. This low score has been attributed to the climate of permanent violence and a 2015 cyber-crime law used to arrest and prosecute journalists and bloggers.

These are the 5 worst African countries for press freedom: 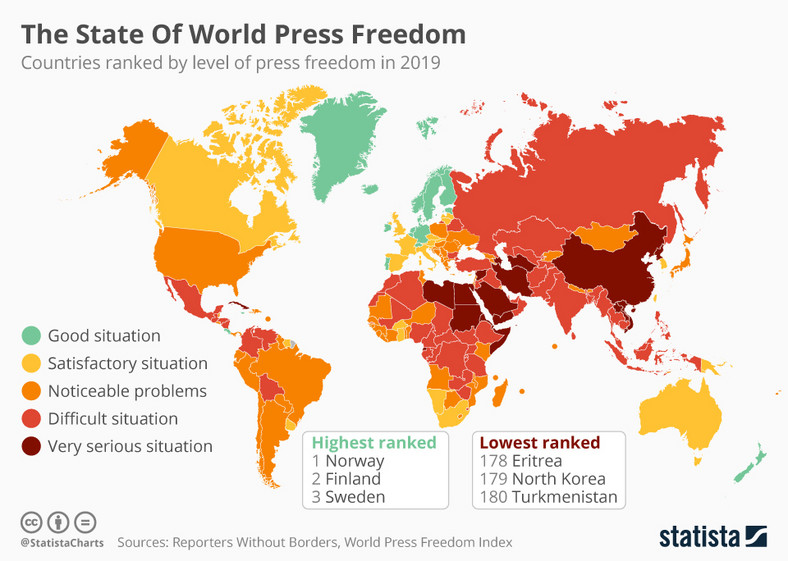