12 million. That is the number of Africans estimated to have been shipped as slaves through the Atlantic Ocean between the 16th and 19th centuries to the Americas. This number scares the soul out of you but it is not as overwhelming in essence as the over 1.5 million of them believed, over time, to have lost their lives under very harsh conditions while on board.

It is no doubt that the proportions of Africans that were involved in the slave trade were widespread but have you ever wondered where, with respect to tribes, Africa was most hit?

Here are the top 10 tribes that were hit hardest by the slave trade:

ALSO READ:  Facts About The Only Female Ooni Of Ife, Leader Of Yoruba In Nigeria

ALSO READ:  From 10 Months To Just 65 Days, Check Out These African Presidents With The Shortest Serving Terms In History

Wolof has become synonymous with Senegal although the tribe spreads across Senegal, Gambia and Mauritania. The Wolof people, language, culture and traditions have grown with the country, weaving themselves into the sinews of the nation and becoming a fixture within Senegalese daily life.

Today, most Wolofs are Muslims.

8. Abron people – who line up the coastline of Cote d’Ivoire, Ghana and Burkina Faso. From Akan

The Abron people, or as they are also known as, are an Akan people of West Africa. They speak the Abron language. In the late sixteenth century, the Abron founded the Gyaaman Kingdom as an extension of the Bono State, in what is now Ghana and Cote d’Ivoire.

This is one of the largest, if not the largest ethnic group in West Africa. They are also known as the Peul or Fulbe, a primarily Muslim people scattered throughout many parts of West Africa, from Lake Chad, in the east, to the Atlantic coast. They can be found from Senegal all the way to the Central African Republic Senegal, Guinea, Mali, Niger, Nigeria and Cameroon.

They are a collection of people spread across West Africa who speak the Mande language. The heartland of Mande territory is located in what is now northeastern Guinea and southern Mali, but Mande people are found across a much larger portion of sub-Saharan West Africa. They speak various dialects of the Manding family of languages. It was a very dominant ethnic group in West Africa from 1100 to 1600.

The Fon are the largest ethnic group in the West African country of Benin, found particularly in its southern region. They are also found in south-west Nigeria as well as in Togo. They were noted by early 19th-century European traders for their N’Nonmiton practice or Dahomey Amazons – which empowered their women to serve in the military. Actually, the famous Black Panther movie female warriors were inspired by the Fon female warriors.

Bakongo or Kongo people are a Bantu ethnic group who speak the Kikongo language. They mostly live along the coast of the Atlantic of Central Africa. They are located in the DRC, Congo and Angola. There are many theories as to how the Kongo people got their name. Some believe the name is derived from the word N’kongo, which means “hunter”, but others believe it is meant to mean “mountains” in the Bantu language. There is evidence that the area in which the Kongo people reside has been populated for thousands of years, but there is no indication as to who was living

The Ibo or Igbo people are found in southeastern Nigeria and have many interesting customs and traditions. With a population of around 40 million throughout Nigeria, they are one of the biggest and most influential tribes. Igbos are well-known for their entrepreneurial endeavours, both within Nigeria and around the world.

The Yoruba people are one of the most popular ethnic groups in West Africa and Africa at large. Also known as Awon omo (which literally means ‘The children of Yoruba’), the Yoruba tribe reportedly constitutes over 40 million people generally, including those in southern and central Benin.

The Mbundu, also known as, Northern Mbundu or Ambundu are Bantu-speaking people living in Angola’s north-west, north of the river Kwanza. The Ambundu speak Kimbundu, and mostly also the official language of the country, Portuguese. The Ambundu nowadays live in the region stretching to the East from Angola’s capital city of Luanda. The head of the main Mbundu kingdom was called Ngola, which is the origin of the name of the country Angola. 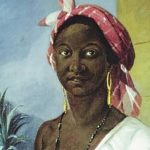 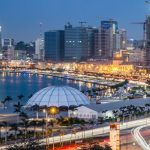