After South Africa’s transition from apartheid to democracy the country’s GDP almost doubled in real terms. The government put a series of infrastructural development in place to increase access to water, sanitation, transport and electricity. However, since 2008 the country has recorded an average annual GDP growth of just 1.8 percent, which is less than half the growth rate experienced from 2004 to 2007.

Recently, Mckinsey Global Institute reviewed over a hundred possible priorities that could help South Africa out of this crisis – and filtered down to five crucial priorities for the country. According to the report, once the country has awakened these “big five”, they will stir new life and growth into the economy.

According to the McKinsey report, the contribution of South Africa’s manufacturing sector has decreased by more than half since the 1990s. It now contributes only 13 percent to GDP, while comparable economies such as Brazil, India, Indonesia, Mexico, Thailand, and Turkey have manufacturing sectors which account for 20 percent of GDP.

In 2013, South Africa’s exports of advanced manufacturing products were valued at more than 190 billion rand ($16 billion), or 44 percent of total manufactured exports. The country has the potential to develop a globally competitive presence in some of the largest and most economically valuable manufacturing sub-sectors such as automobiles, transportation equipment, machinery and chemicals if the country focuses on expanding its exports. This could increase the output of the sector by adding 522 billion rand ($45 billion) to GDP through manufacturing exports by 2030

“Even though South Africa is competitive in several other categories, advanced manufacturing holds the greatest promise, and the sectors with the most potential are chemicals, machinery, and motor vehicles.”

Although South Africa has seen growth in infrastructure such as roads, rails, ports and major upgrades after its apartheid regime, the country still needs to invest more to enable growth across the economy. About two decades ago, only 60 percent of households had access to clean water supply; today more than 95 percent do. Likewise, only 50 percent of households had access to electricity in 1994, whereas today the figure exceeds 85 percent. Currently, South Africa has chronic power outages, low Internet penetration, and inadequate logistics to support manufacturing and exports.

In the next decade, the government envisages continued high levels of infrastructure ranging from urban transport, power stations to schools and fibre optic networks. It is to spend over 200 billion rand ($17 billion) a year earmarked on projects targeted to improve South Africans’ quality of life and to spur growth and job creation.

In order to maximise the productivity of its infrastructure spending, the country has to work harder to make maximum use of existing infrastructure, optimise its capital portfolio, prioritising the projects with greatest social and economic impact and bringing greater rigour to planning and monitoring the chosen projects. It can also streamline the delivery of projects by adopting more effective management approaches and practices. On another hand, the government and the private sector will need to forge a true partnership on infrastructure delivery. The government on its part must create a high degree of transparency on its priorities and project pipeline; invest in building the capabilities needed for better specification, project planning, and oversight; and put in place more effective tendering processes.

South Africa is already facing a huge challenge to ensure that its energy supply can keep up with the demand of a growing economy. It currently relies on a mix of nuclear power, existing and new coal plants, natural gas, hydropower, and renewables. “The diversification strategy will take time to implement, however, and in the medium term, South Africa remains vulnerable to a power deficit that could constrain growth.”

South Africa has continued to work towards strengthening its base load by adding nuclear and coal capacity; both of these fuels are currently more cost-effective than gas. “Gas power has lower initial capital costs than nuclear and coal, at about 8,600 rand ($747) per kilowatt compared with around 70,900 rand ($6,155) for nuclear and about 31,500 rand ($2,734) for coal.” If South Africa starts using natural gas to produce electricity, the Country will be closer to meeting it’s base-load energy needs between 2020 and 2030.

Since the world is becoming more connected, and global trade continues to grow at a rapid rate, South Africa needs to boost the export of its services to benefit from this trend. Services constitute 70 percent of GDP globally, and 62 percent in South Africa.

South Africa has a strong, productive, and internationally competitive agriculture sector. The sector employed approximately 1.1 million people and contributed a combined 150 billion rand ($13 billion) to GDP in 2014. The country has also proven its ability to market and sell its produce in Europe and other major markets, as well as through fast growing retail chains across Africa.

According to the report, South Africa is the tenth largest source of agricultural imports into Europe, South Africa’s largest market. Moreover, it is the largest exporter of agricultural produce and processed food to the 14 other member states of the Southern African Development Community, with an estimated 39 percent market share in 2012.

It is also expected that the recently announced Tripartite Free Trade Area (TFTA) will open up more opportunities to grow South African agricultural exports by creating a 13.8 trillion rand ($1.2 trillion) integrated market (in 2013 GDP) across 26 countries. In these countries, we expect the number of households with annual income above 160,000 rand (about $14,000 at 2015 exchange rates) to double within the next ten years. 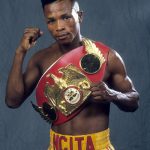 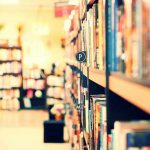